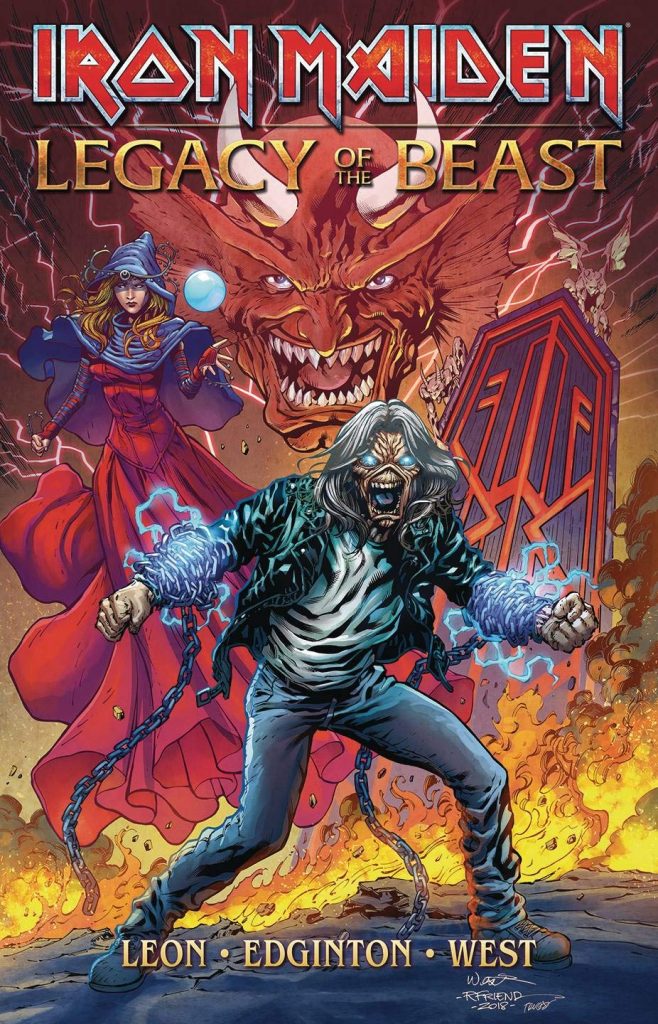 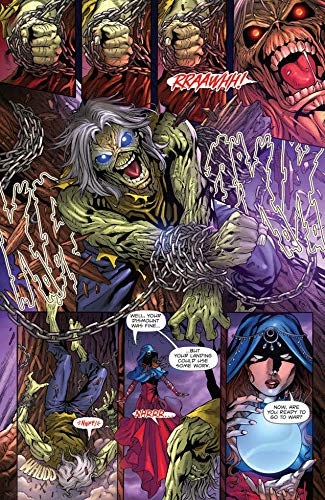 Legacy of the Beast is such an obvious idea it’s astonishing that it didn’t see the light of day before 2018. Rock band Iron Maiden have been using a ghoulish mascot named Eddie since the early 1980s. He’s a demonic presence who’s appeared on their single, album and CD art, featured on millions of posters, and been part of the band’s stage act.

As described in the dialogue, Eddie is an embodiment of free will, individuality in the face of conformity, which takes some swallowing about the face that sold millions of t-shirts, but go with the flow. You’ll have to, actually, as there’s not a lot to Llexi Leon’s video game plot other than Eddie being pitted against a succession of visually gruesome representations of the elements holding humanity back, as he works his way toward their guiding force, the Beast.

Pointing out that Legacy of the Beast isn’t the pinnacle of graphic novels is shooting fish in a barrel. It takes an already immensely popular character, provides some context, and gives the fans of that character what they want. Kevin West’s designs for the foes Eddie fights his way through are imaginative and his pin-ups great, a whole new line of merchandise in themselves. The dialogue is provided by Ian Edginton, dropping in references to Iron Maiden and their songs, and there are times when his explanations of the plot’s more random elements are well delivered in a sardonic tone. This is via the Clairvoyant, given life from another Iron Maiden song, the manipulative reason behind Eddie’s growling instinct. She guides him through ancient Egypt, the orgies of the elite, and a twisted version of World War II’s battlefields, all extrapolating on album art, until the ultimate confrontation with the Beast.

If you’ve bought the t-shirt you’ll get what you want from Legacy of the Beast. If you’re not a fan, the cover shows exactly what to expect.