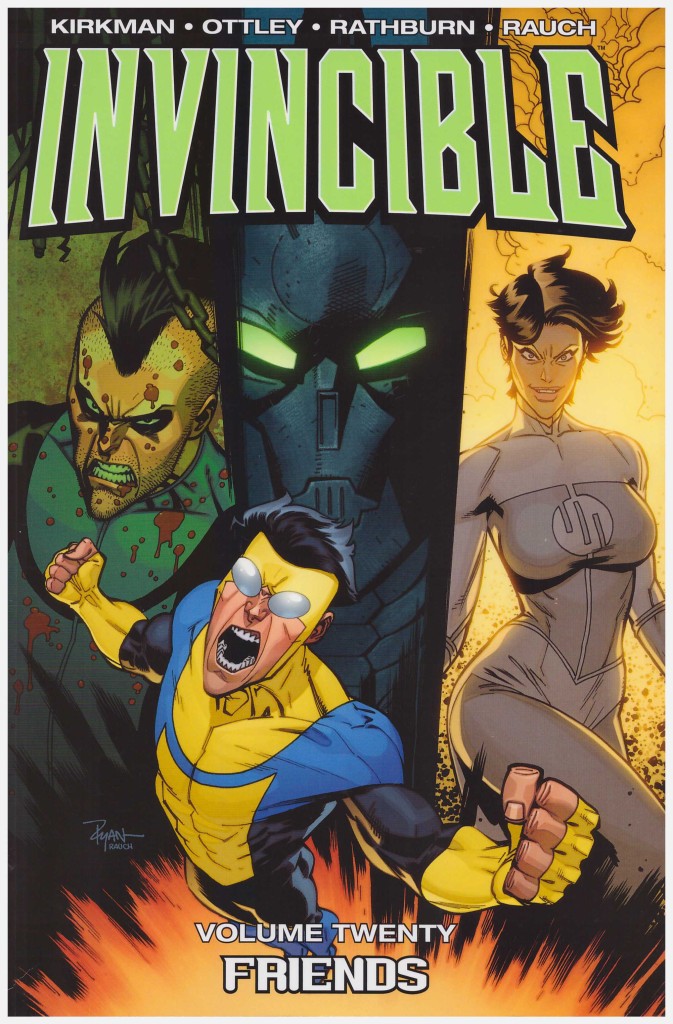 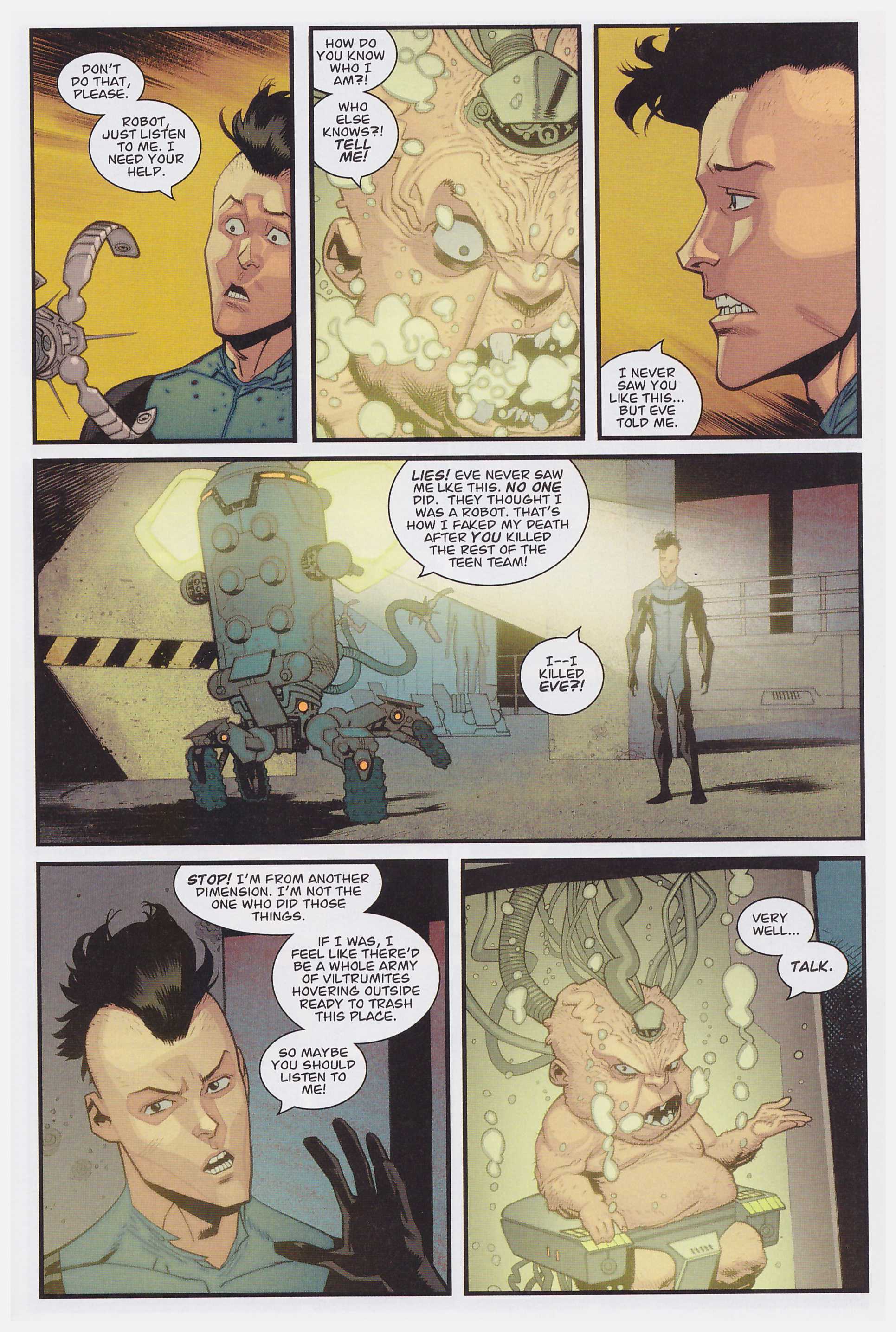 Friends opens with Mark Grayson having to perfect a skill he’s never previously required as Invincible, and pulling it off. Robert Kirkman introduced the concept of Invincible existing in alternate dimensions way back in Still Standing, and the guy we’ve been following now has to masquerade as one of his counterparts, a cruel and arrogant alternate, while attempting to work his way back home.

There’s so much to admire about Kirkman’s writing, but an aspect perhaps under-appreciated is how fast-paced everything is at times. Having set up Invincible trapped in an alternate dimension there was the opportunity to string this plot along, and in an era of decompressed storytelling many other writers might have done so. Kirkman dispenses with it in a single chapter, albeit one requiring the odd caption noting the passing of time, and it’s enthralling, inventive and heartwarming. By the conclusion six months have elapsed and Mark’s back home just in time for one of the weirdest sex scenes ever presented in a mainstream comic. It’s seat squirmingly disturbing, intentionally so, and should give every male reader pause for thought.

Anyone who read The War at Home is well aware of who Invincible’s main and deadliest problem is. They’re someone with considerable resources, official trust and the lack of compassion required to murder a character who’s been part of the series since the earliest days. He’s not the only casualty as many minor characters don’t survive the cull. Yes, this is the type of epic and desperate battle that Kirkman throws out about every five volumes or so, where the stakes really couldn’t be higher. In this particular instance he ups the tension by adding a personal element to the planetary threat, and while he may have fast forwarded through the opening chapter, Kirkman’s letting this plot run a little longer. Into Modern Parents at the very least.

Ryan Ottley is an equal partner in this thrill fest. Without him gruesome matters might be handled with considerably less delicacy, although even so there’s one full page shock that perhaps could have been delivered with a more restrained tone. Without him also the storytelling might not be as crystal. There’s a character redesign here, remaining true to the original, but the rear of the collection notes reveal this to be the work of Invincible’s co-creator Cory Walker. It’s a gem, accentuating the darker aspects and the more sinister elements present in the original design.

Friends (back to the sit come titles for the next few volumes) is another gem winding its way to another unpredictable conclusion.