Invincible Volume Twenty Four: The End of All Things Part One 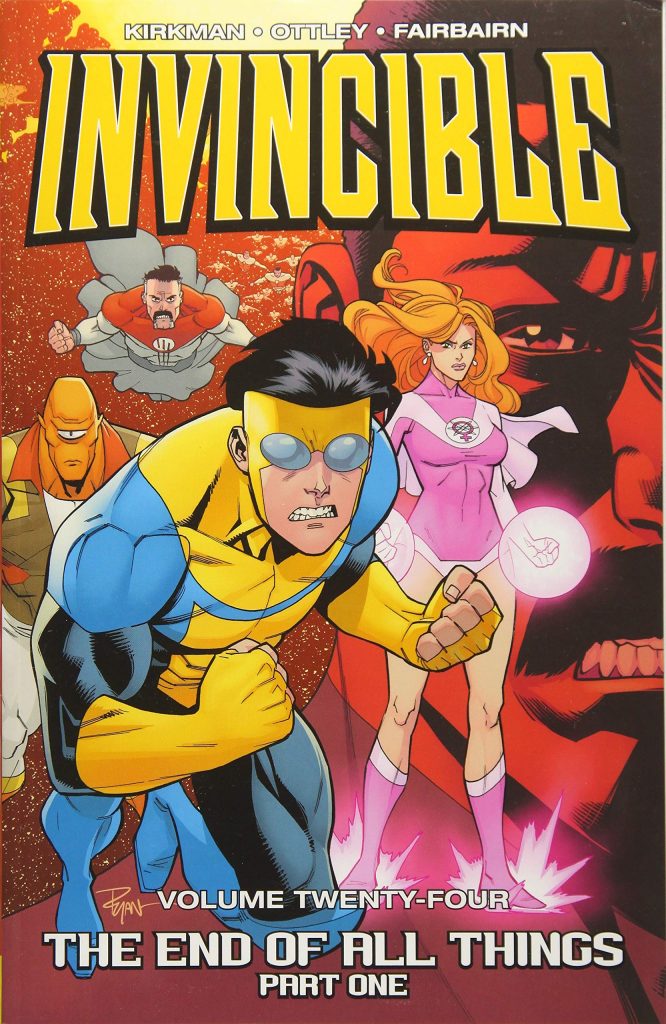 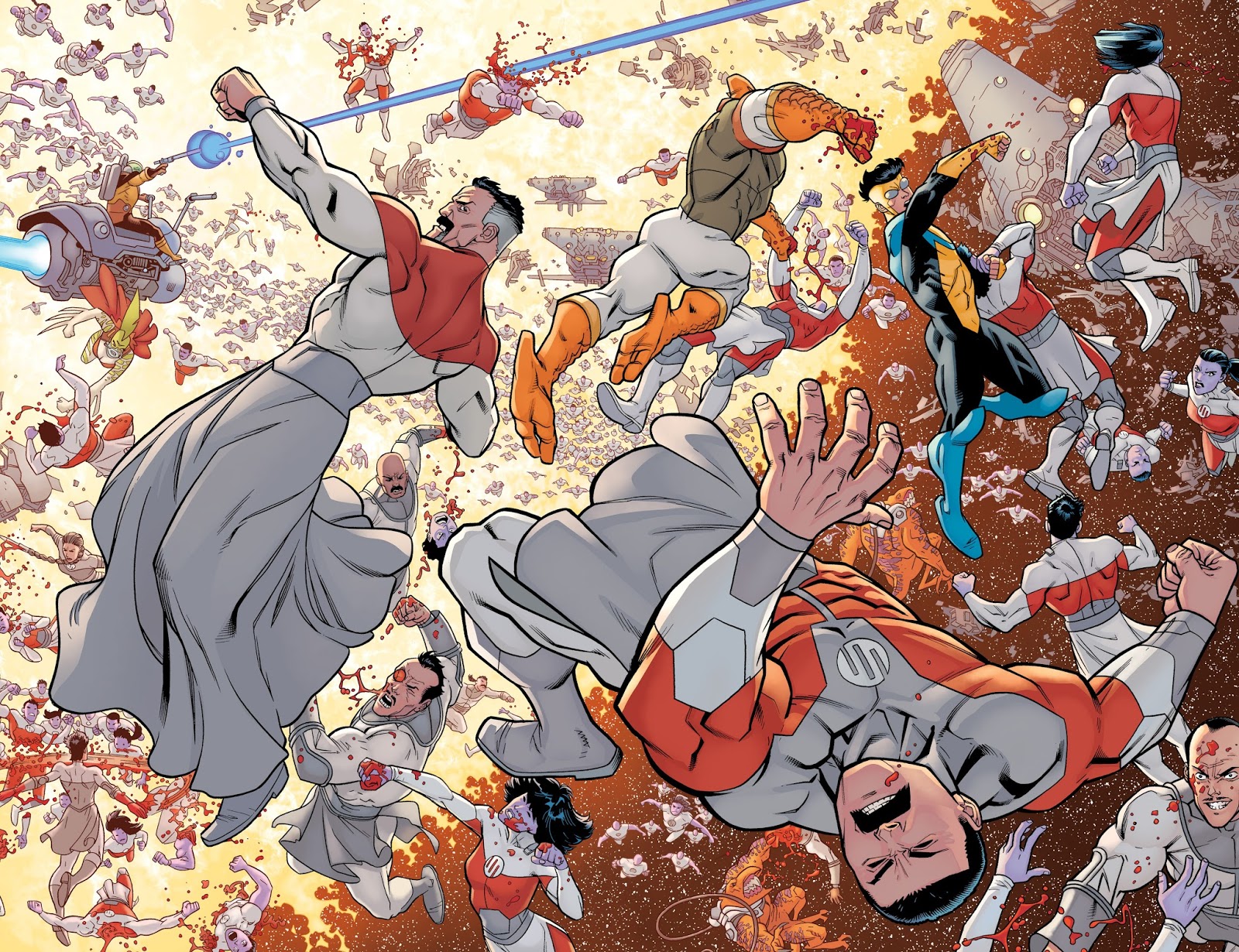 Pretty well everything that makes Mark Grayson Invincible is his alien Viltrumite heritage. The series began with his super powers developing because of it, and alien Viltrumites may have slipped into the background for periods, but a race with Superman-like powers seeing their duty to control the universe could only be held at bay, never entirely stopped. A genius plot twist long ago revealed that the Viltrumites were actually a race on the verge of extinction, with very few of them left, and that led to a schism. Those more obsessed with contravening nature’s redundancy have allied themselves under Thragg, who’s reinforced that destiny, and an uneasy truce in play has just been a means for him to strengthen his hand. The final chapter of Full House saw him attack Invincible directly, and despite the cost that was only an opening skirmish.

In Mark’s absence Thragg has become ever more confident, and incursions into territory he’d sworn to leave alone have now become commonplace, meaning the forces of good have significant decisions to make. It’s clear the previous truce only pushed the problem into the future, and that future is now the present. Robert Kirkman’s ending the series, the title is ominous, and adding to the tension is that it covers the finale as well.

Beyond the well cultivated relationships between interesting people, and beyond the great art of Ryan Ottley (see sample spread), the single greatest quality Invincible has is surprise. No matter if you’ve read superhero comics for ten, twenty, thirty or more years, Kirkman will always be able to take events somewhere unexpected, proved again and again over the previous 23 volumes. That’s mentioned because major surprises are oddly absent from this first part of The End of All Things. Oh, there are a couple of minor twists, an apology from Allen the Alien for one, but no bombshells. The thrills are there, and we know the cast well enough by now to fear for them and share their feelings, but this is a straightforward progression toward armageddon, and by the end of the book we have it. Next time around it really will be The End of All Things.