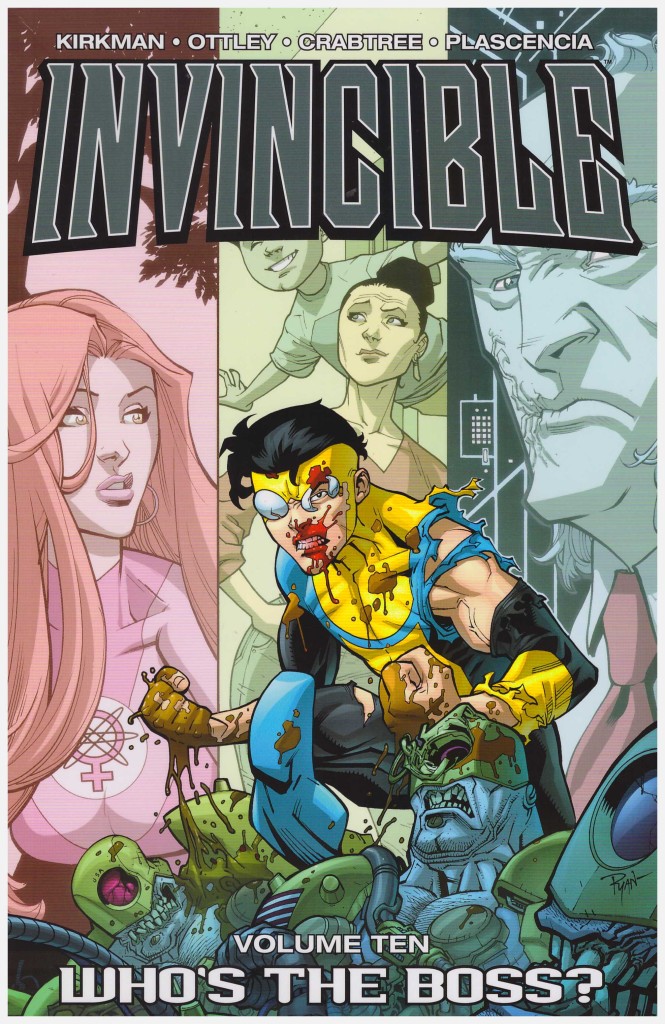 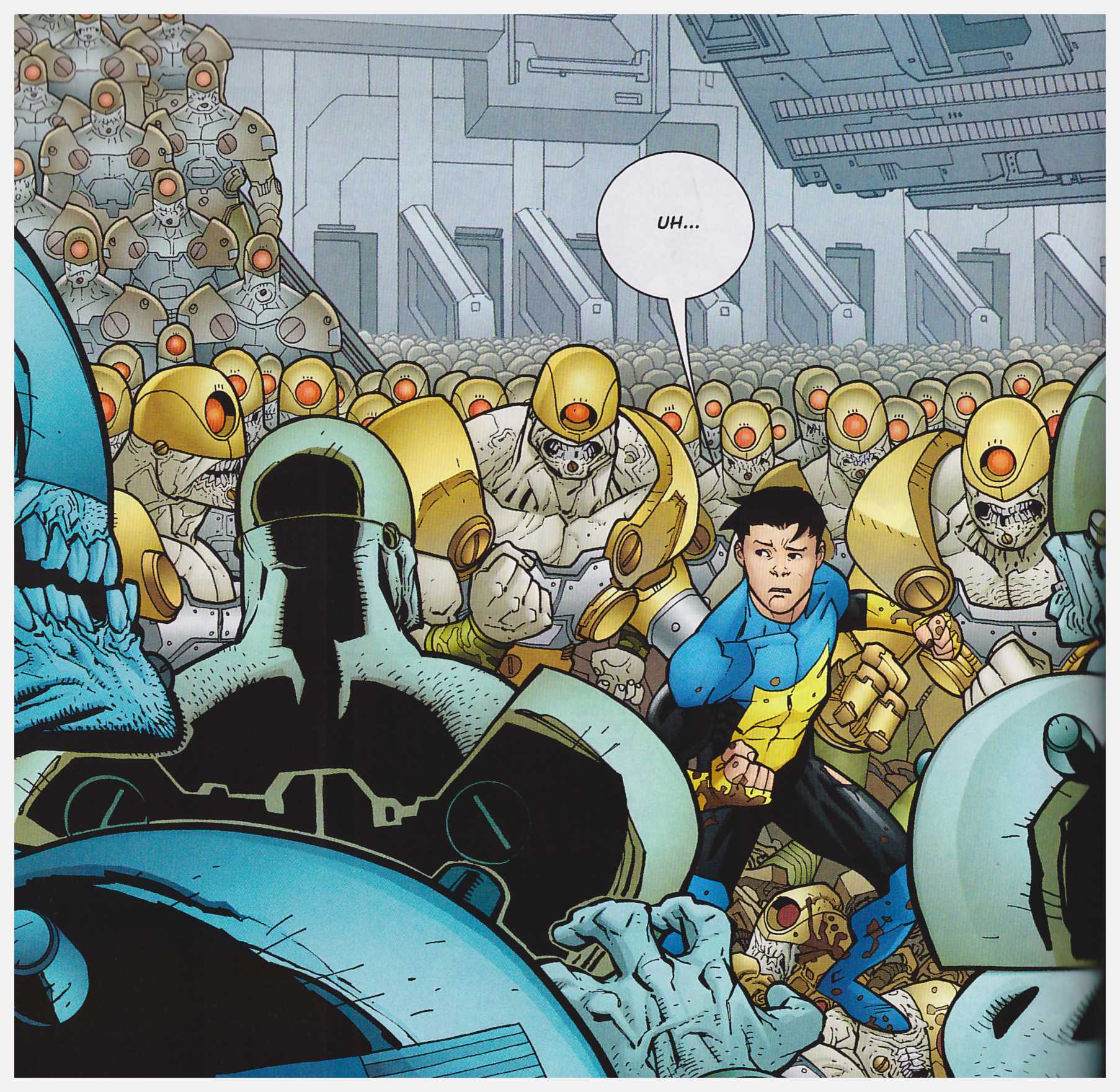 In his customary deft manner, writer Robert Kirkman left a few plots simmering nicely in the previous Invincible collection Out of this World, but most temporarily disappear from view here. The most prominent of those playing out concerns the Global Defence Agency.

Despite some initial mistrust, Invincible has come to believe Cecil Stedman’s heart is in the right place. Indeed it is, but their views of what’s required to ensure Global Defence, or as near as, are polarised. Stedman’s over-riding concern is ensuring he can control his assets, and this engenders an ethical ambivalence that’s anathema to Invincible. There’s a falling out, and let’s just say that contingency preparations have been made.

That’s not the only ethical question addressed as Invincible’s younger brother Oliver, also an alien hybrid, has been developing faster than a human child, and has been persistently asking to accompany Invincible on his heroic expeditions. Mark has equally persistently refused, and it’s now looking as if that might have been a mistake.

Ryan Ottley always impresses in a quiet manner. His storytelling is precise and considered, and his action scenes suitably dynamic, yet there’s not a line too many. Just how much effort he puts in when he really lets loose is apparent in the opening two chapters. These feature Kirkman’s perennial loser villain Doc Seismic facing off against Invincible yet again, this time beneath the planet’s surface and featuring a whole army of subterranean monsters. And just for good measure, the Guardians of the Globe are thrown in as well, yet Ottley’s economic style handles them all without the pages ever seeming crowded, or the storytelling faltering.

Astonishing revelations are par for the course in Invincible, and most here concern Stedman, whose background is filled in during a special chapter. By the end of the book much has changed for Invincible, which takes him nicely into Happy Days. That includes one of the best revelations in the series to date.