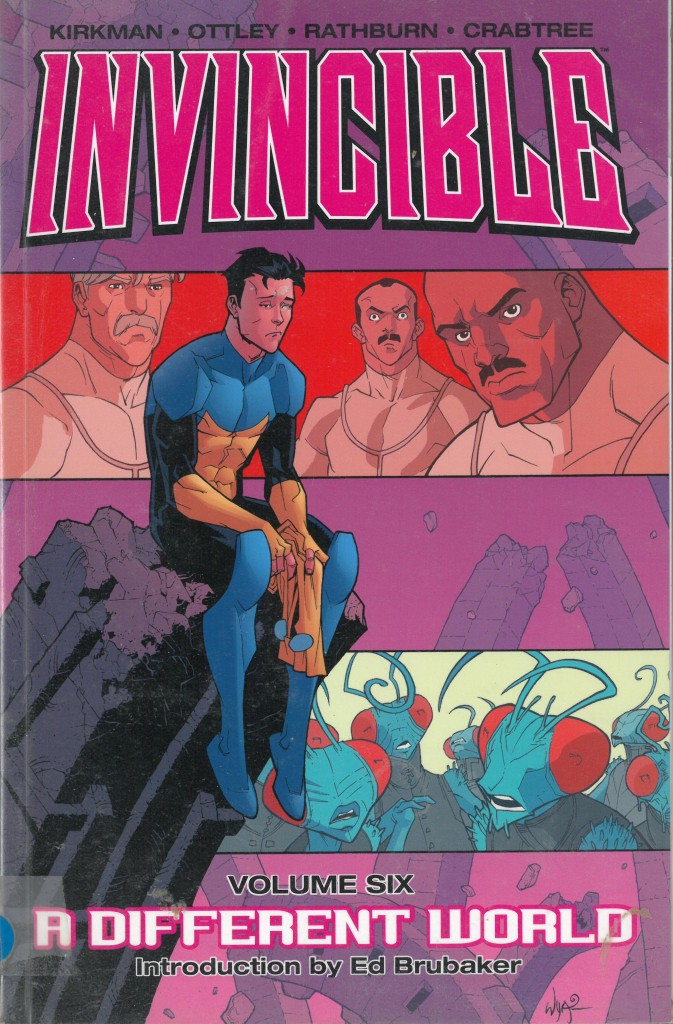 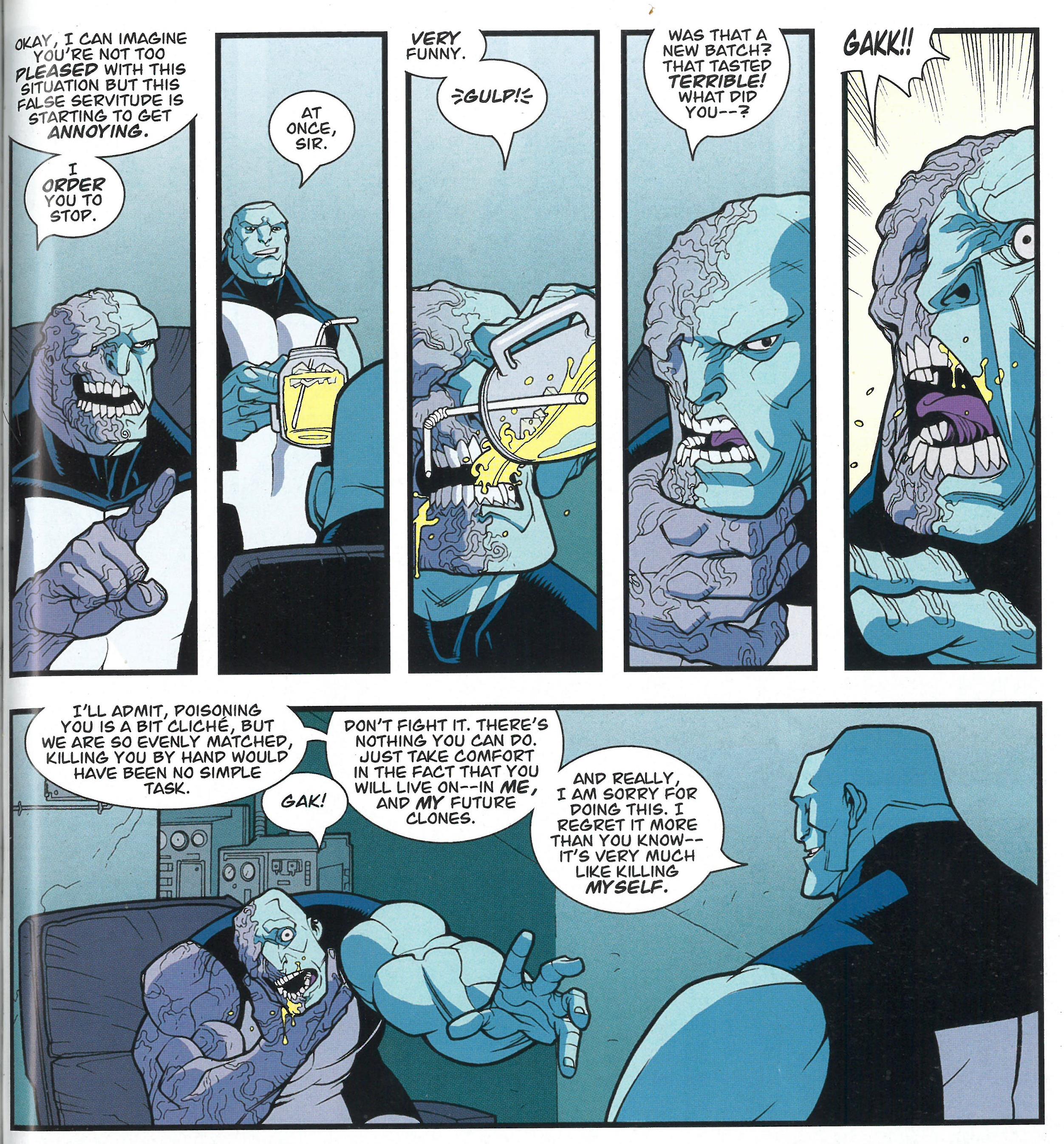 In Volume 6 Mark Grayson aka Invincible, born of an human mother and a superpowered Viltrumite alien father, continues his development as a superhero and growth into adulthood. He has had a fair bit to contend with: his dad came clean about being an advance scout for a civilisation bent on taking over the world; not loving his mother; nearly kills Mark in an epic father/son squabble and finally abandons Earth never to return. It could put a kink in anyone’s day really.

Mark endeavours to carry on a normal life by attending college (albeit sporadically) and being paid by a ultra top-secret department of the US government to use his powers for good along with a group of heroes called the Guardians of the Globe. His normal routine is thrown off-kilter when he is approached by an alien insect masquerading as a cartoon hero dog (to make the approach less strange and threatening, obviously) and then taken off-planet to save another world.

Here he once again encounters his Dad who has taken over the world of insects based on the fact that he is for all intents and purposes immortal. Especially when compared to the lifespan of the alien insects only being nine months. He also learns that his previous way of fitting in and acclimatising to an alien culture has been repeated and this leads to further complications which will run and run.

Back on Earth, Robot of the Guardians is taking DNA samples from Rex Splode and passing them on to a creature that has briefly appeared previously and will soon take a more active role in the superhero group. The group en masse fight off another intergalactic foe that has materialised and manage to defeat them, only for the aftermath to show no signs of the tumultuous battle to save the Earth. Spooky.

Elsewhere, our second favourite twins, the Maulers, are doing what they do. Namely, bickering, killing each other and cloning themselves. And then finding themselves offered gainful employment by Robot.

Robert Kirkman’s story shows no sign of flagging, as new twists and turns are added to the plot on a regular basis. And this gives a clue to his approach: it’s really just a soap opera with spandex and aliens. This isn’t a criticism, Kirkman utilises the device of many well fleshed-out characters, a plot that moves at breakneck pace and keeps on supplying developments that come out of the blue yet are consistent with the personalities he has created. Artist Ryan Ottley has fun with a fight on the Mantis planet that reflects its extremely gory and violent course, which is given a pink wash to reflect the copious amounts of blood shared around. Otherwise the art continues to possess a sharp, no frills approach that keeps the story motoring along.

Oh and there’s a great gag about the conflict of being a collector right at the start that neatly encapsulates every completist’s Catch-22, whether in comics or any other form.

There’s still no allegory or allusion, just a well-told story that continues to grip. Recommended.