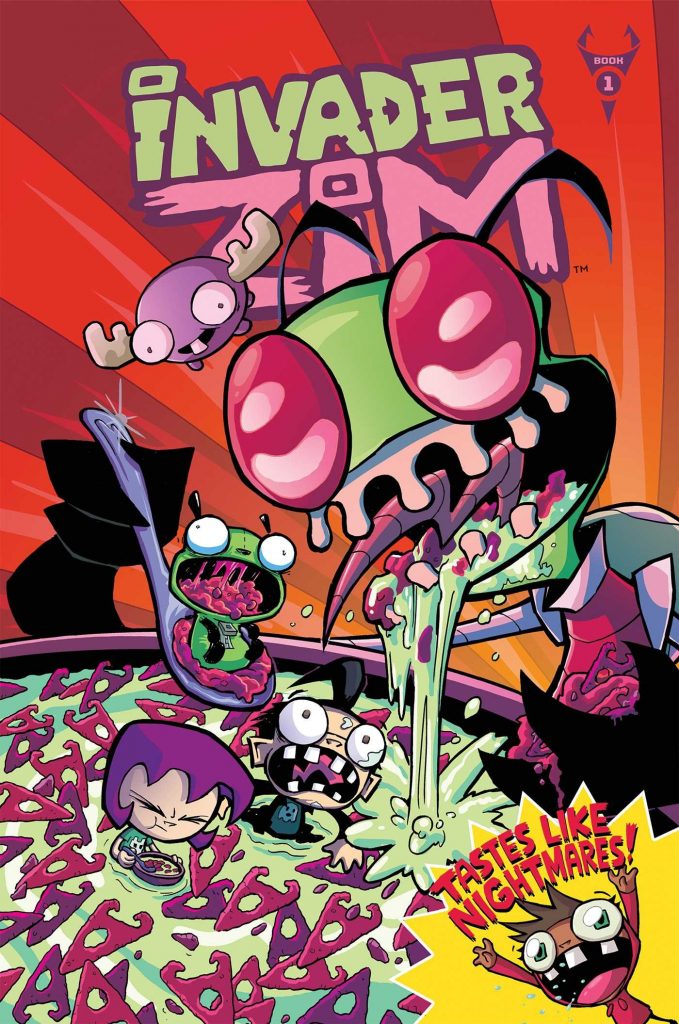 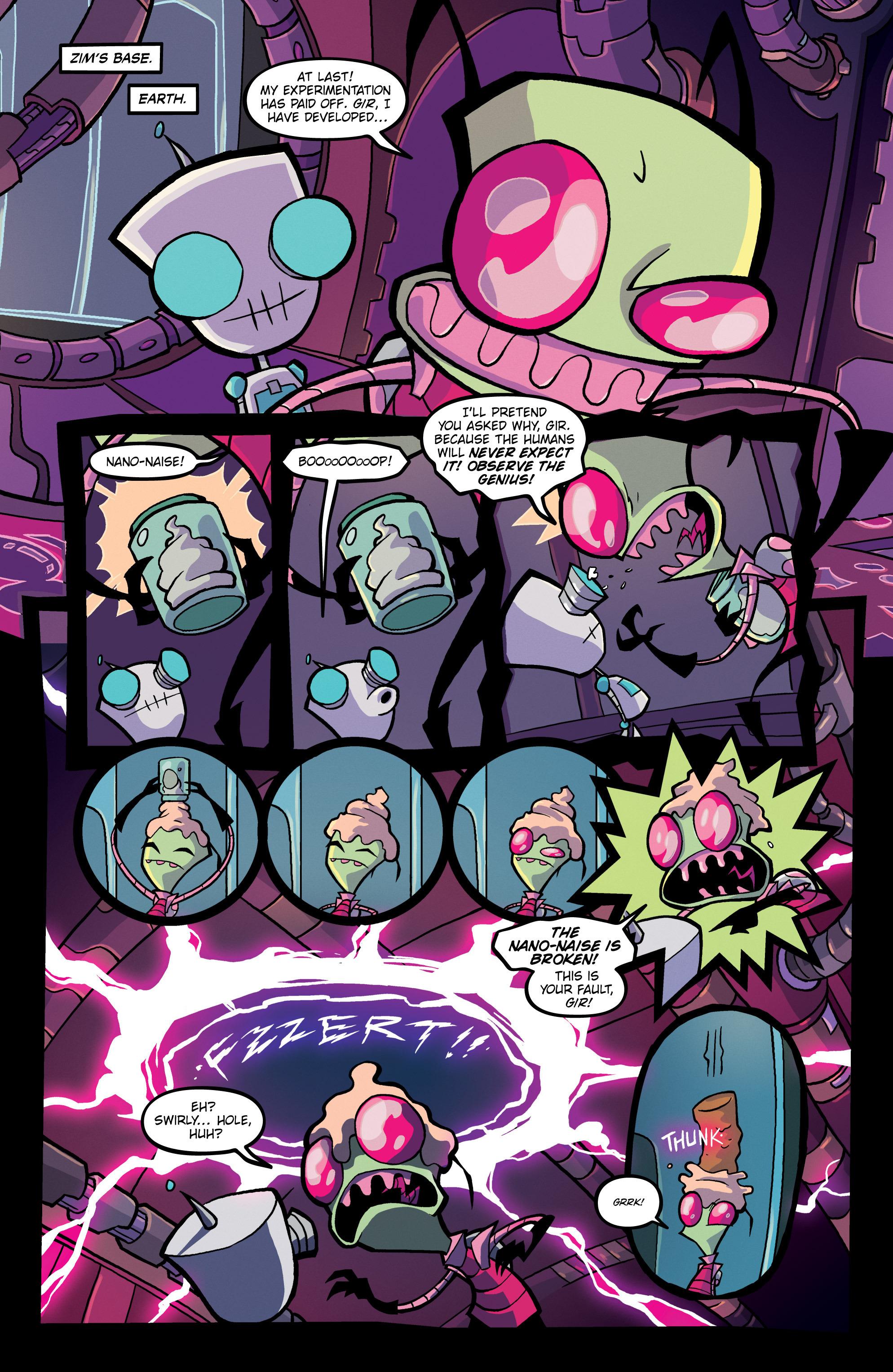 There have been some ups and downs with Invader Zim plots, the rule of thumb being that anything his creator Jhonen Vasquez is involved with is likely to be better than stories where he’s absent, but the one consistent factor is that the cartooning is always excellent. It makes this oversized hardcover a very tempting proposition.

Aaron Alexovich designed the Invader Zim cartoon show, and draws the first five stories, while laying out many of the remainder for Dave Crosland. Alexovich gives the series a unique look by mapping his story in small panels overlaid on larger illustrations, ones that often bleed off the page edge for greater impact. The deliberately mismatched designs shouldn’t work, but do, wonderfully, and his Zim and Dib have a wonderful manic intensity about them. When Alexovich supplies the layouts for Crosland there’s an artistic continuity, and when he flies solo Crosland sticks to the house style. KC Green is also involved, using an individual style rather than matching the remainder, good, but not as frenzied, with a greater use of space.

It’s unlikely anyone will be coming to this deluxe item without knowing the basics of the feature, but just in case… Invader Zim was a shortlived animated series created by Vasquez and starring an alien considered such a pain in the arse on his home world he’s secretly exiled by being given a mission to invade Earth. No-one cares about it on Irken, but key is that it’s the most distant planet they can send him to. Zim decides his best course of action is to infiltrate to learn about Earth, but his small stature limits his opportunities, so a junior school is his best choice. Classmate Dib rapidly rumbles him, but no-one believes Dib, so his is a solo campaign to save the planet.

As noted, the best material has Vasquez involved. He’s good with the slapstick that writing partner Eric Trueheart continues well enough alone, but his scripts also feature some wonderfully dark elements lacking in Trueheart’s plots. The team of Dennis and Jesse Hopeless are the other writing contributors, but while their story of the school talent show begins well enough, it evolves into a long chase sequence that would have been better in the animated version.

There isn’t much in the way of material not in the first two paperbacks, from where the content comes. The opening pages are a fake conspiracy theorist’s magazine giving a wealth of background to the Zim and Dib’s rivalry and the animated show, but as that’s easily picked up, it’s not a great inducement. That being the case, the sole reasons for buying this well produced edition are either that you’ve found it cheap, or that you love the art, and that’s perfectly understandable.