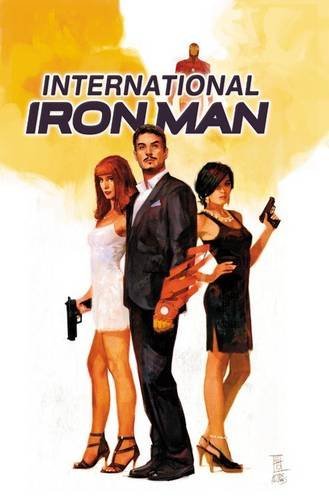 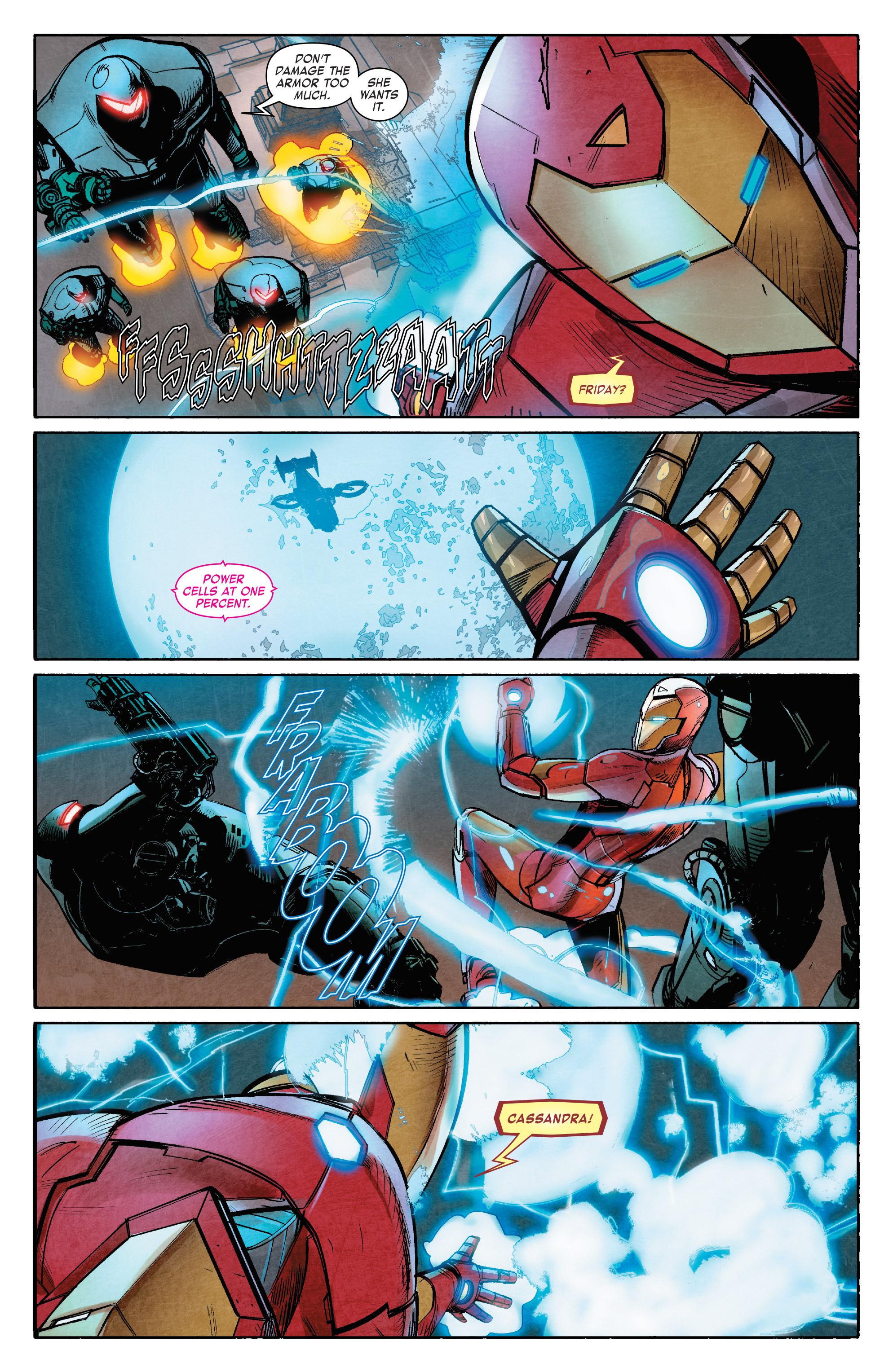 As there’s only a single graphic novel under that title, International Iron Man appears to be a standalone story, and Brian Michael Bendis launches two plots, the first in the present day starts in the middle, with a downed Iron Man surrounded by several other armoured people. What occupies most pages, however, is looking back at a floppy haired Tony Stark’s college years, and in particular his interactions with Cassandra Gillespie, the daughter of an industrialist whose company competes with that run by Stark’s father. The hovering question that’s supposed to pull us through the story is the possibility that Stark senior isn’t actually Tony’s father after all. Is what we’ve accepted for decades actually a lie?

It’s been the case in the past that writers of successful superhero comics have become trapped by writing techniques they introduced, and what were once strengths over time became drawbacks. By 2016 Bendis had hit that point, not seeing the wood for the trees. He mastered the art of clever dialogue in his writing before he began working at Marvel, but over an extremely dull opening chapter, the one that’s supposed to hook us into reading the remainder, the dialogue runs out of control. Bendis is infatuated with the rhythm, with making it clever, having those beats, the pauses and the glances where nothing is said. It is clever, but it’s also a mechanical exercise in what’s not necessary to the story. Fair play to Bendis for having the ambition to bring David Mamet to superhero comics, but what works on screen can fall flat on the page.

Oddly, it’s the dull parts of the script ideally suited to Alex Maleev’s scratchy personality depiction, but when it comes to full on armoured warrior vs armoured warrior action it’s less appealing. His action layouts are cramped when a more distant viewpoint would be more dynamic.

By midway Bendis is beginning to rediscover his mojo. His glib adult Tony Stark is good, and his sulky young Tony Stark intriguing, an exercise in potential. Put aside that his continuity implant owes much to Frank Miller’s work with Daredevil and Elektra back in the 1980s, and the reinforcement that in a high profile world anyone and everyone has to be assessed for motivation is an interesting backdrop. However, this is far more about Tony Stark than Iron Man, and for the last two chapters we barely see him either, so it’s not going to be everyone’s ideal Iron Man graphic novel, particularly as it isn’t the standalone project it might seem. It is a complete story, but it’s also superhero soap opera, so Bendis continues into a new Invincible Iron Man series, beginning with Reboot. 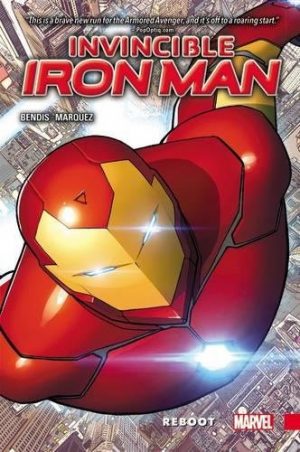 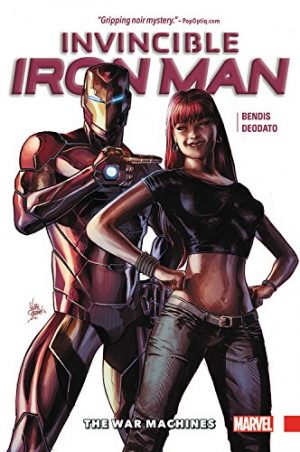 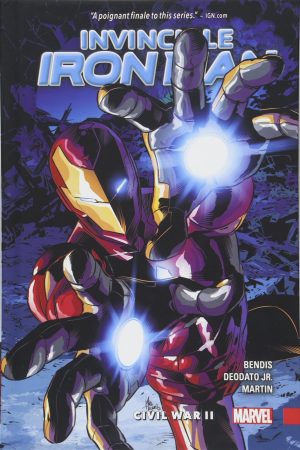 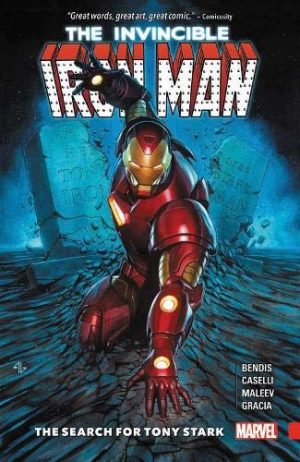