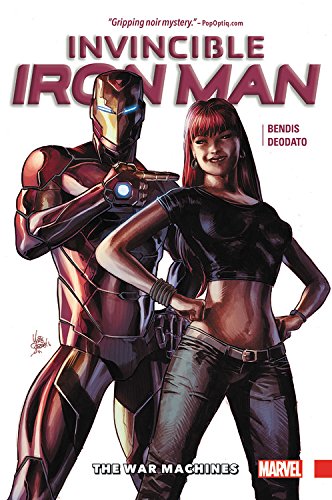 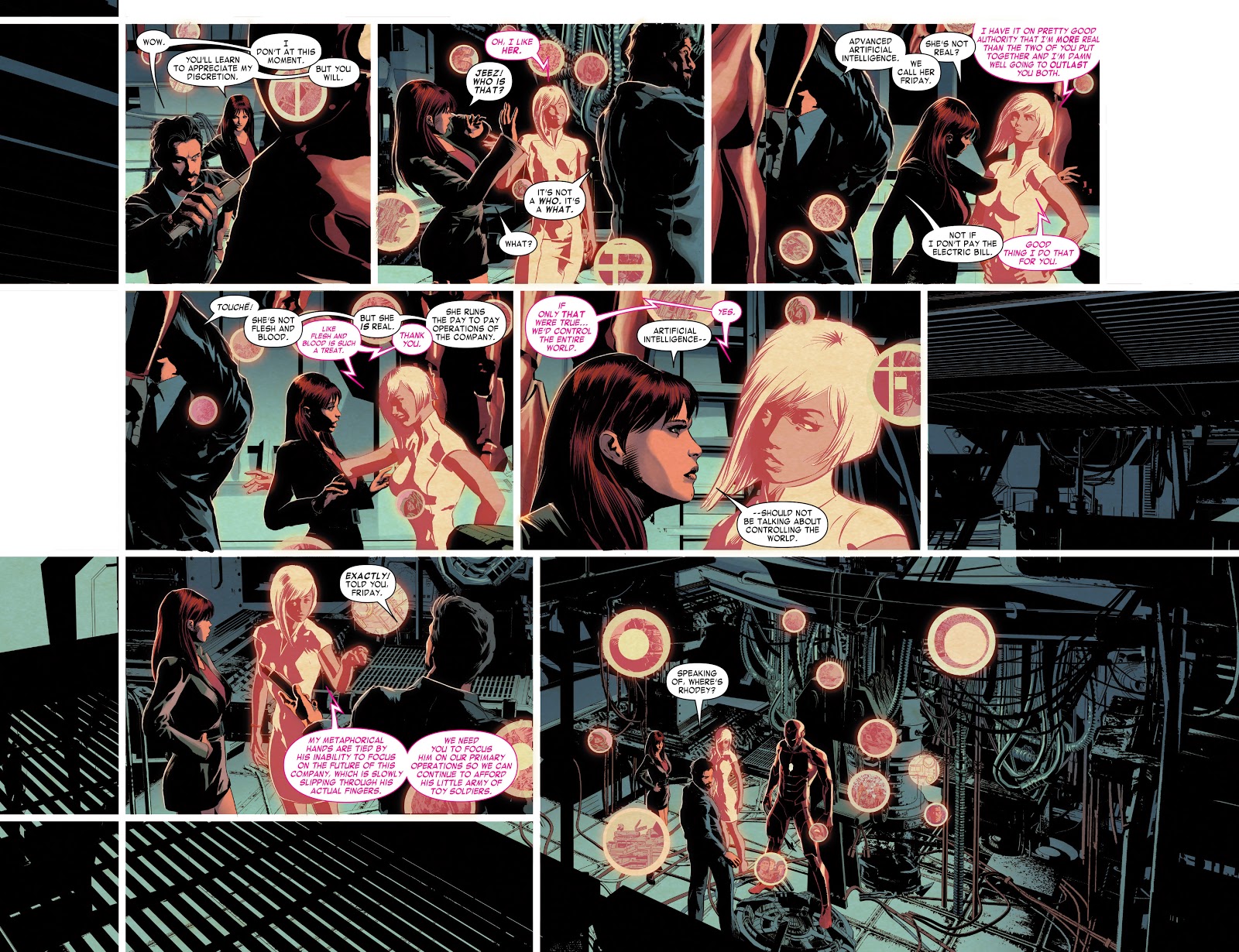 For some reason Pepper Potts seems to be unavailable to Brian Michael Bendis for his Iron Man reboot, so instead Mary Jane Watson gets her role. It’s an inspired piece of casting, and casting is what it is, with Bendis’ interpretation of Iron Man taking its lead from the Robert Downey movie version, as seen in Reboot. This Tony Stark is motor mouthed, spouting stream of consciousness self-aware dialogue rather than talking, but because the artifice is so obvious it’s actually endearing.

So, with the banter sorted, what’s the rest of The War Machines like? Rather good, actually. If Reboot’s artist David Marquez couldn’t stick around, there can’t be any complaints about Mike Deodato can there? Two decades of fine graphic art have cemented his reputation as one of the finest superhero artists around, and Bendis celebrates his arrival with mystery, team-ups and well plotted action.

Leaping a month between chapters is an extremely workable device, and the way it’s incorporated ties into the way Bendis characterises Tony Stark. He encounters something he doesn’t understand, something that shouldn’t be possible, and the allure of a mystery is at that moment more important than anything else. Not that what’s happening isn’t important. In quick succession both War Machine and Iron Man are defeated with ease, and that shouldn’t happen. Spider-Man’s also on hand, and there’s a continuing problem with Stark’s company share price diving. This is a contrived method of prompting a shareholder rebellion proving the weakest sequence of The War Machines, but there’s compensation in the subplots Bendis keeps on the boil. The continuing involvement of Victor von Doom, and the introduction of teenage prodigy Riri Williams will eventually split Iron Man into two series, but for the moment Civil War II takes precedence.