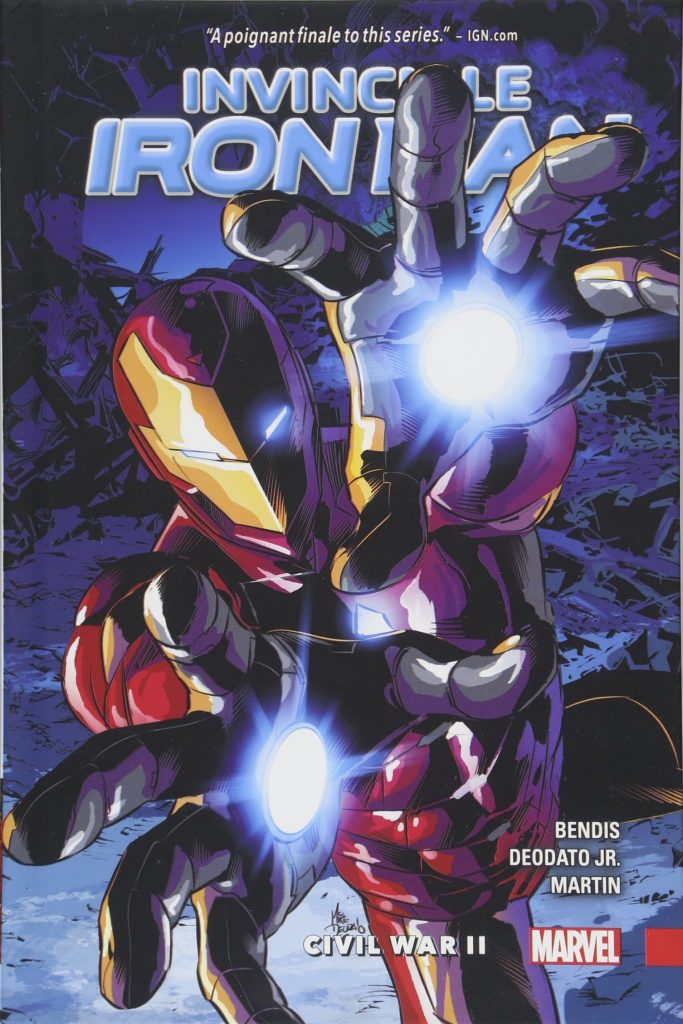 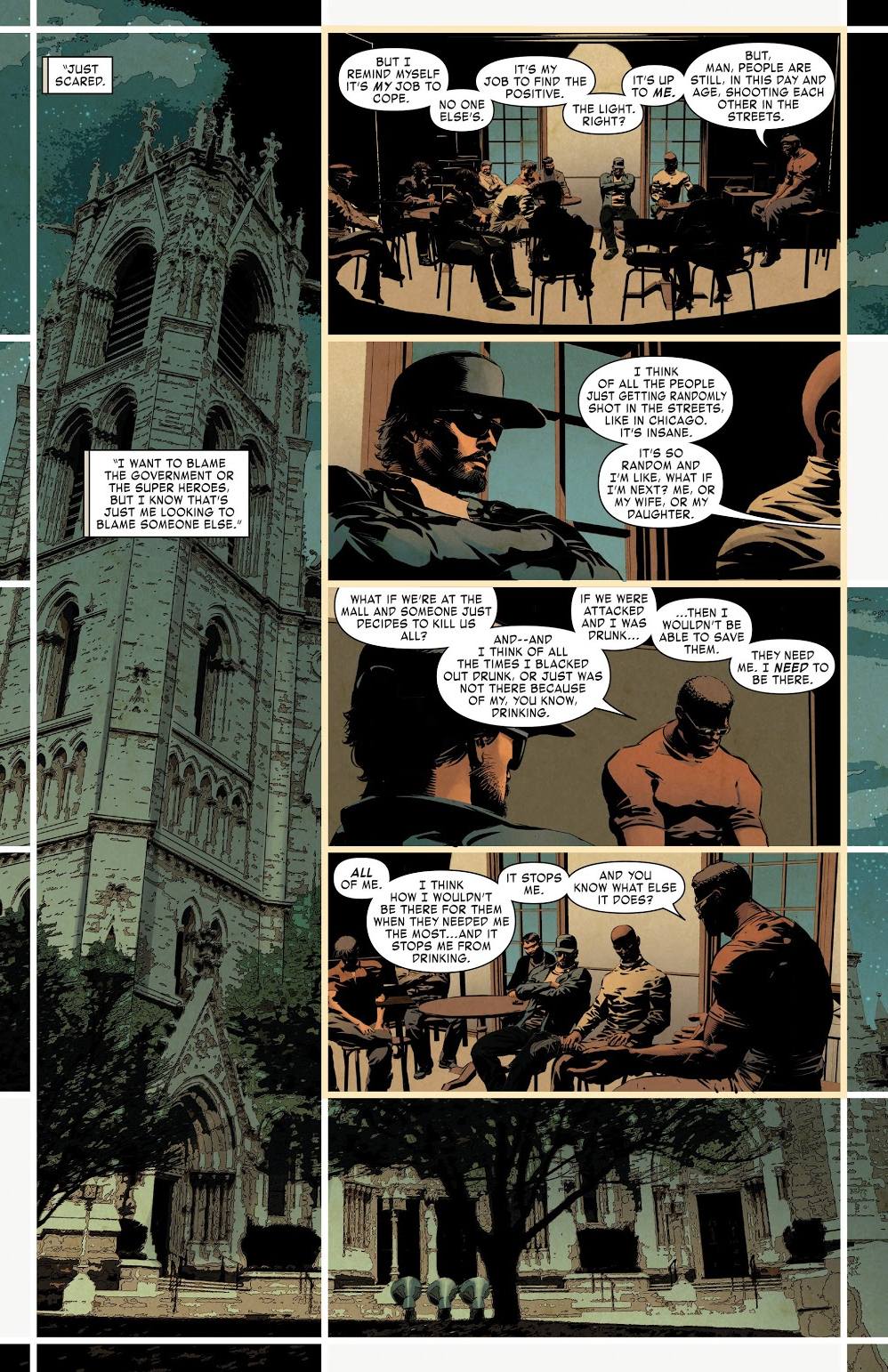 This is a really unsatisfactory collection. The opening half continues Brian Michael Bendis’ Iron Man series from 2015. However, due to a need to tie in with other titles, that only runs to three chapters, and there’s nothing obvious to combine with them with to justify a $25 cover price, what with Infamous Iron Man and Ironheart, which follow, being two separate series. Instead of, god forbid, commissioning some new material, or putting out a $10 collection, or packaging the Iron Man stories with the previous collection, Marvel resort to default by gouging the fans. We have the end of a series combined with three old Avengers issues. Is it any wonder some people download their comics illegally?

Iron Man’s story takes place around the events of Civil War II. In the past it’s been the case that too many creators make their titles too difficult to understand fully without reference to the summer’s big crossover, so it’s pleasing to note this is still an Iron Man story following up on the plots Bendis introduced in The War Machines, and while other events have occurred, there’s no need to pick up any other graphic novel to follow what’s in these three chapters. They’re very different in tone, which makes it useful that Mike Deodato is such an adaptable artist, able to illustrate the mess of Tony Stark’s present day lab in immense detail, produce a convincing 1980s style superhero throwdown and provide the character gravitas necessary for a eulogy. The third sequence is equally well drawn by Deodato, but doesn’t work as well as intended. Tony Stark being stressed enough to attend an Alcoholics Anonymous meeting is a good start, but what follows is an unconvincing sequence of two friends who’ve fallen out redefining their priorities. On occasion Bendis can be too staged, too mannered, and that long scene is an example. Not all plot threads are neatly tied up, but most are, and the others lead into the different Iron Man series mentioned above.

There are connections between the 2016 content and the 2007 Avengers story. Bendis writes both, and both feature Doctor Doom, but here he’s the raving monomaniac of old, and while he’s far more prominent in this story he’s also far less interesting. So is Iron Man. An accident with a time machine throws them back into past along with the Sentry, a superhero experiencing mental illness and incredibly dangerous, possibly capable of wiping out humanity if not for the careful monitoring and guidance of the Avengers. His genuinely loose cannon aspect is compelling in an otherwise ordinary story. Just as the Bendis of 2007 doesn’t match the Bendis of 2016, neither is Mark Bagley the artist Mike Deodato is.

It would be lying to say there’s nothing of interest here and advise skipping straight to Ironheart or Infamous Iron Man, but anyone figuring they got their money’s worth for $25 would be easily pleased. Alternatively, the Iron Man content is collected without the Avengers reprints in the hardcover presentation Iron Man by Brian Michael Bendis.