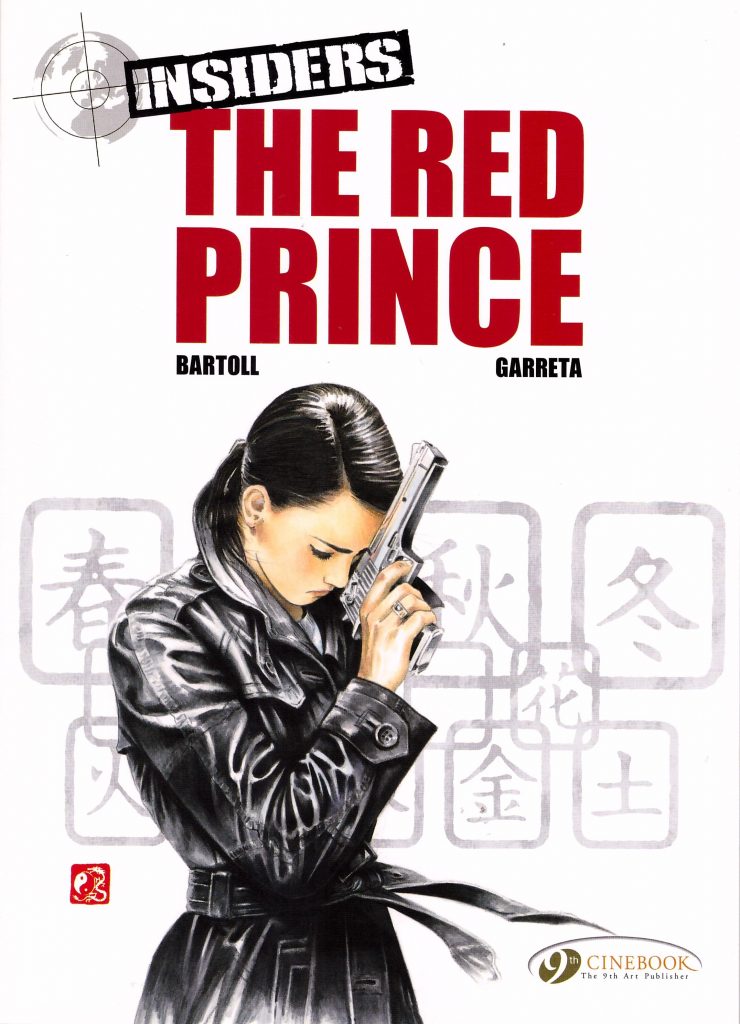 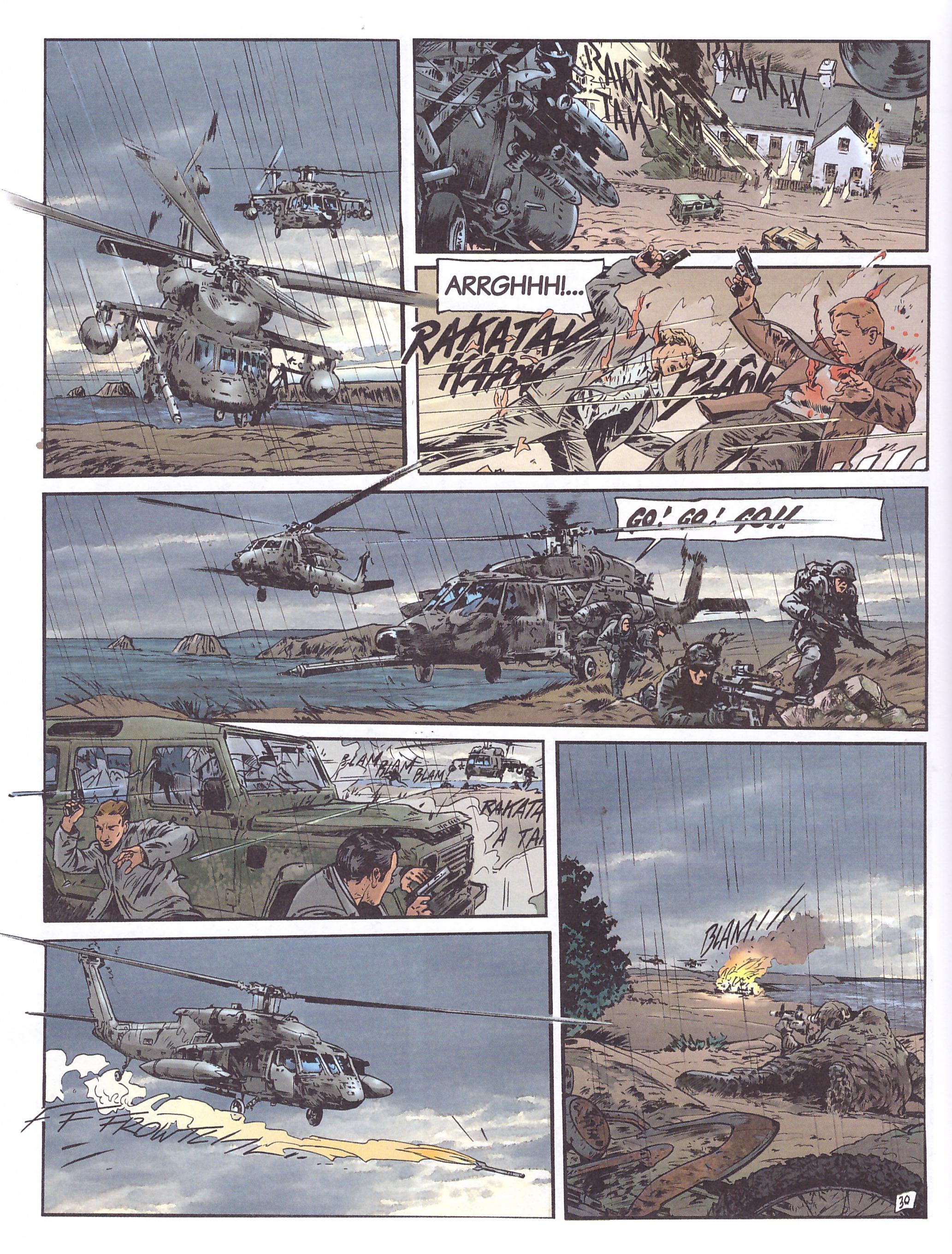 Somewhere buried deep inside Insiders there’s a workable action thriller, but as what’s considered Season 1 draws to a close after seven volumes it’s never been flourished. Instead Jean-Claude Bartoll introduces new plot items with every successive book, while not resolving ones he’s already set rolling. Some at least are drawn to a close here, but far from everything, and some appear to have been discarded entirely, the remote viewing that began the series being one example. Other problems from previous books recur, such as the dialogue, sometimes obvious information dumps, others plain lousy. “Oh Tom… We both know I can’t deny you anything with that presidential carte blanche of yours” comes across more as a simpering line from a lover, than the director of the CIA responding to a request from another agent.

Anyone who’s not read from the beginning and memorised every person seen, has little help as long forgotten characters are reintroduced or mentioned, and several nations are worked into this semi-finale. As introduced in The Dragons of Bejing, the core plot is undercover agent Najah attempting to keep global crime boss Sam Nachez alive after his fellow crime bosses have turned on him. Plenty of people are out to kill him and seem to have an unerring instinct for where he’s going to turn up, and the time to create elaborate plans before he arrives. The resulting action scenes are exciting and well choreographed, but some have no logic to them.

As has been the case from the start, the reason the action scenes look so good is that Renaud Garreta is a phenomenal artist. His illustrations of black helicopters flying in over sea cliffs or of a Porsche 911 screaming down an airport runway are wonderfully composed, and he’s equally good with the people. Thankfully, for once, Bartoll doesn’t throw any significant new characters at him, and as it’s not been mentioned in previous reviews Garreta is excellent at defining people from different nations without resorting to stereotypes.

What’s a shame is that The Red Prince could have been told more accessibly. Too many of the footnotes and complications are unnecessary, and if the story were just the core of Najah and Nachez and the final twenty pages it would be a good action thriller working to a surprising conclusion. None of this has prevented Insiders being a continuing success in Europe, where two volumes of Season 2 have already been published along with four of a prequel series Insiders Genesis.