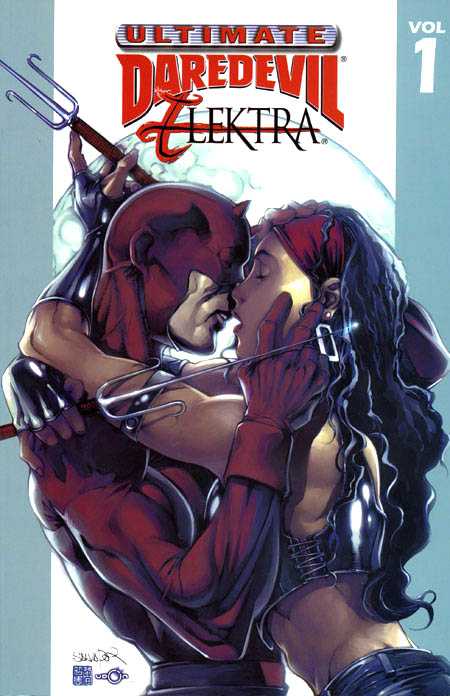 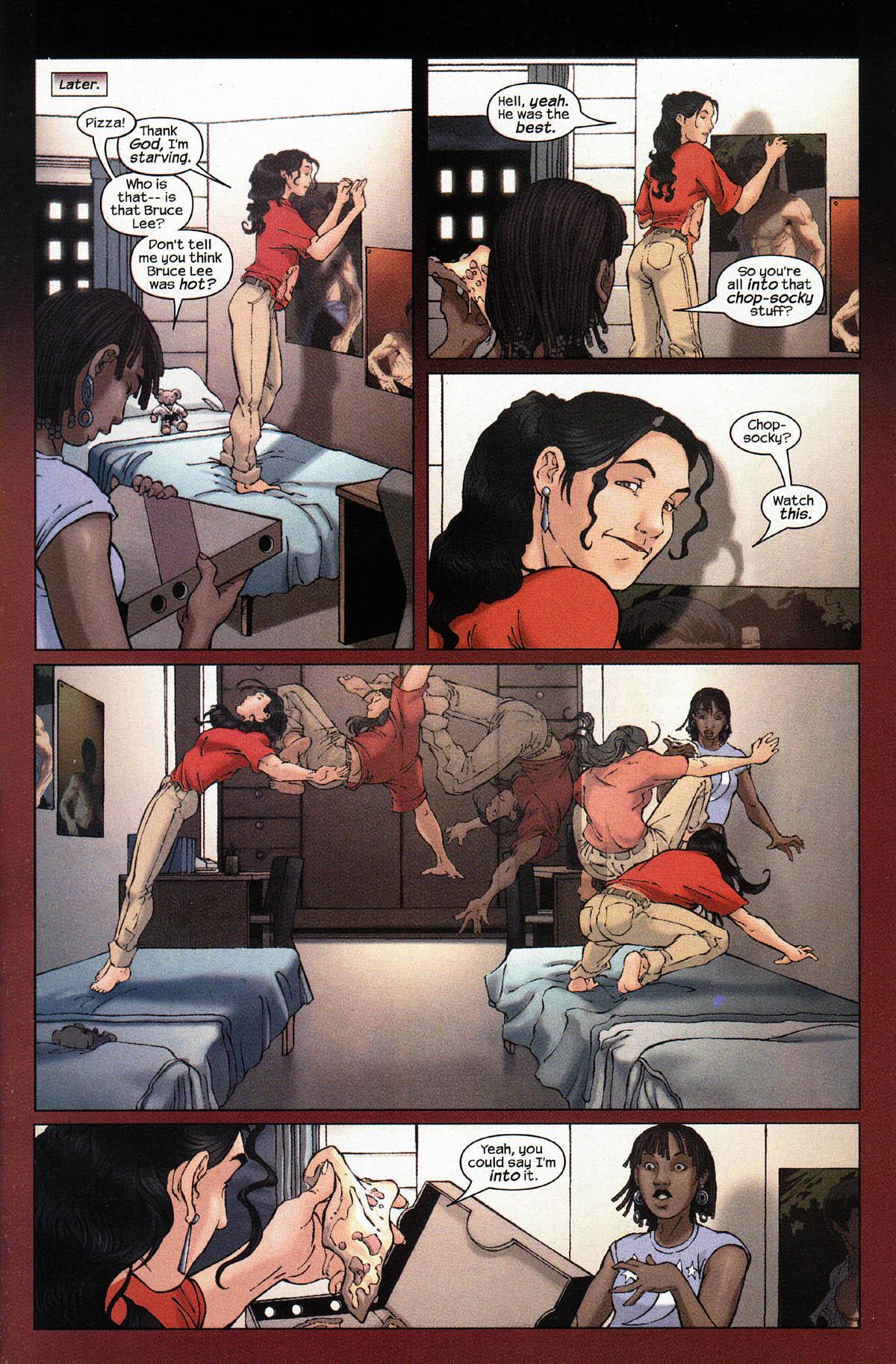 Marvel’s turn of the century Ultimate universe presented different versions of familiar characters, so despite the cover suggesting otherwise, the Matt Murdock and Elektra Nachios we meet are still college students. Greg Rucka nearly brings together themes associated with their alternate world counterparts, so Elektra already has years of martial arts training behind her, and Murdock is studying law, but at this point neither are assaulting criminals.

The event that changes their lives is the rape of Elektra’s friend Melissa. The rapist is the son of a man rich and influential enough to ensure no case will be pursued by the police, and from there matters escalate. Both lead characters are discovering what they can be, as vigilantes and humans, but Elektra has an inner rage that can’t see reason. Rucka fuels this by supplying an especially slimy and spoilt little rich boy as a hate figure, and further establishes how he can be that way. That’s a well tuned variation on the relationship between Norman Osborn, the Green Goblin, and his son from 1970s Spider-Man comics.

Salvador Larroca is known for his dynamic action pages, and he’s going to make any superhero title look good, except despite what the covers to the original comics wanted readers to believe, this isn’t a story about superheroes. Still, at the very least it’s about gifted gymnasts and martial artists, and Larroca brings those talents to life in his customary fashion. Much of the story, however, depends on ordinary humans in ordinary clothes, their everyday lives and their reactions, and this is also superbly drawn. Next time Marvel try one of their blink and you’ll miss it attempts at romance comics, they should ensure Larroca’s name is first on the list to contribute, as his naturalism is great.

As well as being a superbly drawn and interesting coming of age piece, Rucka ensures a more memorable story altogether by virtue of weaving in ethical considerations. Because he’s dealing with very sensitive issues, Rucka’s taken the extra time to ensure there’s no trivialising them, and the story works its way down to a conclusion that in some cases vigilante action is the only effective solution. The question becomes how far that action goes. There is one really annoying problem common to comics, but dragged further than usual into the spotlight via the sensitivity applied to the remaining content. Although he’s not wearing his distinctive crimson uniform, Murdock is running around the rooftops at night, his face masked. As such he has two conversations with Elektra, although both in darkness, so she can’t really see him. She can, however, hear his voice very clearly. It’s the voice of the man she’s been dating for several months, and yet after an all too easy test she denies the evidence and there’s a big reveal at the end. As far as possible Rucka’s attempted to ground his story in reality, and this jolting inconsistency so frequently used in a silent medium, slightly undermines his efforts.

Larroca would return for the Ultimate Elektra sequel, while Rucka was already entrenched writing a regular Elektra series.