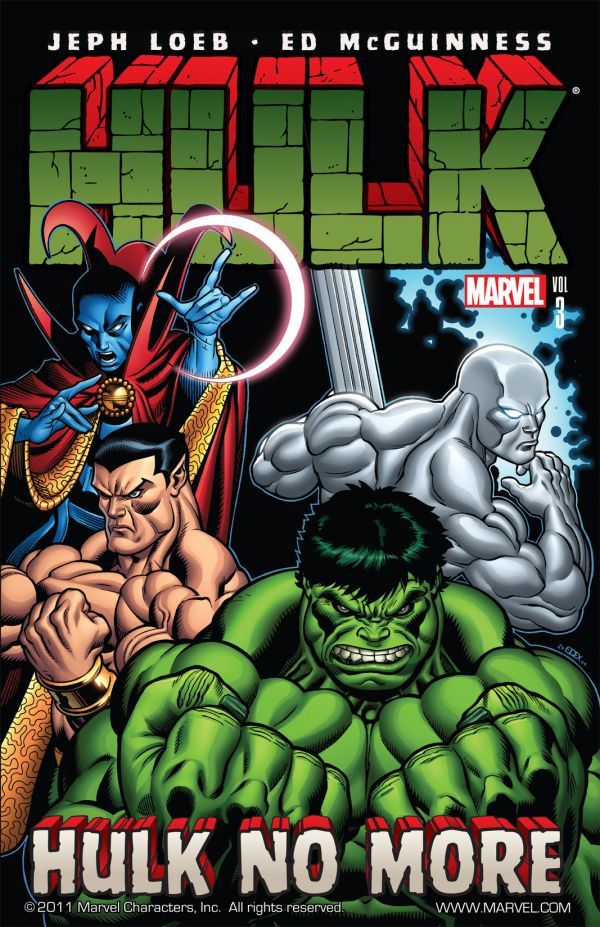 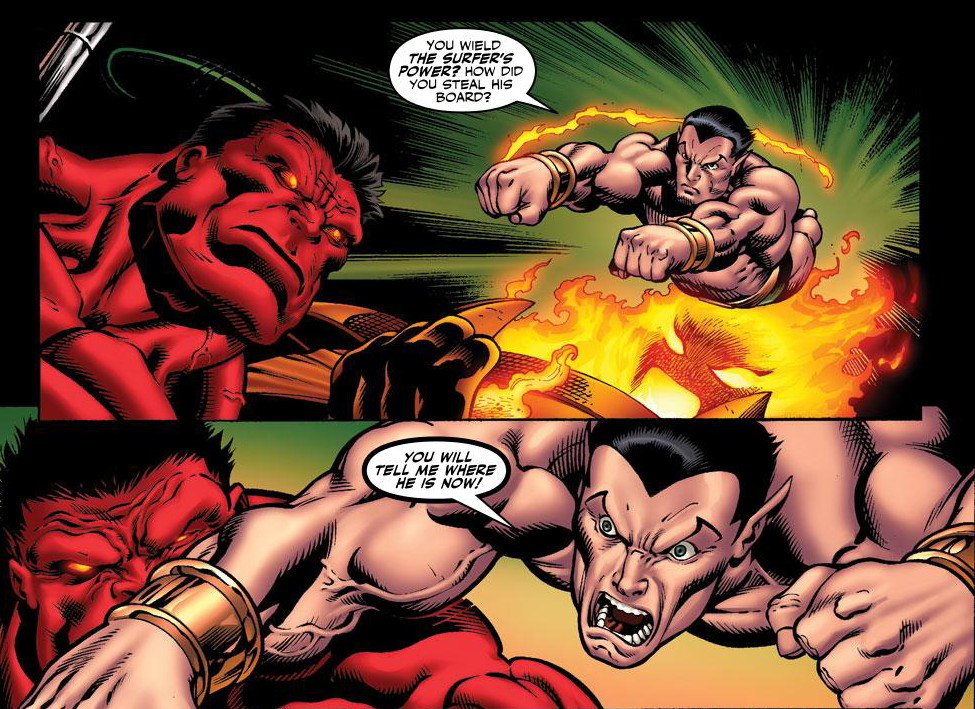 There are these beings called the Elders of the Universe, and each has their geeky speciality. The Grandmaster likes playing games, or more precisely, gathering bands of heroes who play on his behalf. It’s never clear what he gets out of it, but he dangles being able to change previously defined outcomes in front of those he recruits. In this case it’s the present day Hulk, told he’ll be able to return to lost love Jarella in a sub-atomic world. The Hulk can choose his comrades, so selects Doctor Strange, Silver Surfer and the Sub-Mariner. Yes, it’s the Defenders, but writer Jeph Loeb’s twist is that the others are plucked from a point in time where they’re also mourning lost loves, and this is prior to the first incarnation of the Defenders.

The Collector collects, and is the opposition here. He’s chosen the Red Hulk as his champion, and the Red Hulk proves surprisingly knowledgeable about the foes of the Defenders. There are a couple of added twists. Each pair of combatants will fight in an environment intimately familiar to one of their team-mates, and to win they must kill their opponent. Let battle commence.

Loeb writes to artist Ed McGuinness’ strengths. Give him inflated testosterone brutes bashing seven bells out of each other and he’s in his element. Ask him to portray ordinary humans standing still and talking, he hasn’t a clue.

To this point Loeb has written four Hulk story arcs in this series, and three have depended on a deus ex machina ending that resolves everything. However inventive his ideas, this isn’t good writing. He does continue to evolve the Red Hulk from expectations, and, to be fair, this was given a trial run in the first tale, so when it’s applied for a different purpose in the following story it makes some sense. Other elements don’t, and although they’re explained at a later date, it seems very much as if this is due to someone pointing out what should have been spotted at the time.

That story pitches Spider-Man against the Red Hulk, and drops further hints as to his origin, and modifications for Doc Samson as well. The next volume is Hulk vs X-Force.

The Defenders portion of the content is also available along with Red Hulk and Red & Green gathered in the bulky hardcover Hulk by Jeph Loeb: The Complete Collection volume one. Volume two vacuums up the remainder.