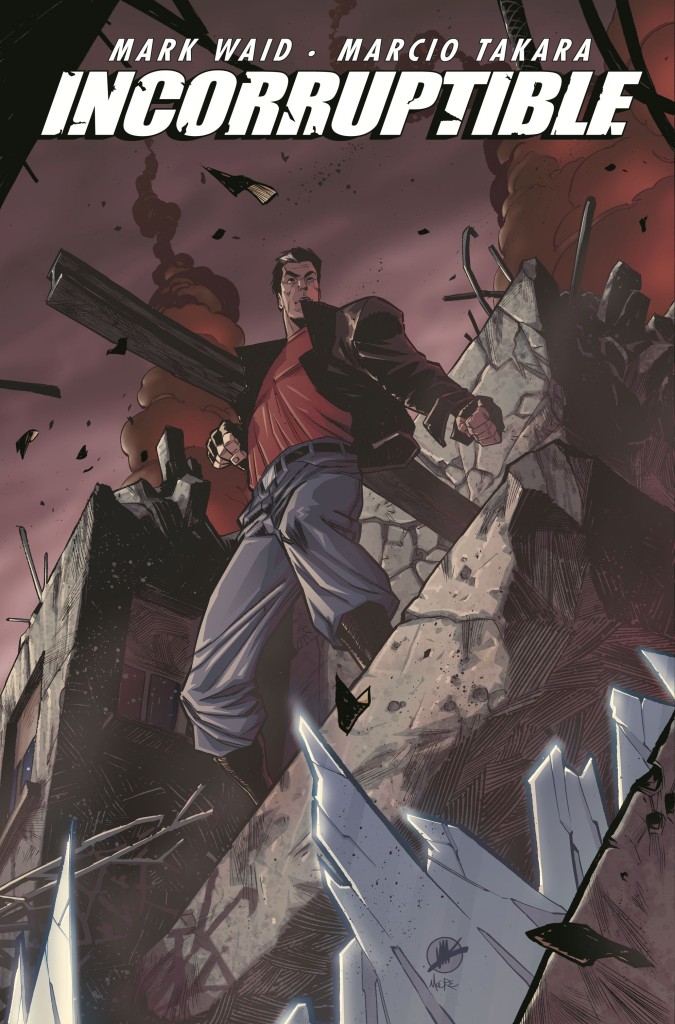 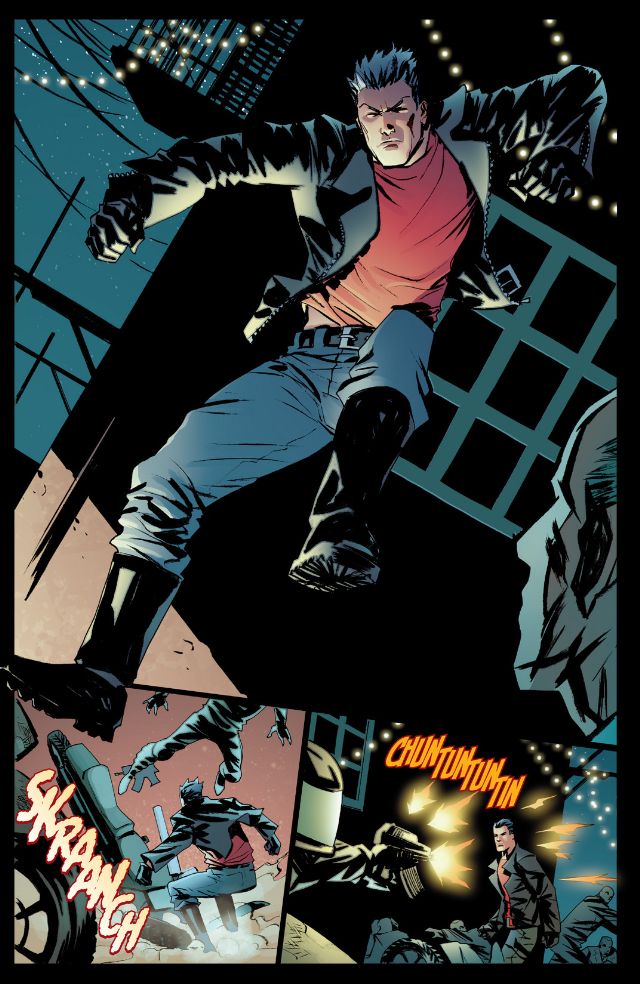 Max has his wish – being left alone to keep law and order as penance for his criminal past while St. Lucifer runs Coalville and has all the money flow up. Except that the Plutonian’s rampages across the earth have produced a devastatingly toxic cloud that is moving across the globe headed straight for Coalville.

The end is nigh, literally and figuratively as Waid wraps up his parallel stories of redemption at the same time. Again, it helps if you have read Irredeemable Vol. 10, but isn’t necessary because this is really about Max and everything else is just sub-plot. Marcio Takara illustrates the first half and is succeeded by Damian Couciero for the second, both making the chaos that ensues in this volume palpable. The sense of panic and disorder is well rendered with excellent use of colours and viscerally displayed violence using well placed frames over two pages, though the central gutter does spoil that occasionally. Waid’s true to life dialogue feels awkward sometimes, although that is the desired effect, quite similar to real human speech in a situation where it all goes south and we realise that our best intentions have resulted in one massive stuff-up.

Max’s decision to tell the truth at all costs is cleverly interpreted, with St. Lucifer wisely advising him that people don’t always respond well to the truth. An idea running throughout Incorruptible is that people want to do the right thing, but their perception of what that is ultimately determined by selfish reasons, whether it be for power, peace or redemption. It’s philosophical and entertaining at the same time, a fun absorbing read despite the apocalyptic setting. There are flaws, like how the day is saved being confusing due to that plot device being revealed as part of Plutonian’s story arc in Irredeemable Vol. 10, but this is small, and it’s not like the purchase of six different cross-over titles is required to find the answer.

What Mark Waid has produced overall is a terrific read that drags you along until the conclusion. You literally go from book to book hungry for more. It makes you think, and stays with you. This is a good series with which to while away a Sunday afternoon, with second hand copies available at a good value price.