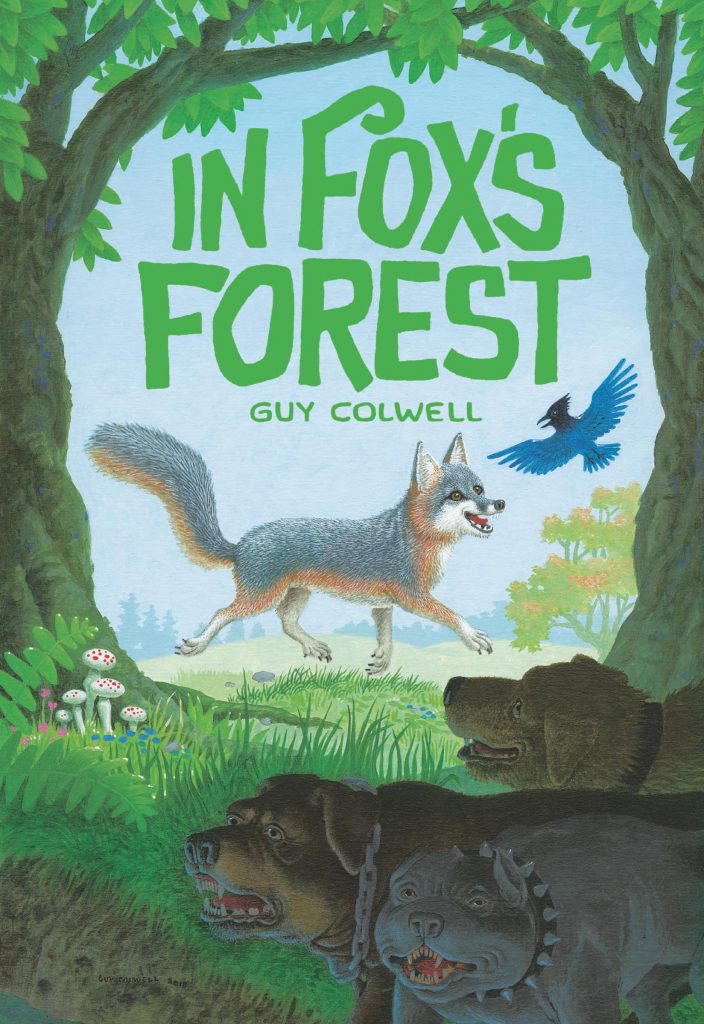 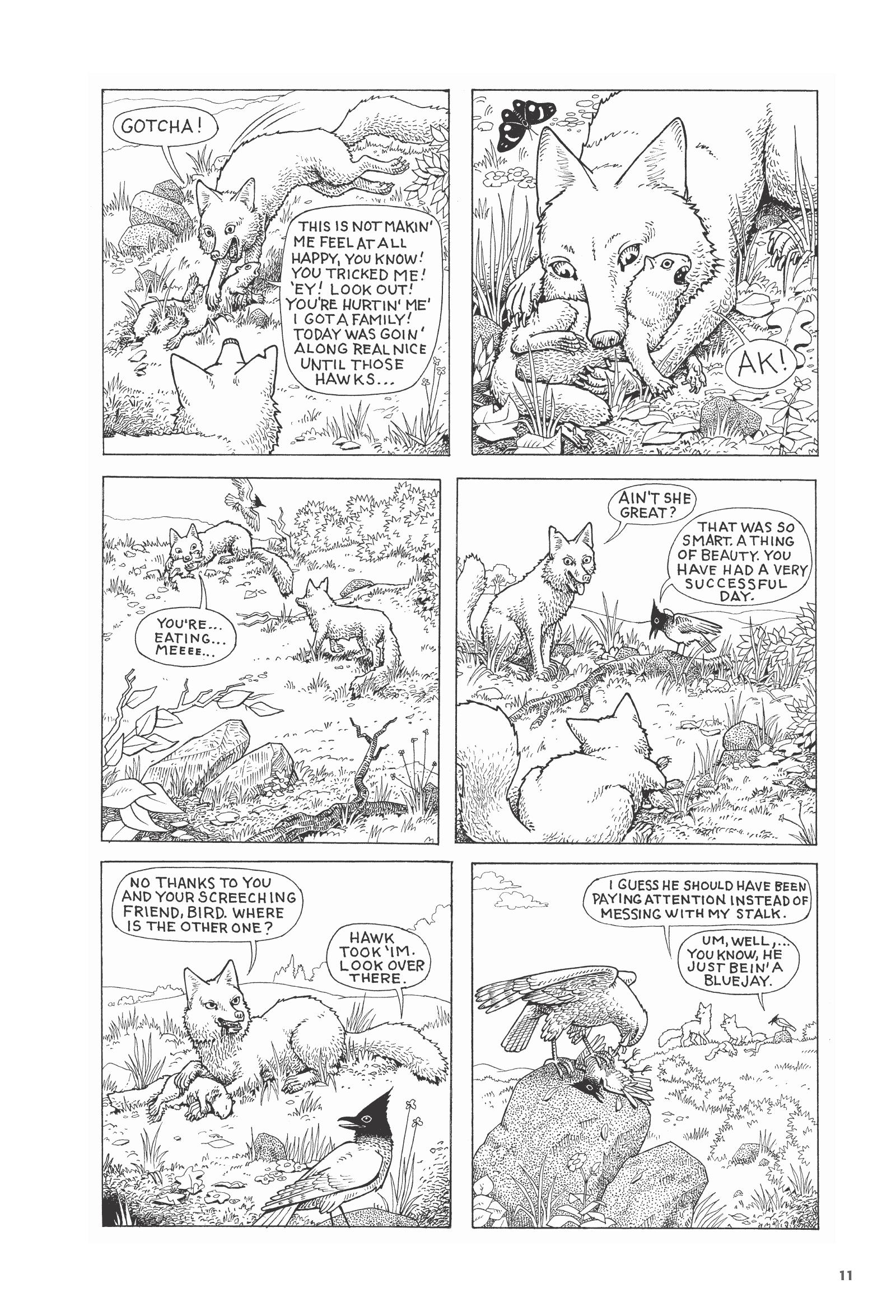 At the very least Guy Colwell’s comics output is eclectic. An extended consideration of social problems in the 1970s (Inner City Romance) was followed in the 1980s by Doll, the story of a deformed man and the realistic sex doll he commissions, which has a greater sensitivity than any brief description can convey. A fine artist by trade, he published no further comics material until In Fox’s Forest in 2016.

Despite the presence of beautifully drawn animals in their environment, don’t mistake this for a children’s book. As the sample page displays, it’s an evocation of nature as red in tooth and claw, while giving the wild creatures personalities via dialogue and thoughts. A back cover quote makes comparison with the Jungle Book fables, but Animal Farm might be a closer relative with its attitudes toward coercion and acceptance.

We first see the fox and his mate enjoying the freedom of the countryside as they hunt for ground squirrels and chat with the blue jays who tipped them off. Shortly afterwards the male fox is trapped, thrown into the back of a locked van with a chained dog and taken to an enclosure where plenty of other animals are trapped. Most are in cages, but the dogs have the freedom of the yard. The fox antagonises them on their first meeting by denying he’s a dog, and further trouble ensues as he insists on maintaining that position.

To begin with, it’s difficult to know whether Colwell intends the story to be taken at face value, or whether it’s an oblique commentary on freedom viewed from confinement, as Colwell served time for refusing to be conscripted in the 1960s. As more viewpoints are explored, the allegory becomes more obvious, with pressure is piled on to make the fox conform and his survival instincts forcing him to change what he insist he is. In story terms the featured humans are a means to an end, and so largely irrelevant, yet subjects of an interesting role reversal as it’s usually an animal’s behaviour that can be difficult to explain. Here it’s the purpose of the humans, never given dialogue. Colwell’s eventual point is that any period of confinement changes a basic character, and fending alone thereafter is more difficult than most would assume.

Despite featuring the foxes on the hunt and the results of that hunt, Colwell’s depiction of animals is memorably beautiful in providing personality while remaining true to life. A different form is seen with the fox in confinement, the change in emotional resonance reflecting the change in circumstances.

In Fox’s Forest is a thoughtful meditation on what makes someone who they are, the consequences of denying that, and the circumstances that can force a change. It’s obviously personal, so one-sided, and it would be interesting to know if Colwell considers there are circumstances where imprisonment can change someone for the better.