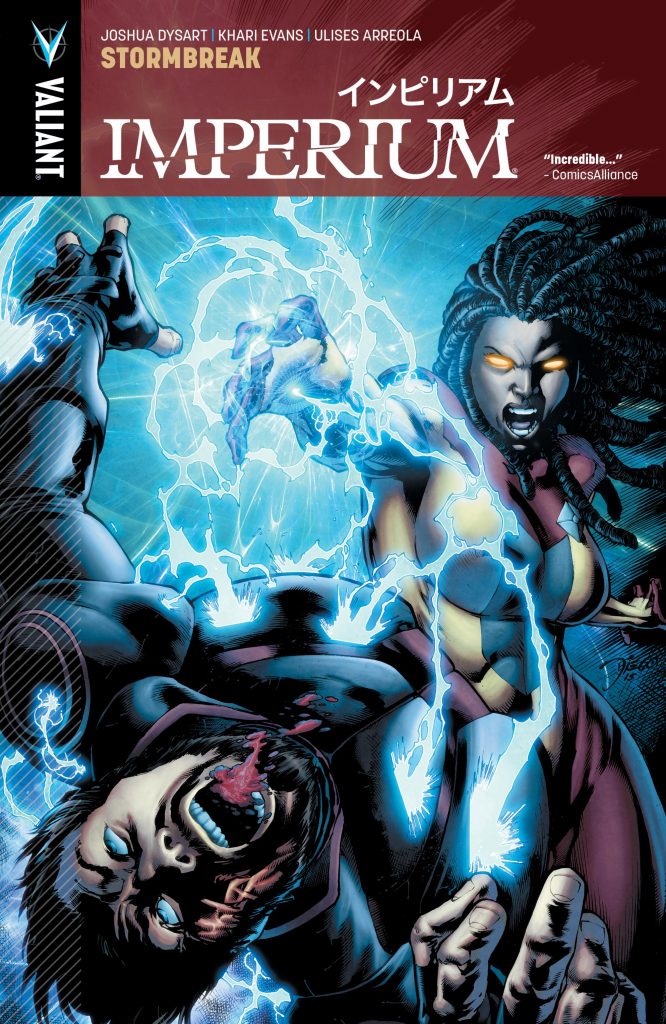 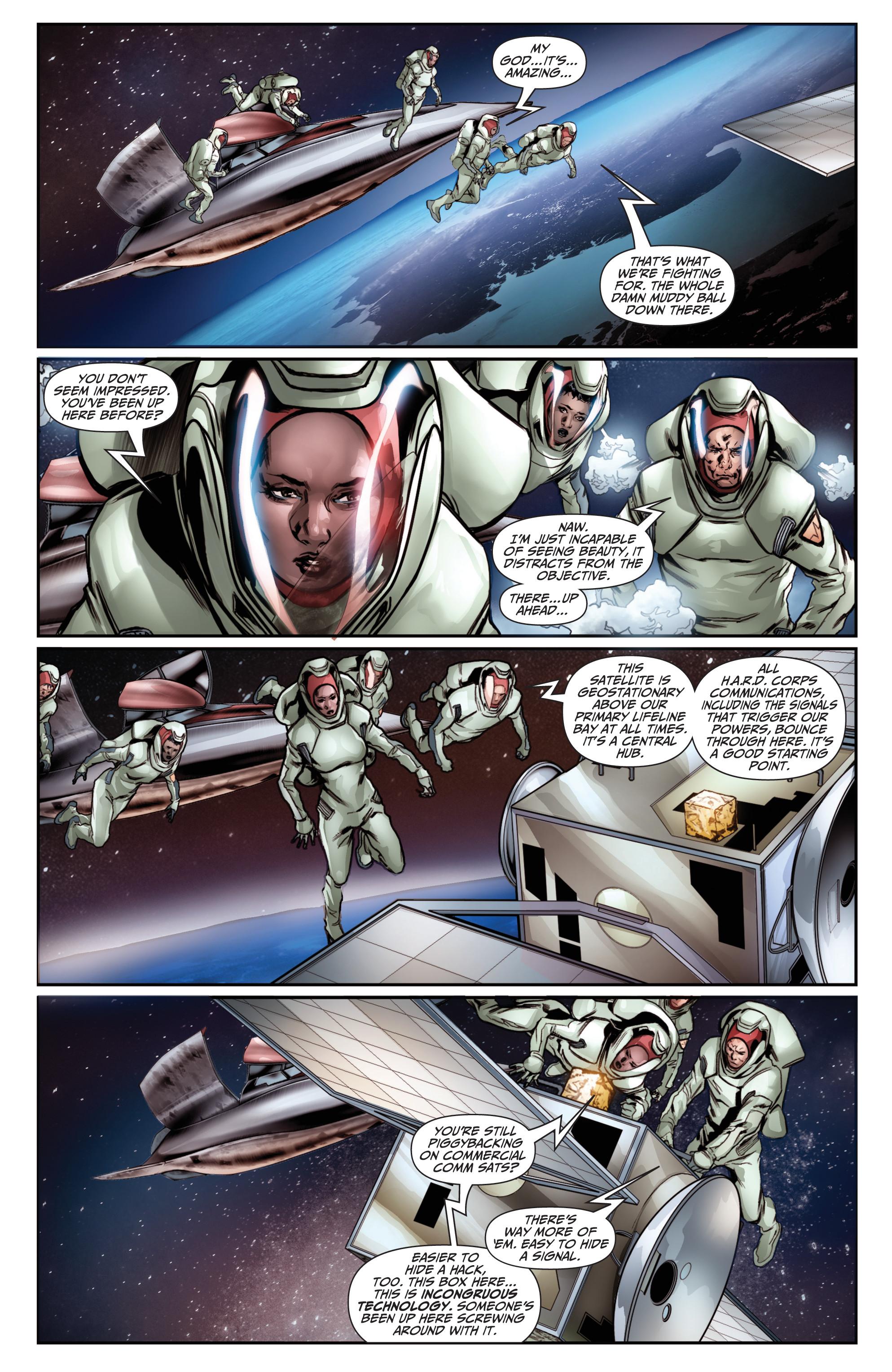 There was a feeling about The Vine Imperative that Joshua Dysart had lost his way with Imperium. What began as a cracking scenario in Collecting Monsters had devolved into a series spread too thin, with too many plates spinning to bring them all back under control. As Stormbreak is Imperium’s final volume it’s do or die time.

It’s revealed early that Harada’s experiment with nation building is in stormy waters. The rest of the world hasn’t taken kindly to his declaration of independence and has responded by slowly freezing him out financially. Instrumental in helping with this is former protegé Live Wire. She’s able to interface with any machinery, most importantly computers, and there’s a considerable investment in that being the means to bring Harada down.

Much of Stormbreak takes place outside Harada’s Foundation state, and it’s concentrated and compact, Dysart bringing Imperium back on track. Live Wire plays a bigger role than Harada, depicted as someone capable of numbing her emotional connections in order to accomplish what she believes is right, while Harada can’t quite do that. For all the rhetoric along the lines of “He remembers who he is. He’s the man who makes the world. The world does not make him”, Harada is compromised by both his ego and the few he’s let into his shell. Will that be his downfall?

What might be expected from Stormbreak is an all out, no holds barred battle as the forces opposing Harada enclose him. In one way that’s what happens, but it’s in microcosm and in an unpredictable venue in what’s a very clever piece of writing. Unfortunately it’s in the penultimate chapter, and what’s very clear is that the final chapter wasn’t intended as the series finale. It reads instead like a creator working on a comic that he’s not been told has been cancelled until a few pages before the end, and what had been a step up from the previous collections drops right back down to their level. It’s very dispiriting.

Don’t blame artist Khari Evans. As has been the case across numerous Valiant series, he’s an extremely disciplined artist, never tempted to disrupt the storytelling for the sake of an intrusive large image that could show him to better advantage. Page after page of artistic solidity is the order of the day on Stormbreak.

As a series Imperium never caught fire, but that final chapter was no way to end it.