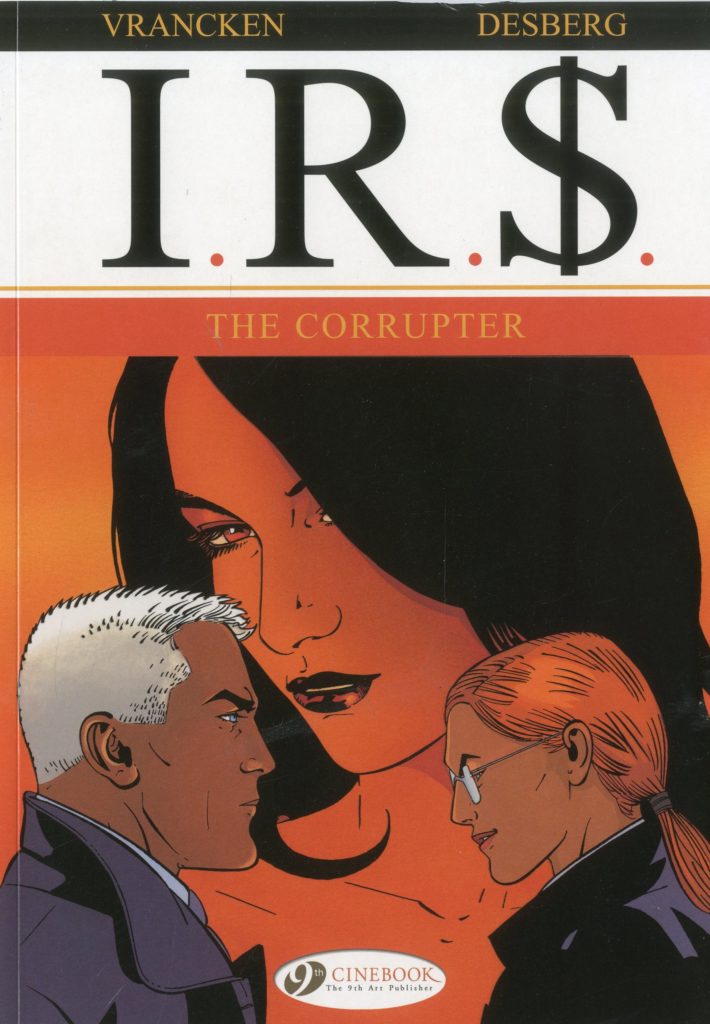 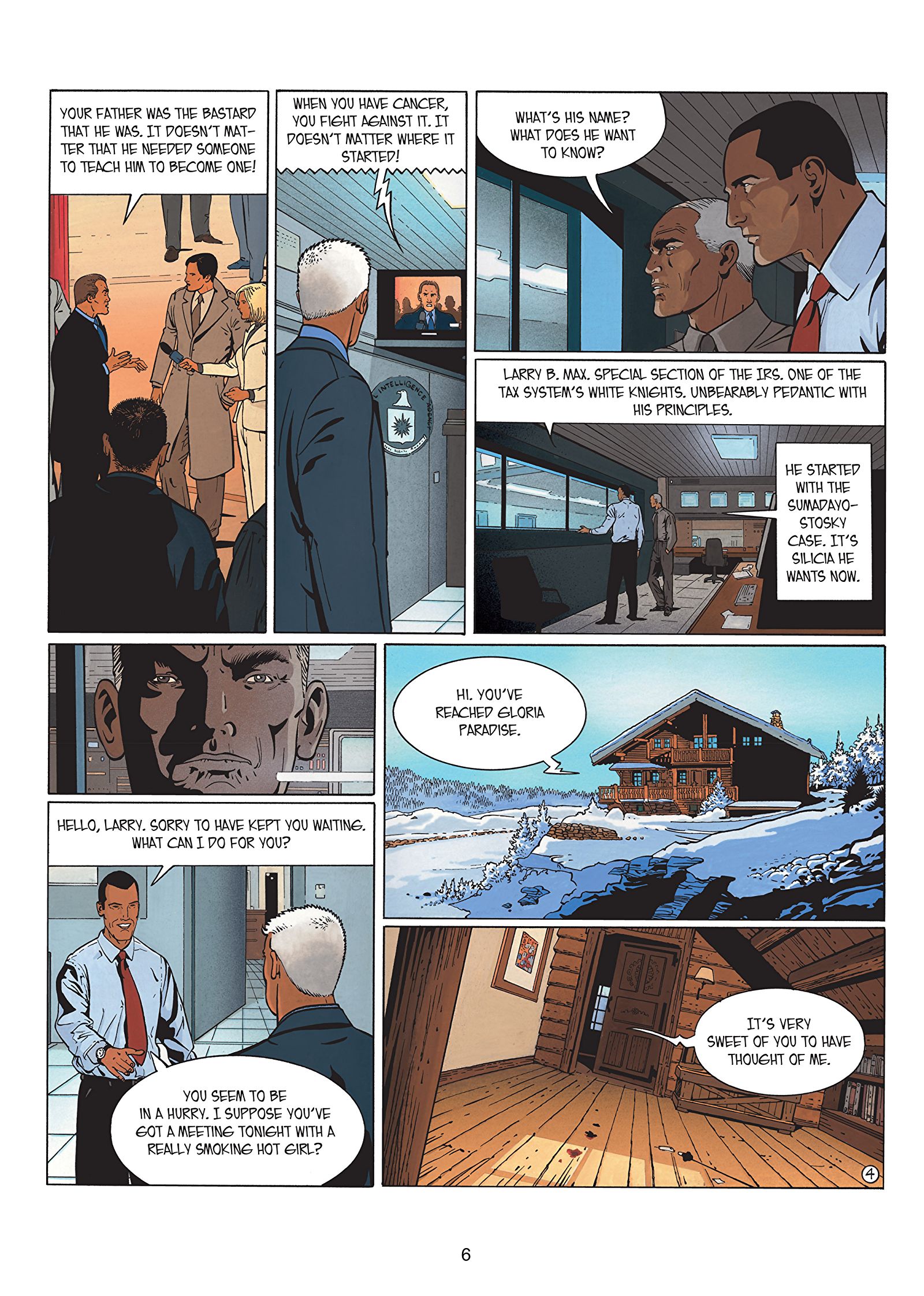 The Corrupter, the fourth title in the I.R.$. series, concludes the story that started in Silicia, Inc., and has Larry B. Max, accountant extraordinaire, face what is probably his most dangerous foe yet. And that’s really saying something, as the antagonists in these books seem to be taken from a stable of Bond villains: they’re either dangerous vixens or egomaniacal, empire-building, criminal kingpins.

Twin plot strands concerning two different women intertwine throughout much of the book. The first is Silicia, our femme fatale, and the revelation that she has dirt on a whole slew of people, from traffic cops to senators. The second has to do with Gloria Paradise, Larry’s phone-sex girlfriend of sorts. Gloria has been a feature of I.R.$ since the very beginning, but it was always unclear why she was included, and Larry’s relationship with her, while striving for sexy and adult, often came across as anything from creepy to downright silly. She seemed like a fairly pointless plot device, and one wonders if she existed all along to provide an excuse for this set-up, and anything that may follow. Gloria’s plotline revolves around her true identity, and all evidence points to this being something that the creators will return to in later books, as it’s in no way resolved in this one. It’s perhaps relevant that writer Stephen Desberg and artist Bernard Vrancken, both worked for Belgium’s Tintin magazine.

At one point in the story Larry has a sexy rendezvous with Silicia while under the impression that he’s finally meeting Gloria, and she foolishly hands him a lead to cracking the entire case. She does this for no reason that doesn’t fly in the face of logic, but it helps move the plot in the direction the writer has devised. Yet again, some plot points are also flagged up in neon just to make sure the reader is following the story.

Vrancken’s artwork is more confidently drawn than previous volumes, without the poor anatomy that marred some panels, especially action scenes. It also benefits from a darker colour palette than the earlier books.

Needless to say, when push comes to shove, our hero proves himself to be the exception to the system-wide corruption the story leads us to expect, and he does the right thing. Or something that looks to be the right thing, though it actually throws up another bunch of questions about privacy and the behaviour of the media.

So, it’s a fairly standard tale of corruption, and in a world where we expect our politicians and cops to be crooked – at least in fiction if not always in real life – it’s difficult to come up with a plot that’s going to be startlingly original or earth shattering. Especially if you’re starting with the premise that you’re protagonist is an accountant. However, this is still an action packed and solid addition to the series, which continues with Corporate America.