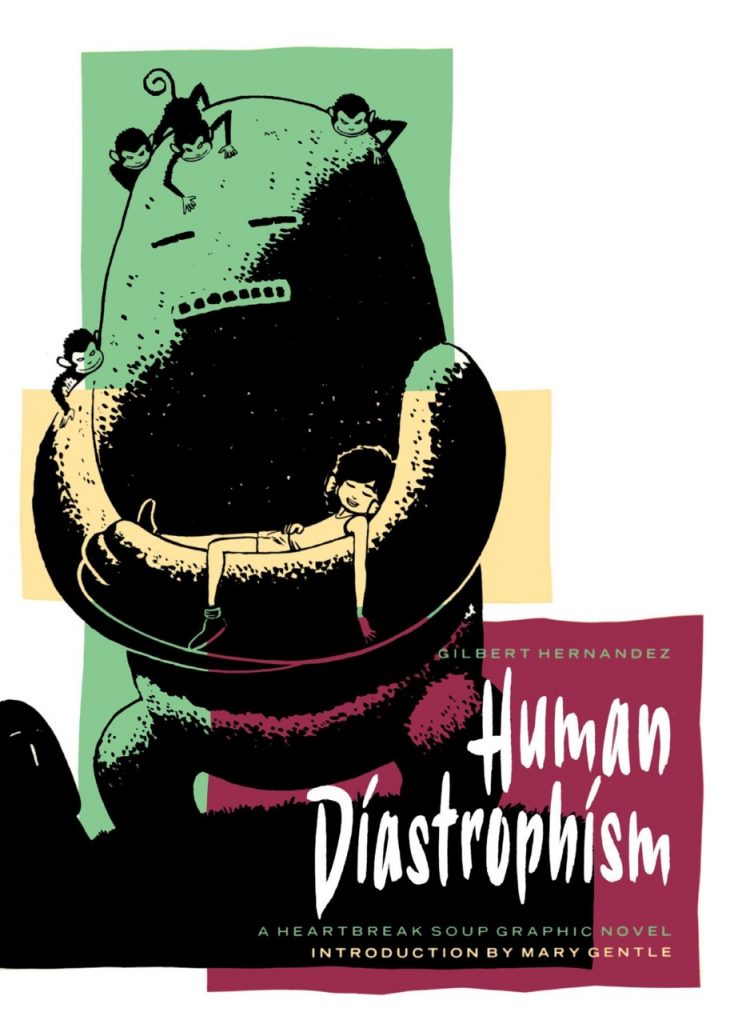 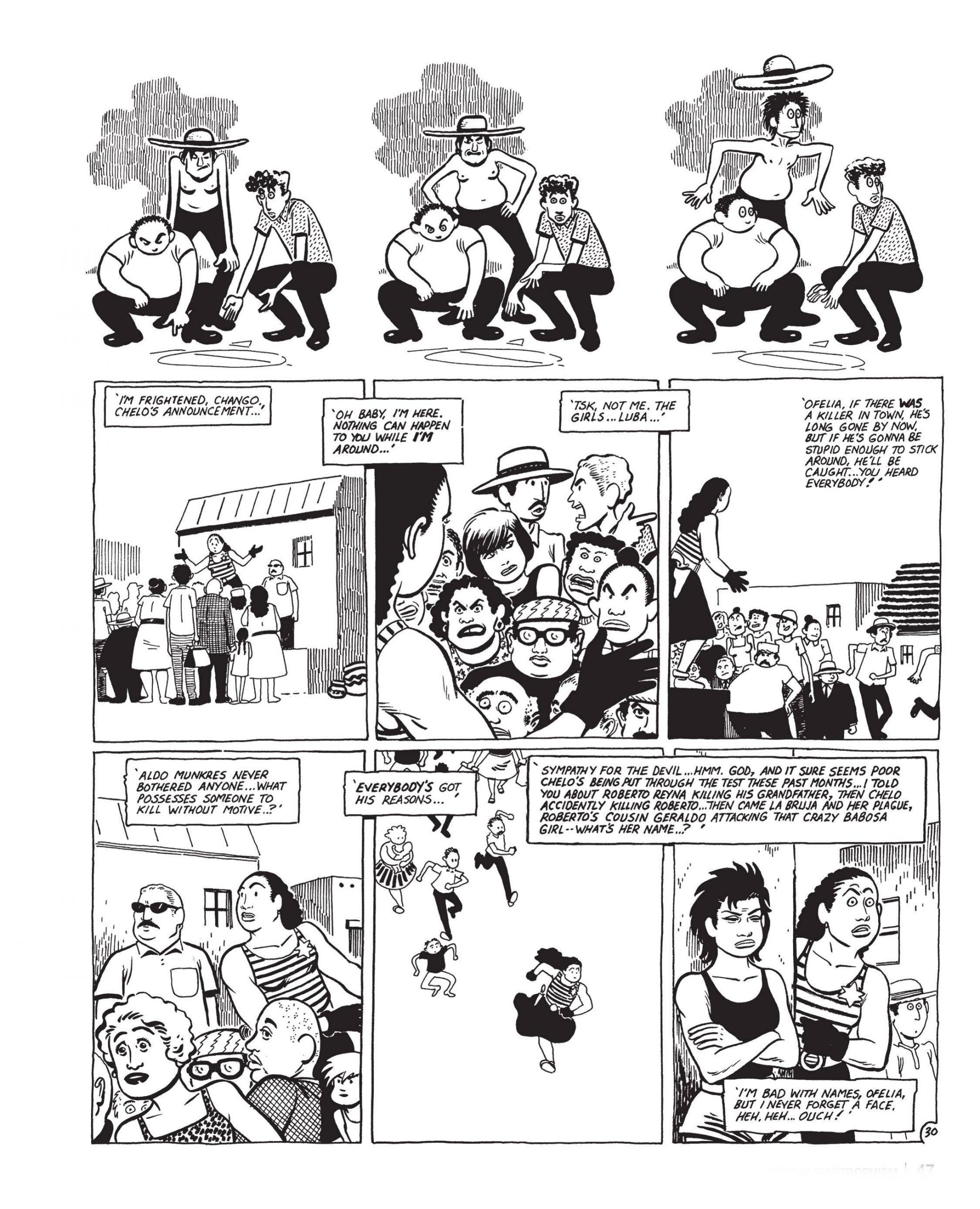 In the 1980s two previous UK collections of what were then referred to as ‘Heartbreak Soup’ stories preceded Human Diastrophism, presenting most, but not all of the stories Gilbert Hernandez told of Palomar as he built towards what’s still considered his masterpiece. Duck Feet leads into this.

Human Diastrophism is where Hernandez funnelled his admiration for the work of Gabriel Garcia Marquez into his own masterpiece able to stand the test of time. To save you looking it up, ‘diastrophism’ is a geological term referring to the eruptions shaping the Earth’s surface. The human aspect of it is the changing moods in Palomar. Luba, always putting herself first, doesn’t approve of how her eldest daughter Maricela is now dressing, not least because her figure is beginning to resemble the younger Luba. She’s further reminded of that because Khamo, the only man she’s truly loved is working nearby. Tonantsín has fallen under the sway of a jailed pseudo-revolutionary, a troop of monkeys are becoming an increasing nuisance, and that’s before a body is discovered.

This isn’t a murder mystery, not least because the attentive reader will realise the killer’s been named even before Hernandez reveals him, which is soon after we become aware there’s been a murder. He’s more interested on the disruptive effect the murders and other events have on Palomar as a community. Tonantsín’s mental health has always been fragile, Luba’s unreasonable behaviour has an effect on her children, Humberto’s prodigious artistic talent takes ever more abstract turns and town secret after town secret receives an airing. The moods switch mercurially, along with the symbolism, and for what’s largely a tragic series of events there’s also a lot to laugh about, from the fatally attractive Khamo never actually given a line of dialogue to the eventual reappearance of what just seemed to be a ridiculous prop, exaggerated for effect.

A visual richness equals the evocative character building, Hernandez dazzling with expressions and poses, the cast leaping from the pages. He’s able to slip from poised cartooning into representational primitivism and almost abstract sketching, all heavy on the black ink. Fundamental events are told without dialogue, Hernandez now completely trusting his own talent.

Such is the richness, no matter how many times it’s been read, the heartbreaking foreshadowing moment (at least for anyone who’s also read ‘Heartbreak Soup’) is still powerful, and since 2001 the use of New York’s twin towers provides completely unintended foreshadowing of the final tragedy. However, two of three ending scenes lose considerable power if readers haven’t read the previous books, the other being the final tragedy occurring alongside the self-absorbed commentary of the person who prompted the path. Without knowing that, a masterful touch is horrific, but diminished. If being picky, neither title under which the story has appeared is effective. Titled ‘Blood of Palomar’ when serialised and for the first American collection, that’s just too self-deprecatingly lurid, while ‘Human Diastrophism’ dabbles in pretension.

Balanced against that is the overall richness making it possible to notice something new about this story every time it’s read, no matter how many previous readings there have been. It might be a simple expression giving something away, or beautifully crafted cinematic juxtaposition, or a panel that may or may not be symbolic. This all-pervasive cyclone of human feeling is a highpoint not just for Hernandez, but for graphic novels altogether. It’s essential.

A Fantagraphics collection titled Human Diastrophism was issued in 2007, but includes a large quantity of additional Palomar stories. All of those along with earlier material is also found in the hardcover Palomar collection.