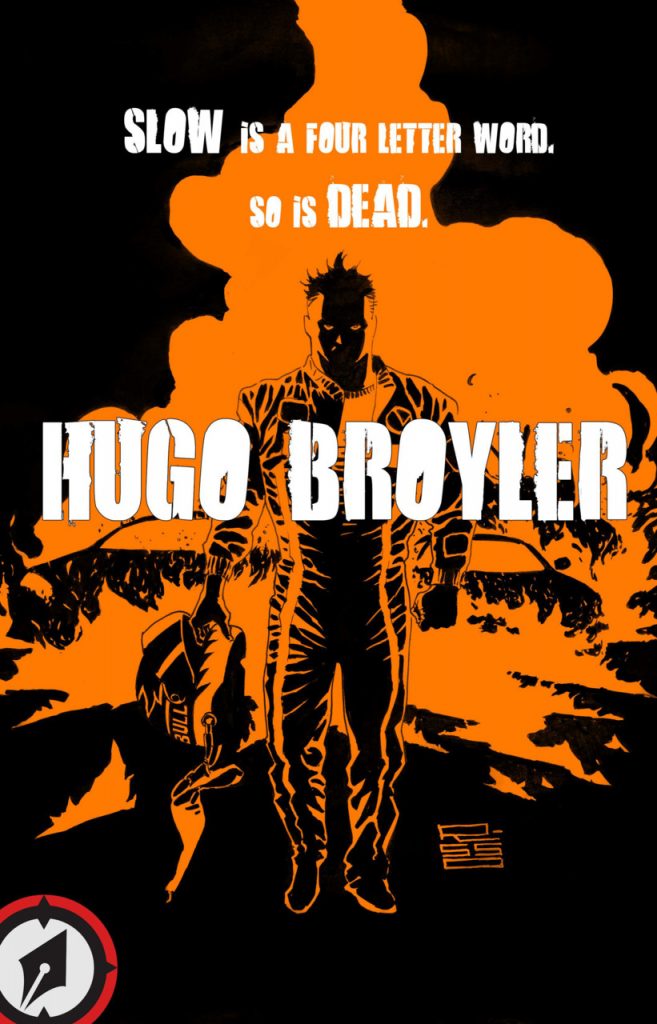 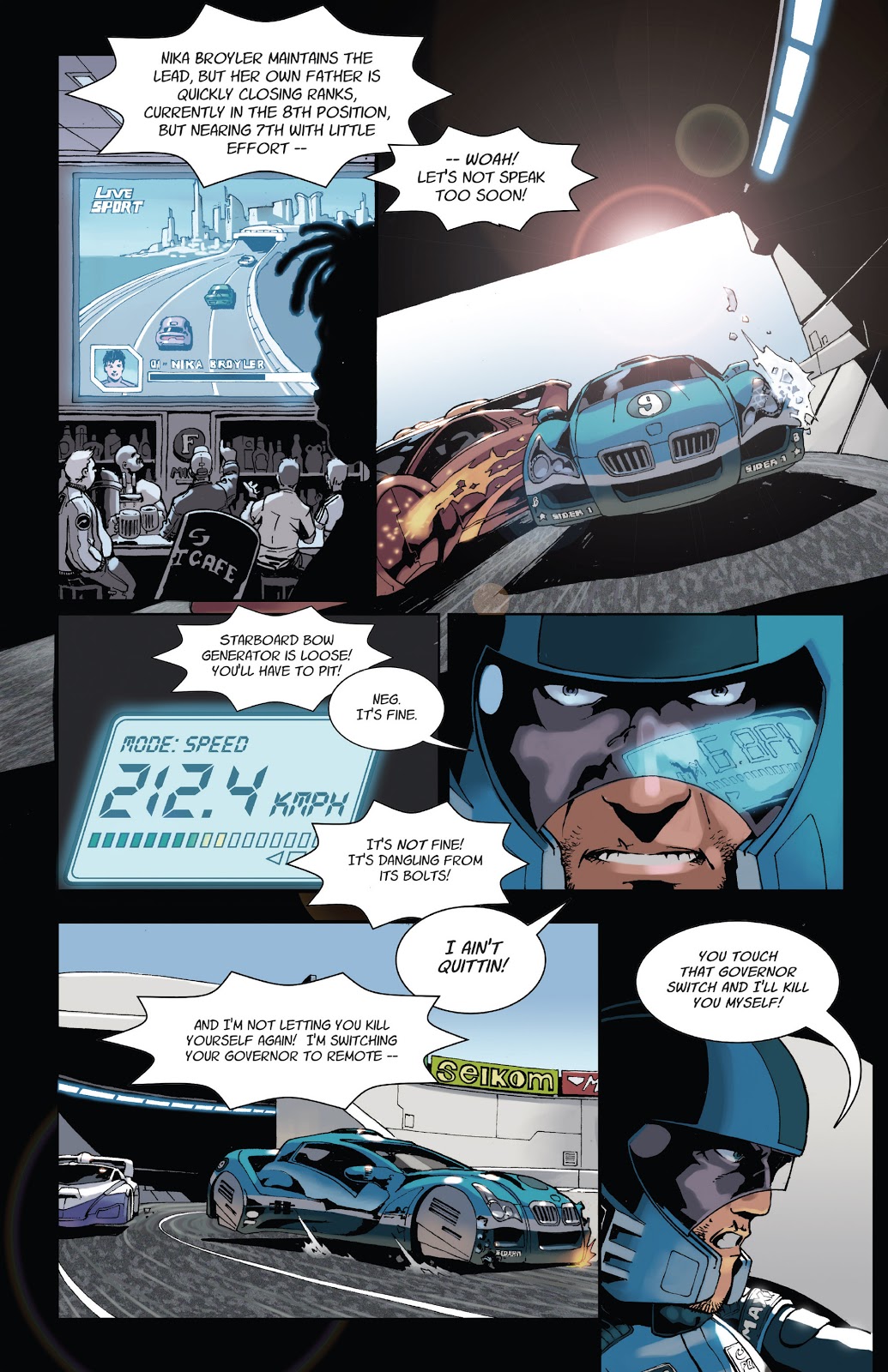 In the near future there’s a form of motor racing featuring cars that hover just above the track, and the graphic novel is named after one of the finest racers, who is just returning from the injuries sustained in a crash that killed another driver two years previously. Despite his talent and massive earnings from winnings, Broyler’s a man who lives from day to day, and two years away from racing have wiped him out financially. Mike Kennedy ensures that’s not his only problem. There’s been a fallout with his daughter, also now racing, and in his first race back he starts hearing the voice of the man who died, and it’s not a temporary situation. Having established Broyler’s poor state, Kennedy’s plot dangles the chance of redemption and riches, but that comes with a catch.

Hugo Broyler is as fast-paced as one of the races, establishing the basics quickly, and moving right on, with Kennedy adding to the complications all the way. The idea of the hovering cars is just colour, as much of the story could be told with ordinary models, but the way Francisco Paronzini draws the racing scenes will make you glad they didn’t take that route. He has the action layouts down to a dynamic treat, although a few of his people are poorly composed. A dozen artists are credited for “additional artwork”, but it’s never clarified where they fit in, as the basic art looks the same from page to page.

While Kennedy’s plot works, and the art is fine, Hugo Broyler is a project that would be considerably better on a screen where actual movement would add immeasurably to the thrills. It wouldn’t take a lot of alterations to adapt it for the Fast and Furious franchise, for instance.

Not every mystery is revealed by the end, although Hugo Broyler provides a complete action-packed story with some intriguing characters. A continuation was intended, but now seems very unlikely to appear. 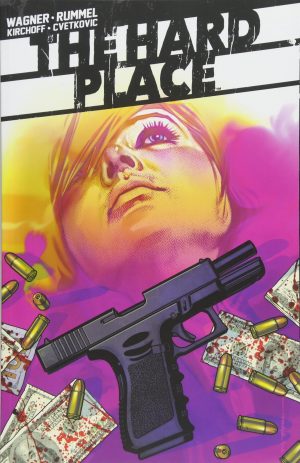