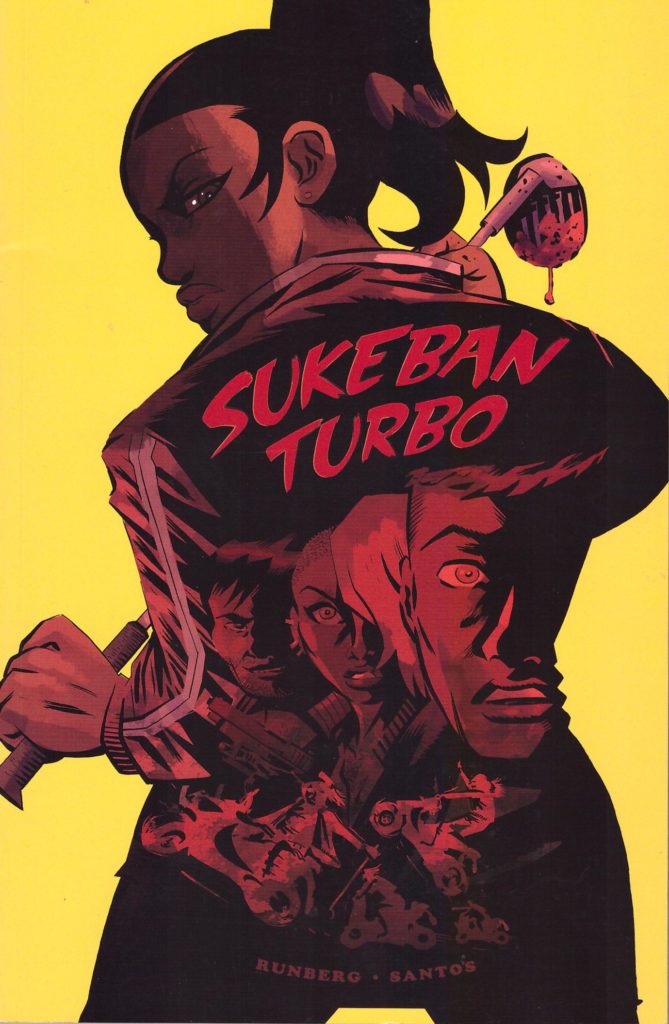 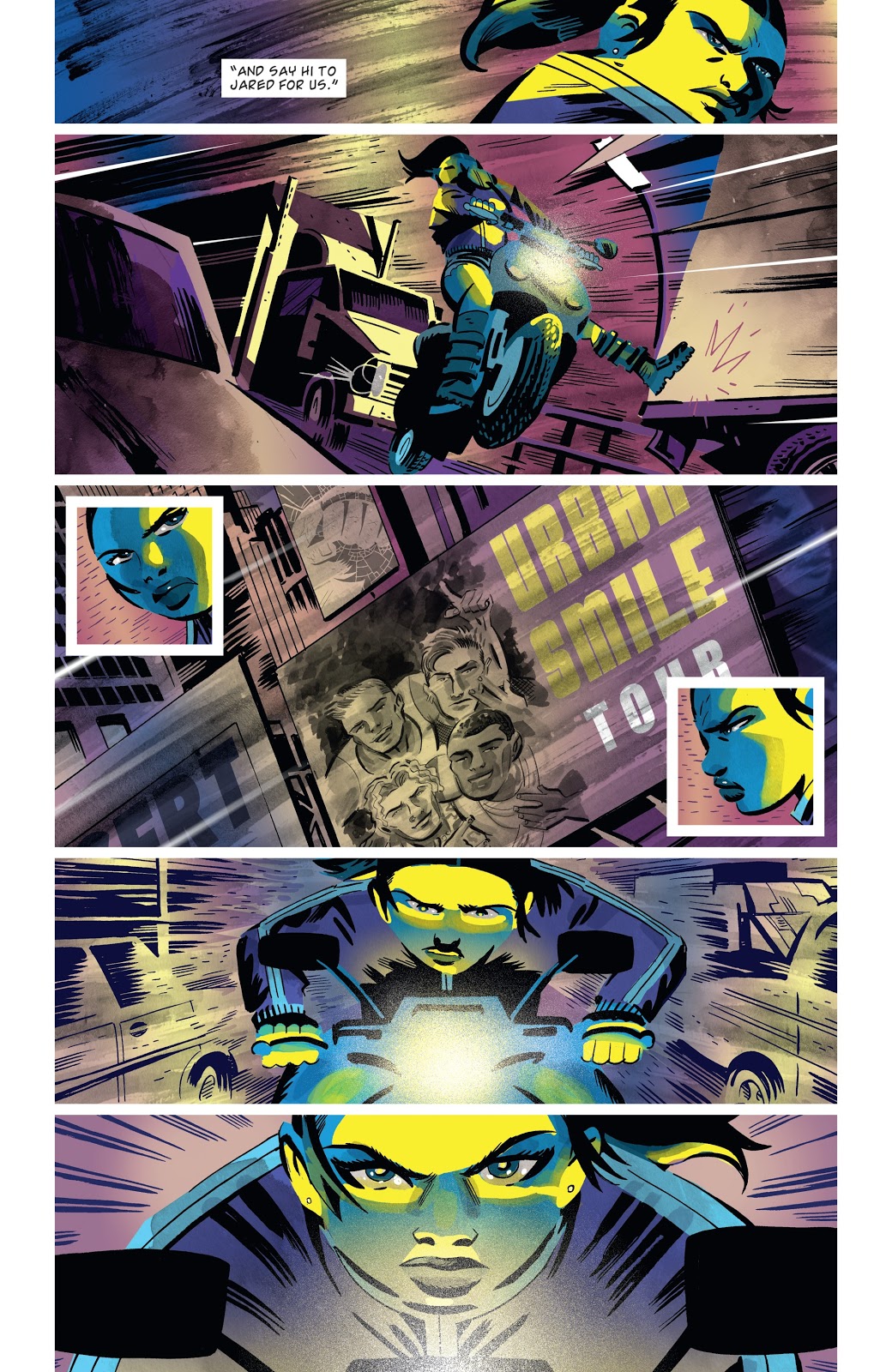 In 2012 Sam and Shelby hang out together, falling into each other’s company through both having neglectful parents. They’re streetwise and resourceful, and an opening sequence shows them stealing a DVD titled Sukeban Turbo. It’s a Hong Kong action thriller about motorcycle gangsters, and profoundly shapes Shelby’s subsequent years, as lacking the guidance to do otherwise, she moulds her own life in homage, becoming a complete thug. Sam’s life takes a very different path. Sylvain Runberg picks up on them again in 2018. Although neither Sam nor Shelby realise it, both their lives are about to spiral beyond their control.

There’s a definite agenda to shock with Sukeban Turbo, as Runberg transfers the artificial glamorised violence of action movies to the approximation of Brooklyn in the real world. Runberg shows the consequences of that violence, or rather artist Victor Santos does, not holding back in displaying how people would look after being battered with a golf club. Santos works hard throughout, because Runberg’s background is writing French graphic novels that have a greater density to their plots than most American equivalents. Showing everything needed on a page requires fiddly little insert panels, some just setting the scene, yet Santos makes this seem a design choice, and he’s not afraid of bright colours. He uses a shadowy cartoon style, a step away from reality, but all of his primary cast can be distinguished from one another, no matter their background. There’s little glamour to his jagged cartooning, but Santos’ pages are atmospheric.

Runberg’s aiming for a form of Tarantinoesque gangster noir, but in terms of mood and cast eccentrcity rather than dialogue, which is constructed more for purpose than style. “At this rate, in a year we’ll have enough for a six month beach trip”, gloats Shelby, “Vietnam here we come”, Runberg setting up the aspirations early. She inevitably discovers that no matter how tough she believes her gang to be, there’s always a bigger shark in the pool, and Sam might believe the decision he’s taken will provide a more honest direction to his career, but he’s also mistaken. Tensions are kept simmering very nicely, guiding everything toward a party being held by a gangster Shelby works with, where he’s launching his new range of clothing. The way Runberg spirals the lives out of control is excellent, as is the idea that in Shelby’s case everything is the result of the one stolen DVD. The only unconvincing scene is Sam and Shelby’s reunion after a number of years, which has passion, but it’s clumsy and non-committal. It’s the only real lapse until we reach the final few pages, where everything just judders to a halt. Given the quality of Sukeban Turbo until it reaches the end, it’s an astonishing narrative collapse. Runberg ensures neither Sam nor Shelby are sympathetic characters, they’re just what they’ve developed into, and there’s nothing wrong with that, nor with a downbeat ending, but what we’re presented with lacks the verve of almost any other scene. Yes, the journey is important, enough to rank Sukeban Turbo above average, but the ending is deflating.