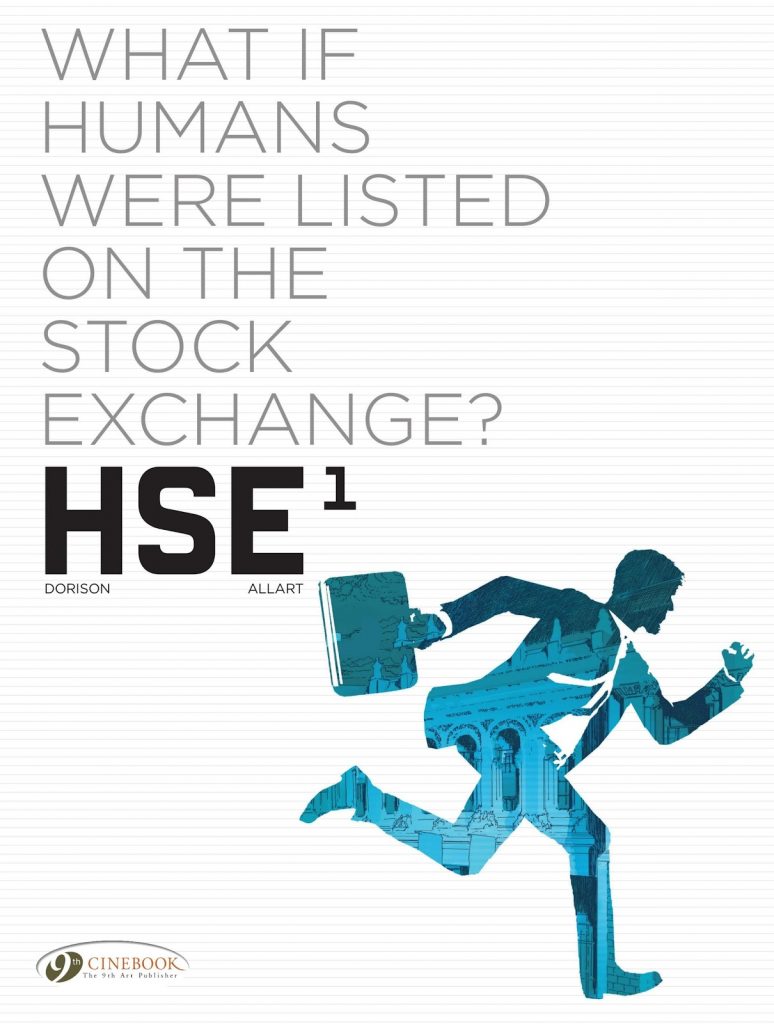 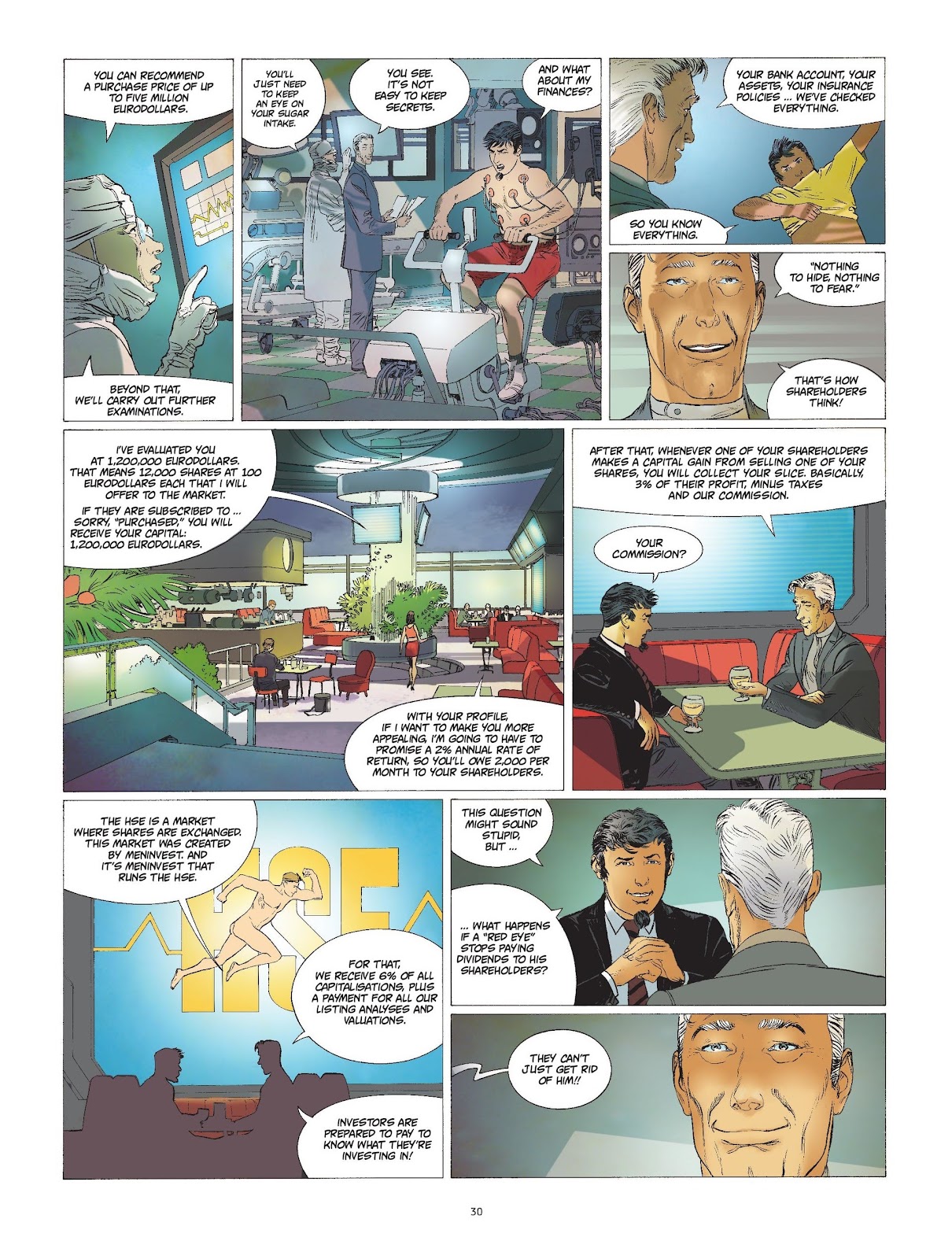 Because Cinebook publish such a quantity of first rate all-ages translations of Franco-Belgian graphic novels, it may fly under the radar that they also issue a good selection of SF and action dramas aimed at an older audience, and HSE falls into that category.

It tells a complete story over three volumes, sparked by Xavier Dorison learning about a Chinese student listing himself on the stock exchange to fund his studies. It’s both brilliantly inventive and a form of slavery. Where does it end? HSE was also begun at the height of the global banking crisis in 2012, which highlighted gross disparities in earnings that many hadn’t known. Both supply a righteous social anger for a story where the elite can have someone invest in their potential, with the terms laid out on sample art. It can lead to unimaginable wealth, but comes with the shackle of having to guarantee a minimum return on shareholder investment every month. For ambitious car salesman Felix Fox it looks a way out of his shabby apartment and worries about paying for hot showers each morning for both him and his wife.

Of course while everything looks good to Felix at the start, there would be no story without a downside. By the end of this opening leap in status Felix is beginning to understand the consequences of constant monitoring, and just how far into his life his shareholders will pry, while Dorison indicates there’s a financial crash coming.

Thomas Allart has such a great name considering his trade, and he lives up to it with 54 pages of polished, detailed storytelling. He sells the glamour and the squalor with equal ease, illustrates a range of distinguishable people and has a nice line when it comes to the occasional eccentric touch. Felix’s mentor is Simon Sax, creator of the HSE, and his office is the perfect pretentious mix of the Spartan, the neo-classical and the ridiculous.

Much of HSE 1 is an introduction to the concept and a showcase for Felix’s ambition and determination, but comes with more than enough window dressing to ensure the pages turn. Felix considers he’s ended his journey, yet he has in fact only begun it. How far will he be compromised? Well, we have HSE 2 to scan for that. 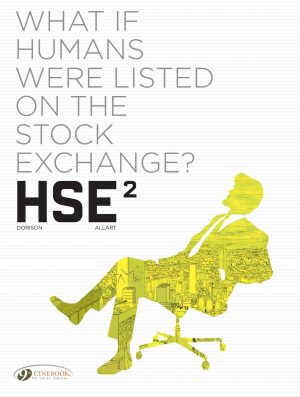 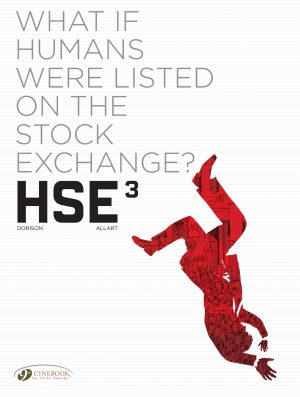