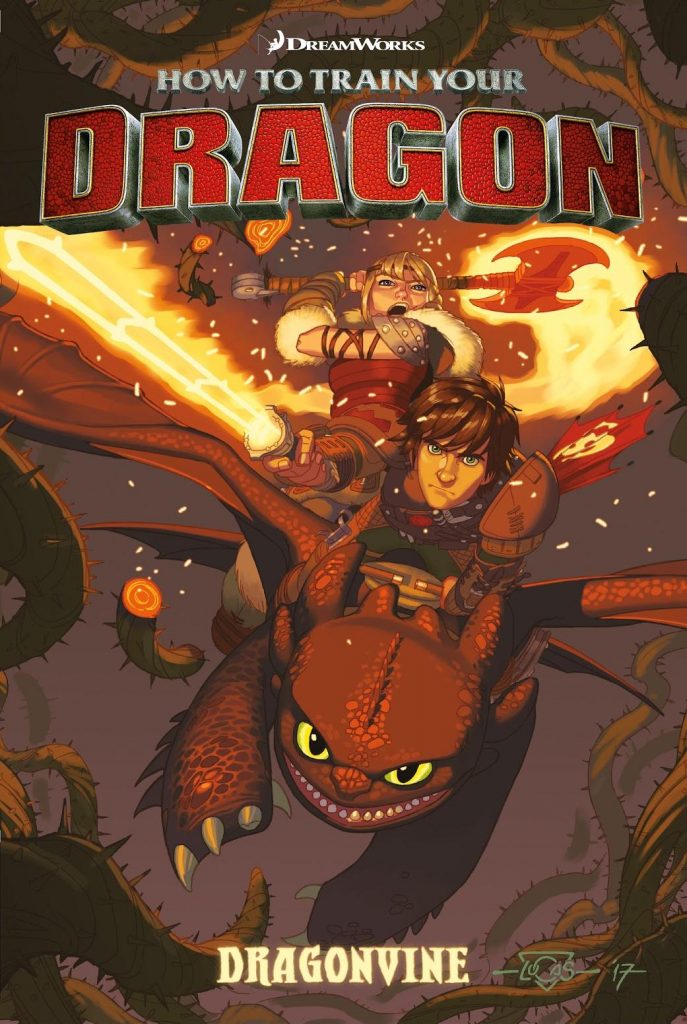 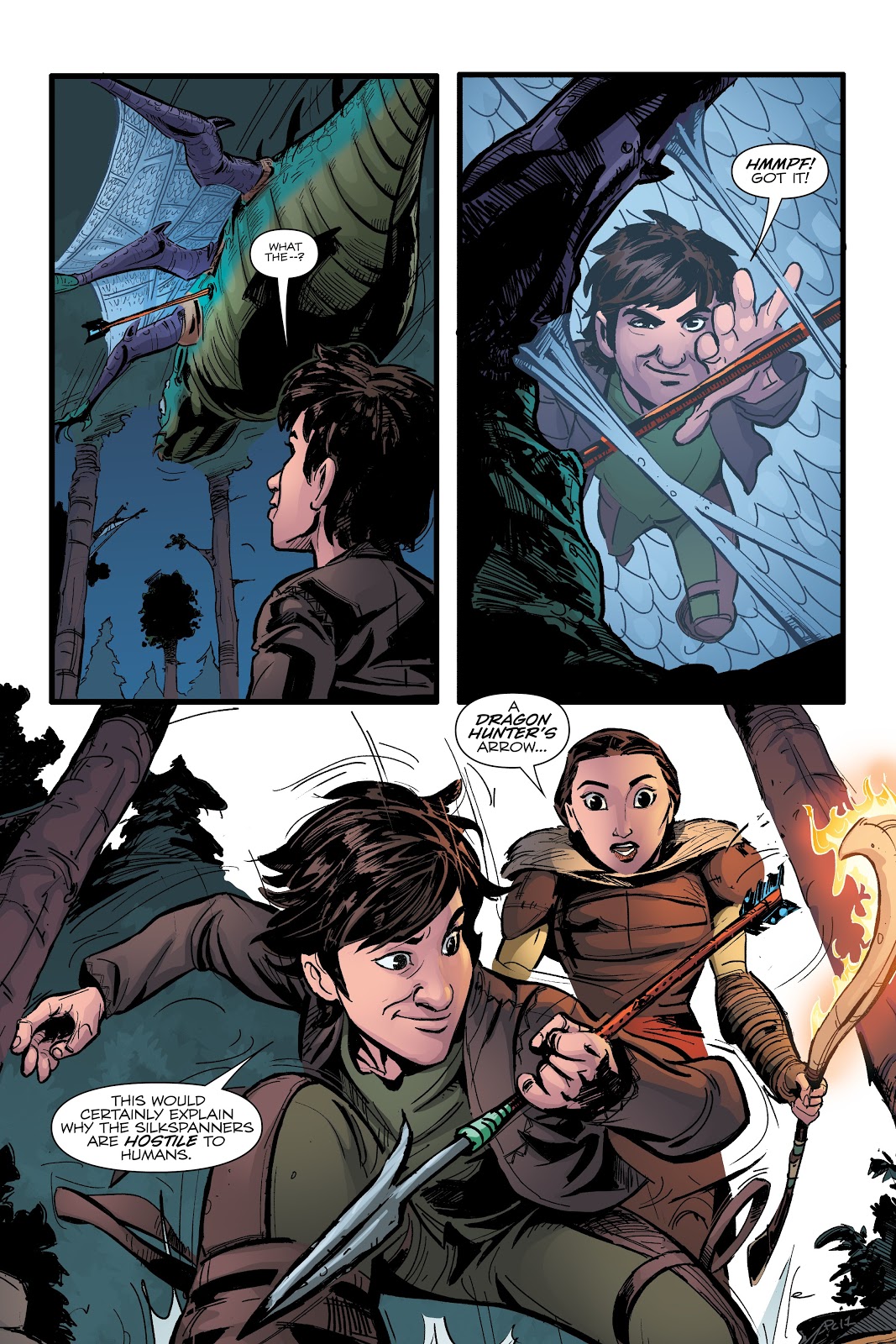 As frequently seen, just because Hiccup gets along with dragons nesting around his village of Berk doesn’t mean he gets a free pass with all other dragons, and a previously unknown species known as Silkspanners are proving troublesome.

The Serpent’s Heir proved Dean DuBois and Richard Hamilton could effortlessly transfer their writing skills from film and animation respectively to the needs of a graphic novel. Every bit as accomplished was artist Douglas Wheatley, producing some wonderful cartooning when previously better known for his figurative realism. Sadly, he only draws the first sixteen pages of Dragonvine, although very nicely, and Francisco de la Fuente moves further into cartooning for the remainder. Hiccup’s previously rounded and soft face is now rendered as angular and while the cartooning is good, it’s moved from unique to a form that’s no longer distinctive.

Wheatley’s pages are by way of a prologue, Berk’s familiar faces trapped in a cave telling stories about their past heroic exploits, or not. It’s nicely handled, with Wheatley modifying his style according to who’s telling the story, and the cast interrupting and correcting the storytellers.

The Silkspanners are newly introduced dragons who spout a form of webbing from their mouths rather than fire, and are too frenzied to heed Toothless’ orders, but they’re only the secondary threat. The primary one isn’t a dragon, but possibly more deadly. The writers keep the tension going, and drop in a surprise or two, but Dragonvine isn’t as inventive or whimsical as their previous story, and with the art different as well, the appeal is more selective.