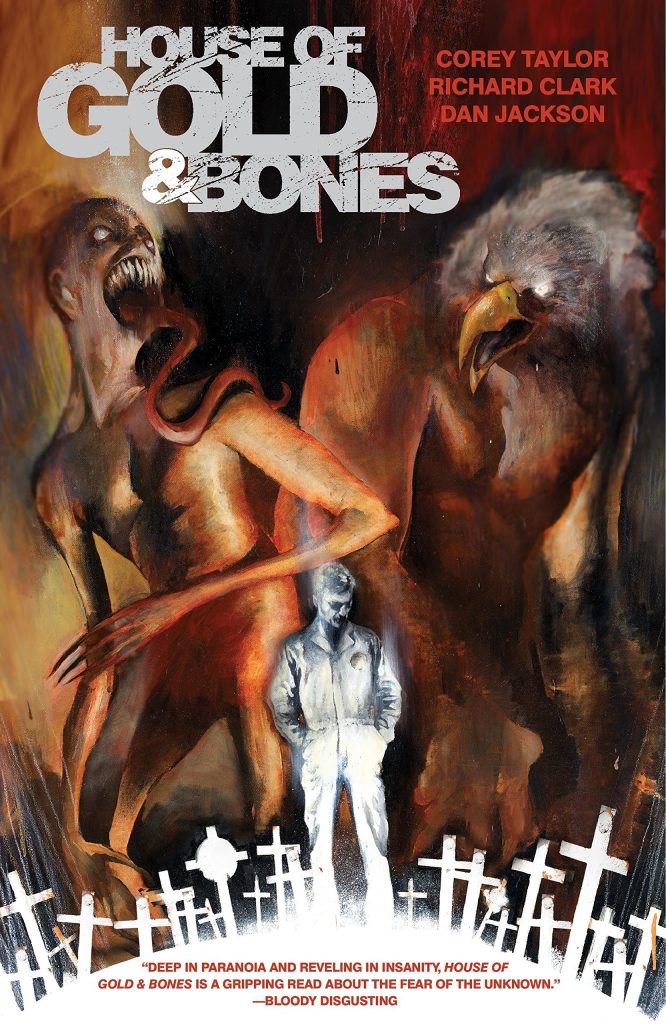 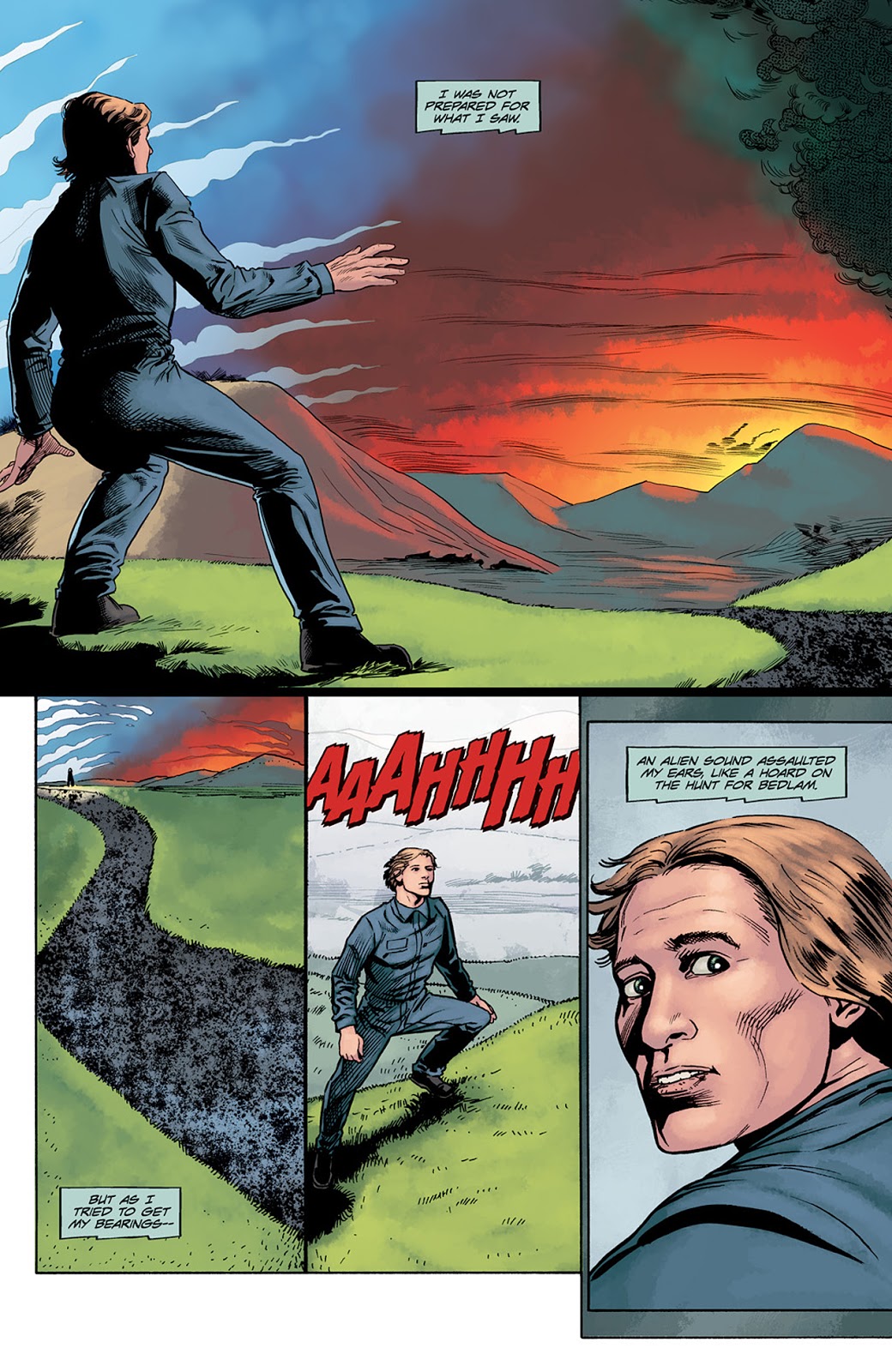 House of Gold & Bones, is Slipknot vocalist Corey Taylor’s accompanying graphic novel to his side project Stone Sour’s 2012 album of the same title. It’s a concept album about a human finding himself confronted with unknown terrors on a strange, yet oddly familiar world. If you like the band and the album you may be predisposed to treat the graphic novel kindly, but anyone wanting some thought and content to their horror should stay well clear of House of Gold & Bones.

Whatever you might think of the accompanying album, at least musically there’s the possibility of creating a mood from random sentences and vaguely formed fears of the unknown. In comics form that cuts no ice, and page after page of foreboding tension punctuated by the occasional enigmatic dream encounter offers no content. Artist Richard Clark struggles to create coherence from the vague thoughts he’s provided with. Is he at fault for not providing the necessary awesome terror in the sample art, or is he only able to work with what the script delivers? He certainly keeps his images big.

Confronted on all sides by strange terrors, and alternate manifestations of himself, can our nameless hero wade through the symbolism, put it all together and save the day? Be warned, you’ll figure out the truth long before the lead character does, and even a brief action flurry with the horrors concealed in a church can’t save the graphic novel. There is a thought that House of Gold & Bones could be in some way autobiographical, Taylor having to purge some demons of his own, and if so he should have every sympathy and offers of help, but it still doesn’t make for a readable graphic novel.