Hope… For the Future 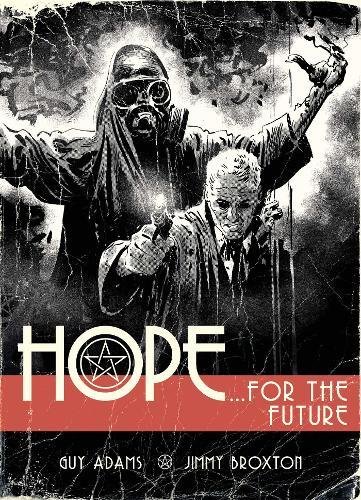 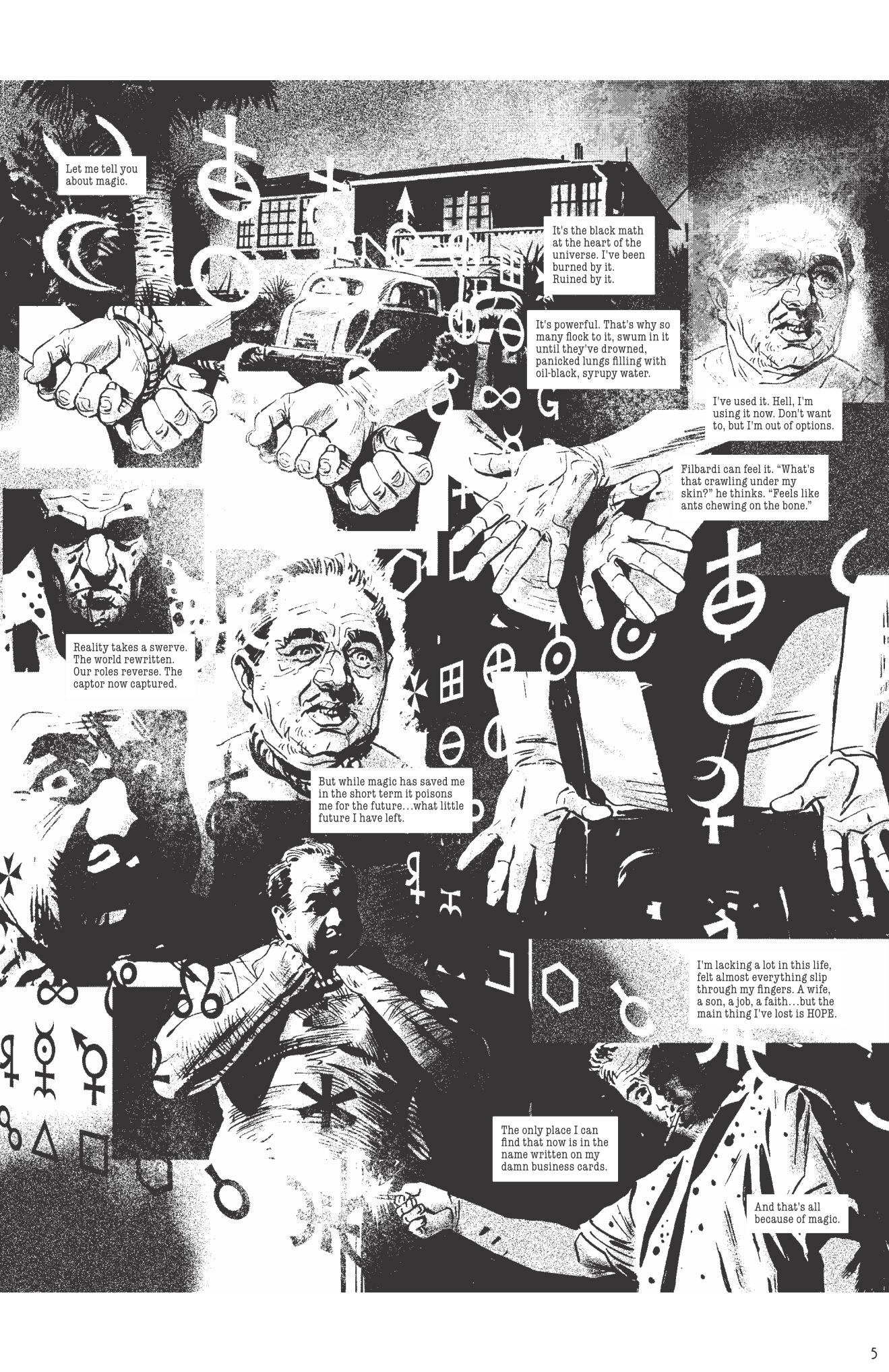 Most private eyes have their demons, but in Mallory Hope’s case they’re literal. He works with magic. Not the staged theatrics of doves, scarves and cards, but the real, skin-crawling deal. There’ve always been a few practitioners, and this magic takes different forms. Hope can nudge a few people psychically to have them reveal themselves, but others have other talents. Child film star Joey Fabrizzi is known to the public as Buster Ritz, and has been almost supernaturally adored since he was a baby. Now he’s been kidnapped, and Hope’s been hired to find him.

Hope is a strange beast, at its best a well observed period piece echoing the classic noir detectives of the late 1940s. Guy Adams has Hope traipsing round a still glamorous Los Angeles meticulously rendered in grainy black and white by artist Jimmy Broxton, toning for all he’s worth. The pages are infused with a strong sense of graphic design, and are very much influenced by classic newspaper strip artists of the 1960s, with Al Williamson’s look apparent. Under less skilled hands this might look plain wrong, but Broxton has the technique to pull it off.

The plot is more compromised, pretty well fatally so. Having introduced the concept of magic, enabling some nice design work from Broxton over the opening pages, there’s barely any use for it until the finale. Oh, it hangs over the story and there is one scene where it’s used to show Hope out of his depth, but it’s never integrated in any cohesive fashion, so just a gimmick. Perhaps a condition of serialisation in 2000AD was that Hope wasn’t just the noir crime homage that Adams and Broxton really wanted to produce, but that it included elements that slotted more readily in to science fiction and fantasy formula. If so, they’re a distraction rather than an essential story point.

There’s another outing for Hope in Hope… Under Fire, which has a greater purpose for the magic.