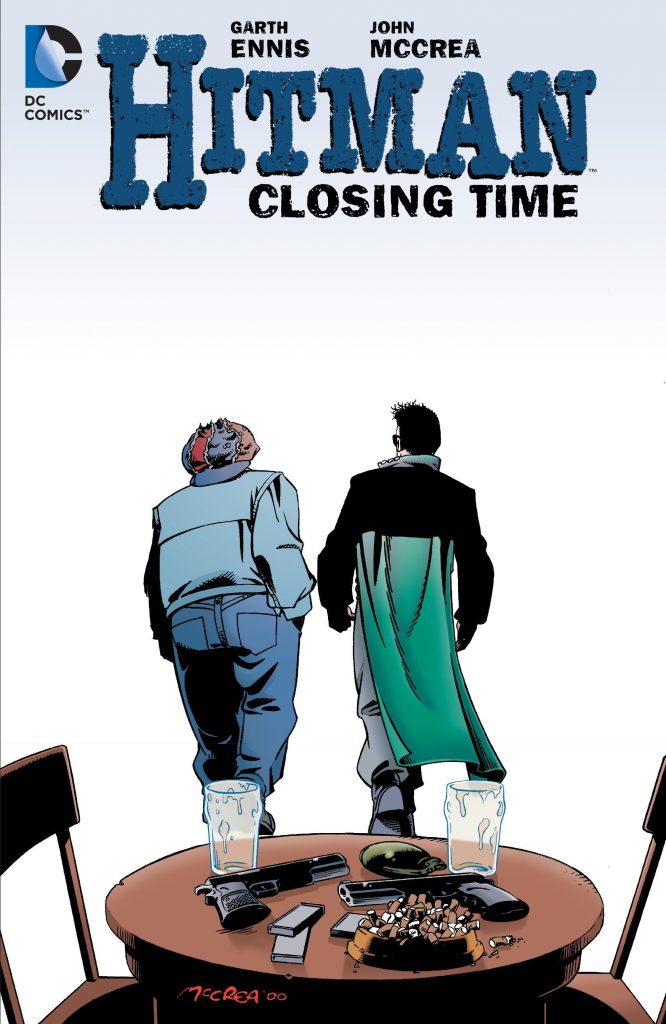 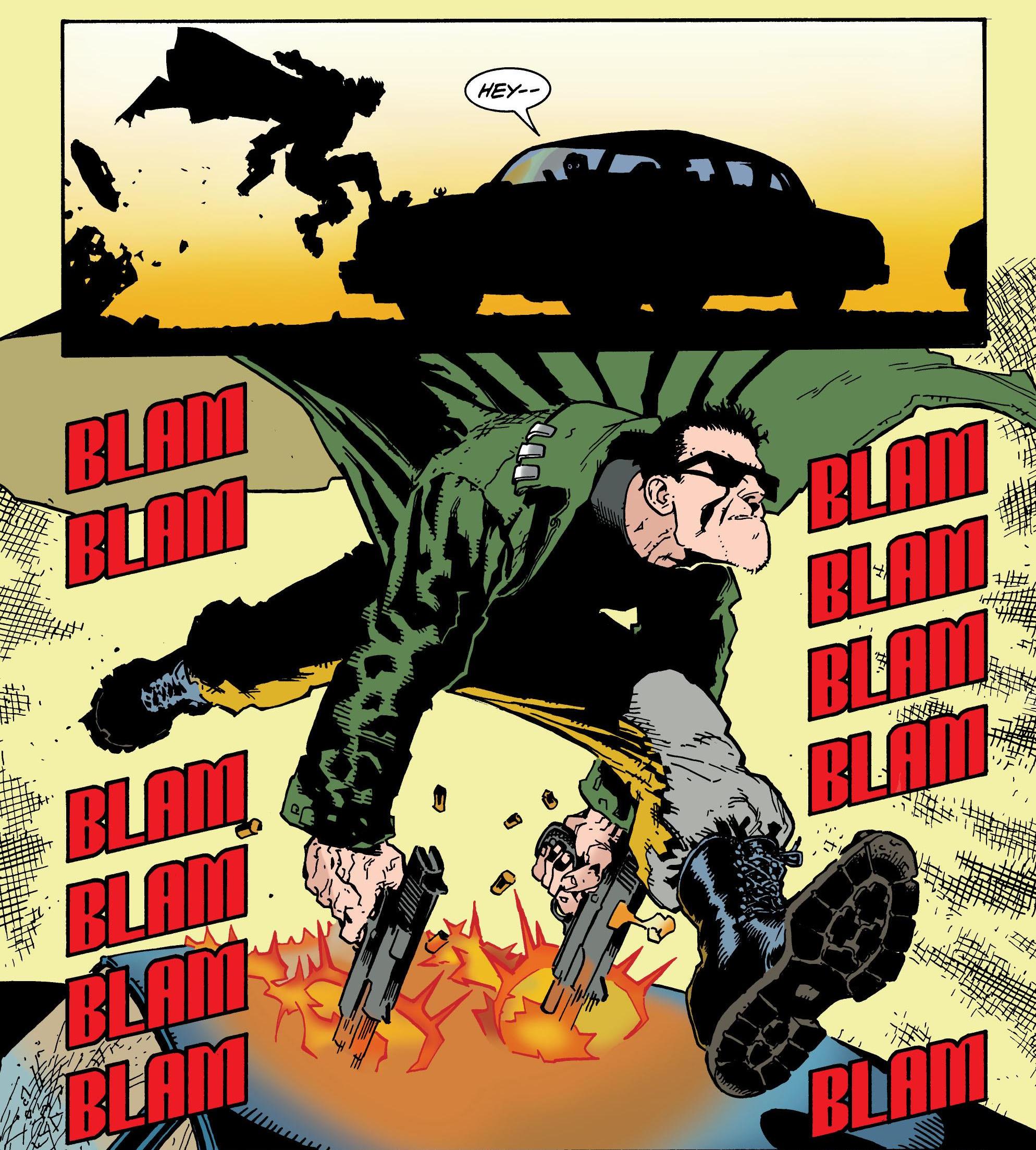 When you’re in the pub with good mates, having a great time the sound of bartender shouting “Last Orders Please!” is disappointing. Likewise this seventh book in Garth Ennis and John McCrea’s Hitman series is the eponymous bell calling Closing Time on a fun series.

If Hitman had only been based on action and irreverence it likely would not have lasted as long as it did. Underneath the million bullet casings, the loony action and sniggering at superheroes is a well crafted emotional core. How else would an army of fans have taken a shady mob assassin into their hearts and rooted for him? Hitman is nuts but thoughtful, and the plethora of characters all relatable on a human level. And a bunch of characters there have been, from Tommy to Sean Noonan, Natt the Hat to Baytor and a number of guest appearances ranging from Catwoman to Superman.

In the previous book (For Tomorrow) the scene was set for the end we know is coming but first we reminisce with stories set before those events. ‘That Stupid Bastich’ features Lobo who is on Earth collecting a bounty, stopping into Noonan’s for a drink. Obnoxious braggarts are par for the course in a bar but when Lobo picks on regular Sixpack, Tommy steps in. Of course it doesn’t go well, getting worse when the mob see an opportunity to take Tommy down. Illustrated by Doug Mahnke (sample art) it has great crowds, attention to detail and action sequences to help make this very funny. Nelson De Castro and Jimmy Palmiotti are guest artists on ‘How to be a Superhero’ where Sixpack learns how to be a hero from Superman. Or is that the other way round?

For ‘Super Guy’, McCrea and Garry Leach return to art duties. Tommy and Natt the Hat are hired to take out another weird failed experiment at the Injun Peak Meta-Human facility. This one has an inter-dimensional storage portal in a certain bodily orifice, but when demons are unleashed hope lies in an unlikely place. The tone turns sombre for ‘Closing Time’ when Maggie Lorenzo sees something she shouldn’t have and runs to Tommy for help. Now an old enemy decides its time Tommy was dealt with. All his past sins are coming back to haunt him and with a $2 million dollar bounty on his head who can he still trust? Hitman is going out in a blaze of glory.

Dark and a little harrowing even by series standards, Ennis ties up loose ends in what is a very emotional story. McCrea and Leach do a grand job, those epic gunfights and explosions outstanding, flashbacks to Tommy’s childhood and earlier life in a grey wash adding heft. Give credit to the creators here because they give Tommy – and characters like Sean Noonan – a much deeper back-story. Without revealing spoilers there’s an unusual epilogue in a crossover with the JLA in ‘On the Darkside’. It’s not the first time Tommy has been to the Justice League’s moon base (see JLA Volume 1) but this time it’s to do more than ogle Wonder Woman.

There isn’t really an anti-hero quite like Tommy Monaghan. Violent and tragic, he nonetheless wears his flaws and his heart on his sleeve. Just like the end of a good night out, there’s a satisfaction and sadness to finishing Hitman. You’re sad to see your friends go, but glad you got to spend time with them. Ennis and McCrea have contributed to some amazing stories, but this is an absolute favourite.