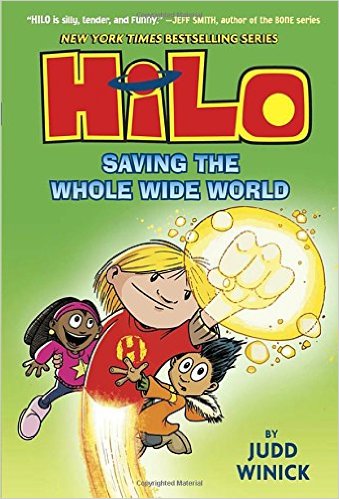 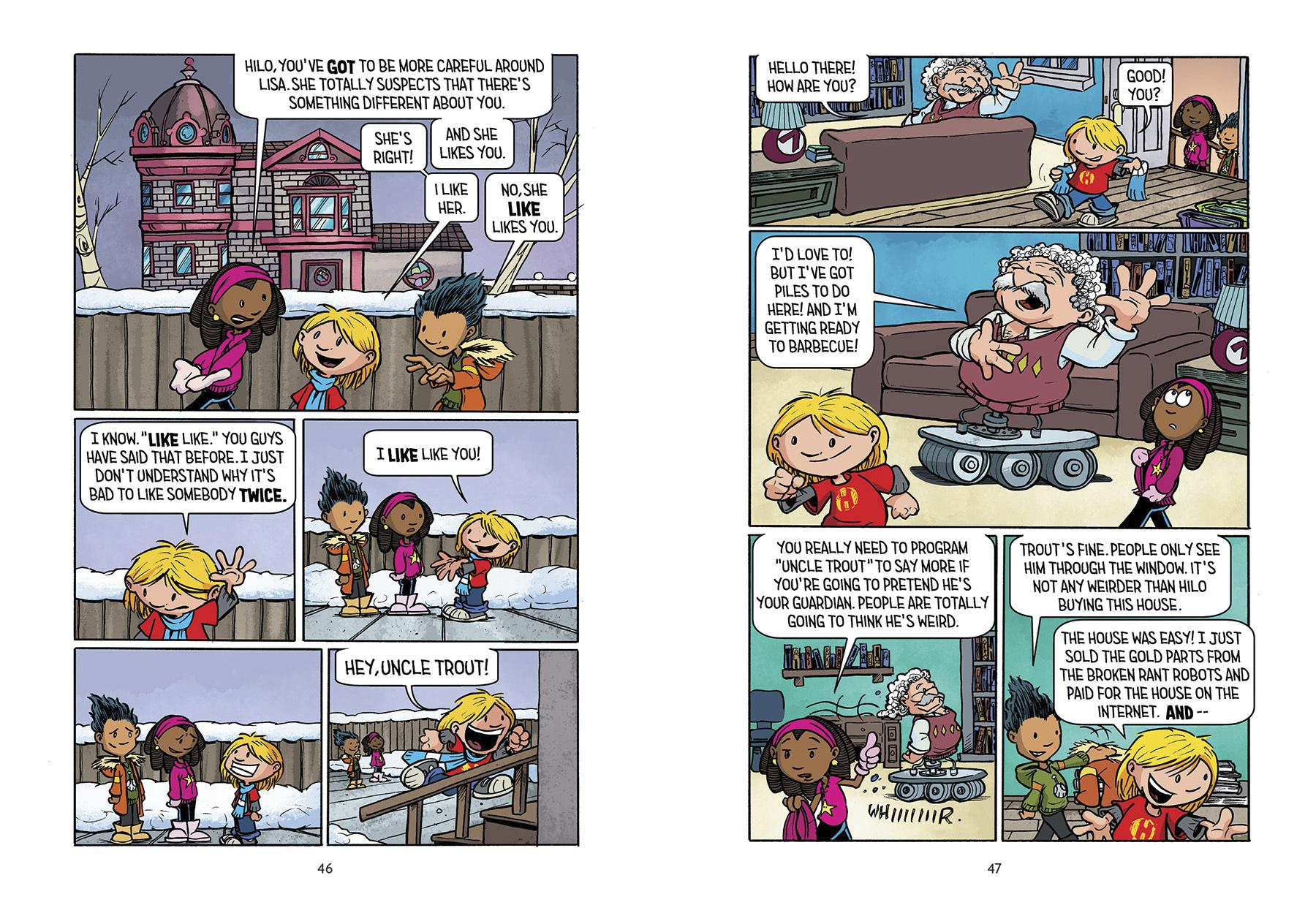 Hilo crashed to Earth from another planet, fittingly enough in The Boy who Crashed to Earth, and his exuberant personality and special talents marked him as an unusual young lad.

When last seen Hilo had been sucked back to another dimension, but this proves a temporary hindrance, and he’s soon back on Earth with his pals D.J. and Gina. Has something followed him? Yes, actually, and that’s no big secret. Having already been on Earth, Hilo’s preparations are extensive this time. Gold from robots he destroyed has financed a large house with robotic Uncle and a cavernous laboratory. This is required as Hilo still has gaps in his memory, and while he’s temporarily trapped a threat to Earth, this won’t last indefinitely.

Judd Winick’s added a few new jokes to the “Aaargh!” greeting, such as dogs being inexplicably attracted to Hilo, but once again repetition is key to engaging the young minds at whom these stories are aimed. The mythologising of disgusting habits also helps with that. The possibility of dimensional portals ensures loads of new fun characters turn up, including a samurai cat and Viking hippos, wonderfully named as Slobberbacks.

Winick’s cartooning is brilliant. Hilo is perpetually smiling and enthusiastic, and transfers this positive attitude to those around him. When in motion, which he is much of the time, it’s reminiscent of the energy Calvin exhibited in Calvin and Hobbes, and page after page has this joyful kinetic charm. A visual element that works very well is Hilo constructing a device that operates in the manner of the TV zapper, grabbing monsters and slinging them back to their home dimension.

As previously, Winick slips in character building messages concerning the value of friendship or reinforcing that everyone has positive qualities, but these aren’t intrusive or hectoring, and he builds on them much in the manner he foreshadows plot elements that will later have a part to play.

According to the testimonials provided, eight year old Nory V and his brother fought over the first Hilo book, and he couldn’t wait for the second so they can both have one at the same time. They’re not going to be disappointed. They may be a bit concerned by the ending, but that’s settled in The Great Big Boom.