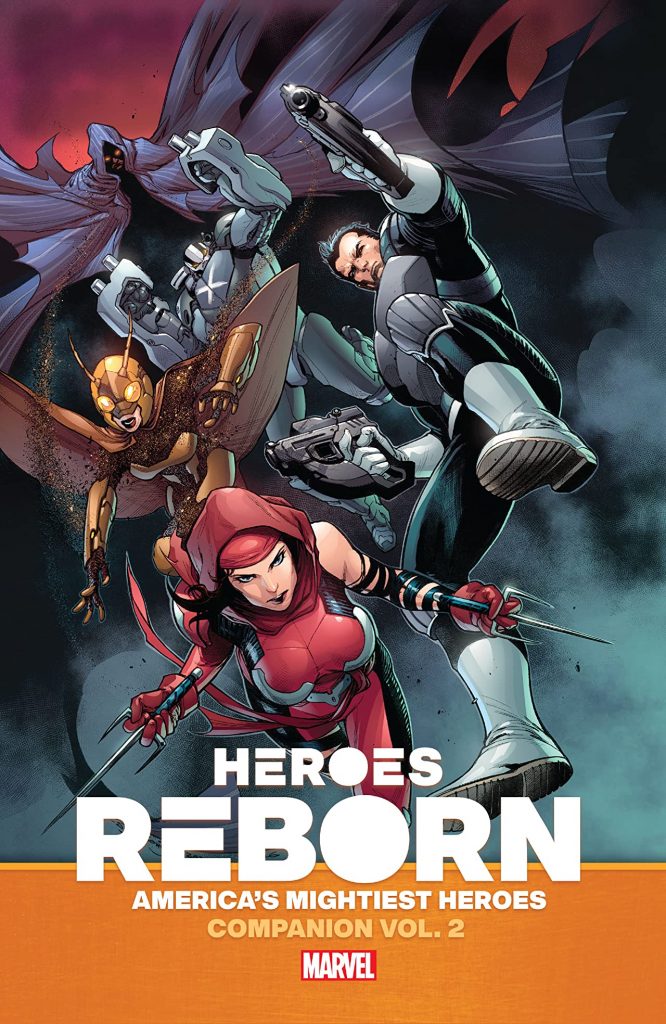 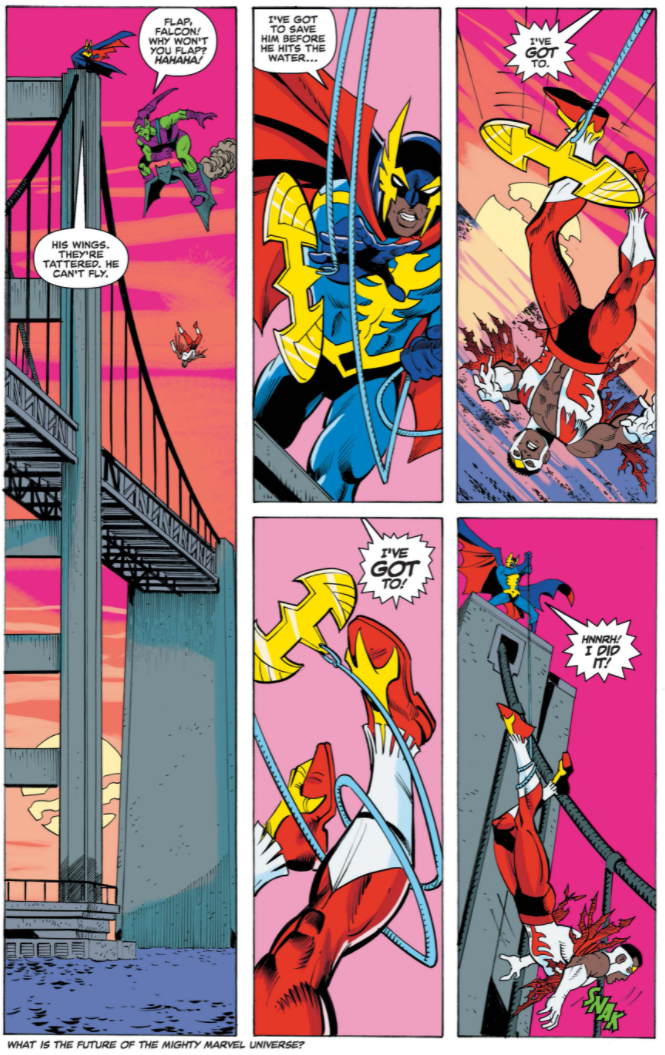 The second Companion volume to 2021’s Heroes Reborn: America’s Mightiest Heroes serves up pretty much the same content as Volume 1, one-shot stories intended to provide insights into and back story of a world without the Avengers. The quality here is slightly improved, helped by some more prominent creators.

Vita Ayala and Farid Karami provide the best story, Night-Gwen, in which Gwen Stacy serves as Robin to Nighthawk’s Batman. The story is well-centred on Stacy as both superhero and professional psychiatrist, Ayala adds a queer sensibility, and Karami’s panels are dynamic and tell the story well. Tim Seeley and Dan Jurgens produce a 1970s tale of Nighthawk and the Falcon based on the Gerry Conway/Gil Kane/John Romita, Sr classic ‘The Night Gwen Stacy Died’, and Jurgens achieves a lovely pastiche of Kane and Romita’s art (see sample image). The other above average tale is American Knights, by Paul Grist and Chris Allen. Using characters already introduced in Night-Gwen, Luke Cage is re-imagined as a Commissioner Gordon figure, with Misty Knight and Jessica Jones as police detectives, up against a vigilante called the Saint.

Rounding the collection out, Squadron Savage, by Ethan Sacks and Luca Pizzari, features a Squadron black ops team, featuring people who are, in the mainstream Marvel universe, either anti-heroes such as Elektra and the Punisher, or outright villains such as Crossbones. And finally, there is Ed Brisson and Roland Boschi’s Weapon X and Final Flight, in which the last survivors of this universe’s Alpha Flight get trashed by the Squadron Supreme; it’s a pretty depressing tale.

As with the previous collection, these stories are often grim, violent, and replete with character death,  but there’s a sense that none of this really matters. Wolverine might be stuck on a deserted planet where he will either die for good or be trapped in a constant cycle of his healing factor bringing him back to life, only for the planet to kill him again, but behind all this is the knowledge that a big reset button is about to be pressed, and the Avengers’ world will be restored. So, whilst there are some nice bits of storytelling, they support a fairly inconsequential concept.