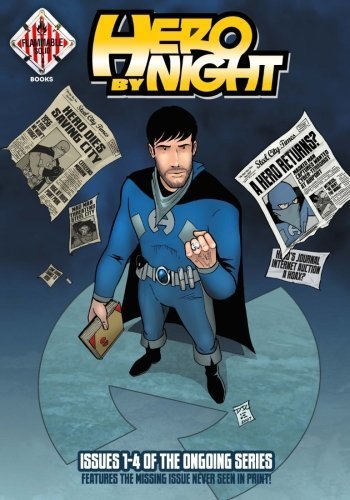 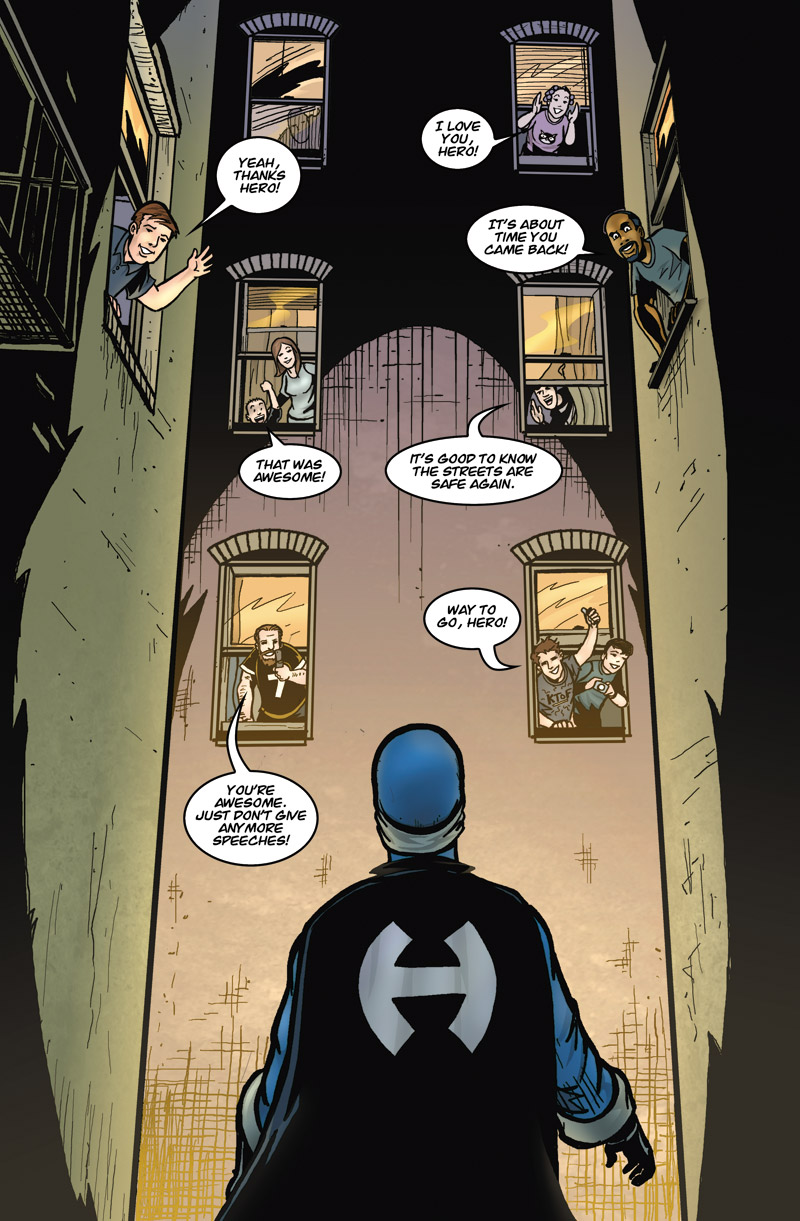 In the first Hero by Night collection, confusingly bearing the same title but distinguished via being published by Image, we were introduced to Jack King. Clearing up the building for which he’s been appointed superintendent he stumbles across the secret lair of almost forgotten 1950s protector of Steel City, Hero by Night. Jack discovers not only his journal, but the source of his power, and in circumstances less inevitable than might usually be the case, eventually takes on the mantle in the 21st century.

We’ve moved forward a little from the introductory volume. There are a few people who are aware of Jack’s new identity, and at the behest of his girlfriend he’s avoided having another shot at playing hero. But who’s that old gent named David Day in a retirement home retaining only fragments of memory, but all of them featuring the Hero by Night?

This time around, occupying the middle section, we have Super Simian, a giant red ape, but again perhaps not the predictable villain you might assume, and Jack’s way of dealing with him is well plotted. What Jack also discovers is that the threat of a super villain is nothing compared to the fury of a girlfriend. D.J. Coffman’s plotting was unpredictable and entertaining in the first book, and is even more so here, and although the dialogue is now provided by James Patrick, he manages to hit the correct jokey tone. Coffman’s nice cartooning, coupled with the bright colouring of Jason Embury completes the light mood. The aim appears to be the same market as Invincible, and this is a sterling attempt.

Coffman is plotting for the long term here, and while there’s a full dose of entertainment, very little is resolved with regard to the bigger picture. The story continues on the Hero by Night website, but there hasn’t been a new page since the end of 2014.