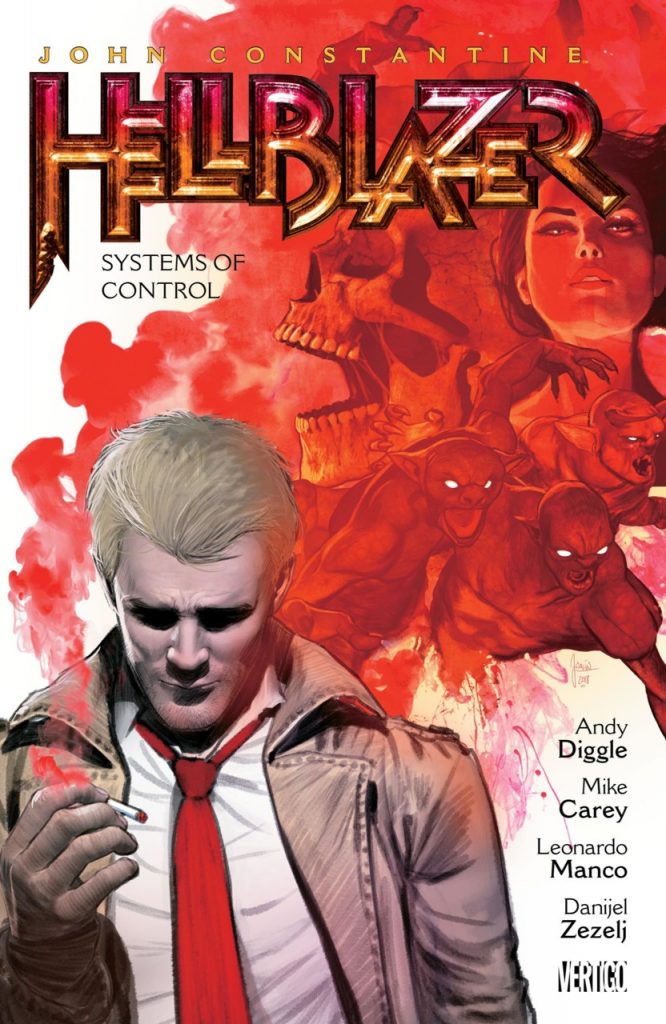 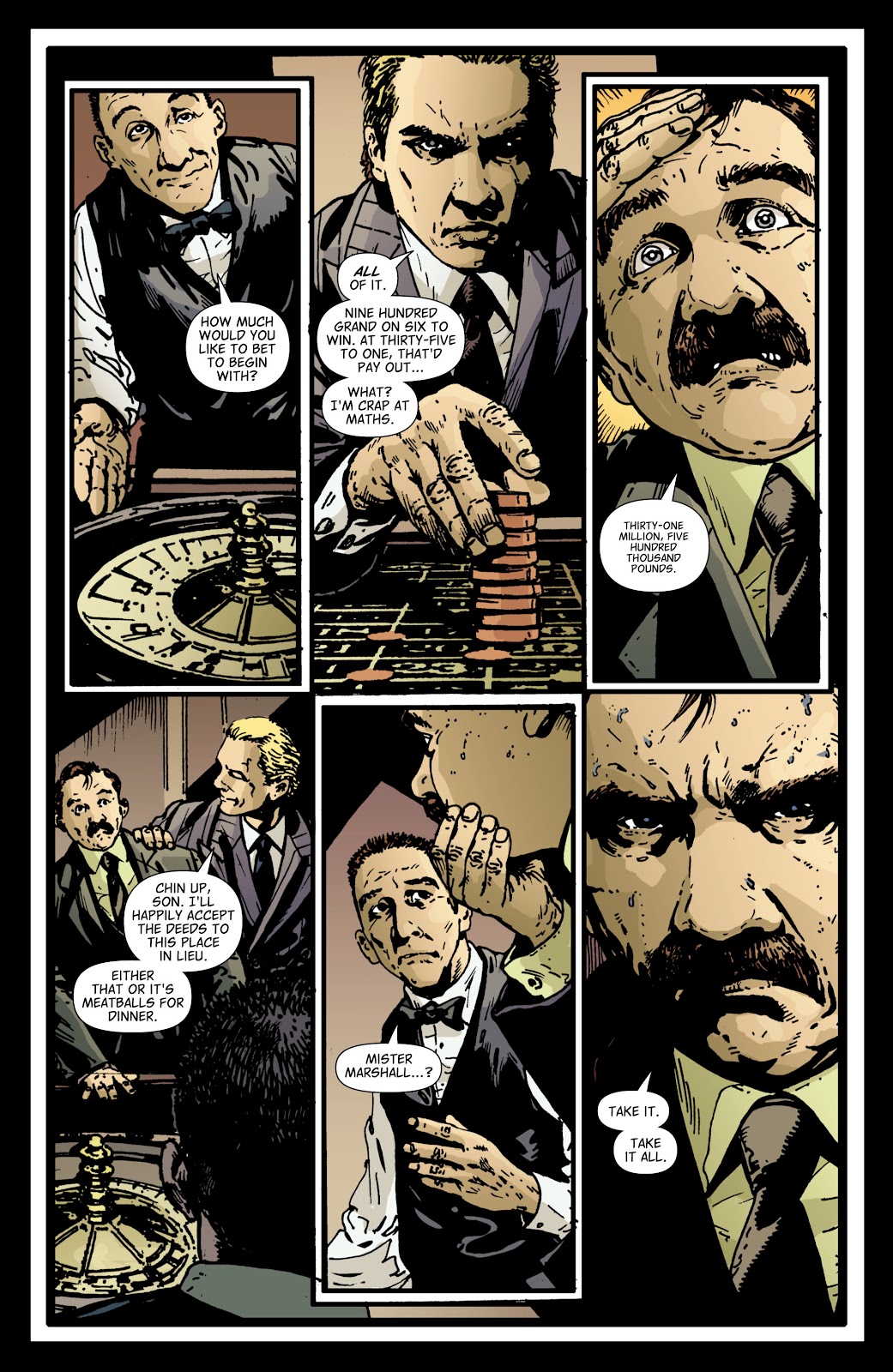 Modern trickster mystic John Constantine has been many things, but what he’s never been since his debut is exactly what writer Andy Diggle returns him to in this collection. When he first introduced himself to the giant vegetable Bog God, Constantine was a cool, sharp-dressing, smug, in-control and very dangerous man-of-mystery we weren’t supposed to like. He oozed menace and untold secrets, and was always in charge of the situation.

After twenty years and more of going to Hell and Back, that menacing stranger returns, but with enough accumulated shared history now that the reader can still empathise with this unlikely hero whom no sane man would actually want to have a pint with. Moreover, despite being a Scouser (someone born and bred in Liverpool) by birth, Constantine is a Londoner by disposition, and Diggle writes him with that so distinct voice and attitude.

Back on top and dressed to impress, the hard man does a favour for an old acquaintance in the first tale of this chilling collection which is rendered with macabre, gritty charm in a bleakly near-caricaturist manner by Leonardo Manco and enhanced by the moody hues of Lee Loughridge. Pearly Grey was an old-school East End gangster, but he’s in Wormwood Scrubs now, at Her Majesty’s pleasure. His daughter’s dead and she was murdered. He knows how because she told him when her ghost appeared in his cell, but she didn’t say who was responsible. Solving the problem of the unquiet dead is only the first step however, as Grey gives Constantine a chance to clean up old business at Ravenscar, once the scene of the Magician’s greatest failure, but now part of the gangster’s extensive property portfolio. It couldn’t have gone better if Constantine had planned it.

The final tale introduces a new nemesis for the chain-smoking wizard in a grimy, nasty tale of possession in the blighted urban hell of South London. With triggers lifted from any daily paper, this is a tale of murderous wasted youth, privilege and social disorder, murder and witchcraft, prompted by greed and the utter contempt of the elite for the rest of society. Political corruption stalks hand-in-hand with blood-hungry monstrosity in this very British horror story and at its blood-soaked centre is a bloke in a raincoat with a smile that can make a statue sweat.

This is a welcome advancement and return to terrifying form for one of American fantasy’s most striking characters. Thoroughly British once more, this is a unique character at his compelling best, and another superb horror tome to add to your “spooky” shelf.

When originally released as Joyride in 2008, the collection ended with Diggle’s work, but System of Control also includes the single chapter ‘Smoke’, illustrated by Daniel Zezelj, about troubles at the docks, and ‘All His Engines’, originally issued in hardcover to coincide with the 2005 Hellblazer movie.

It mixes a sleeping plague with a demon intent on housing Hell’s overspill population on Earth who tries to blackmail the scruffy sorcerer into doing his dirty work for him. Then a disenfranchised Death God sticks his oar in. Constantine intervenes with his usual grisly and spectacular panache. This is the character at his absolute best, in a tour de force from Mike Carey and Leonardo Manco at the very top of their game. The Laughing Magician is next. 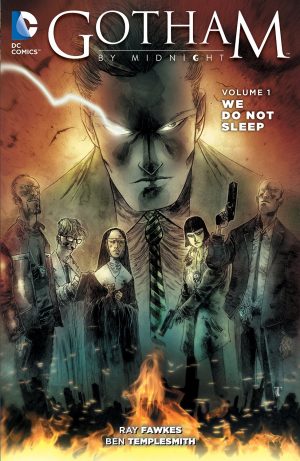