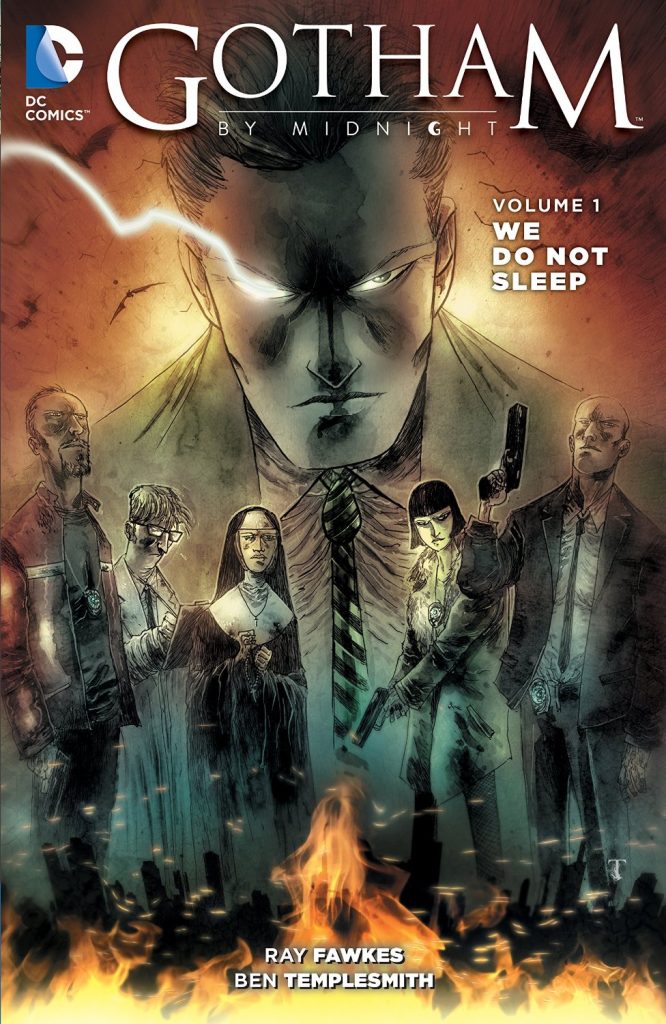 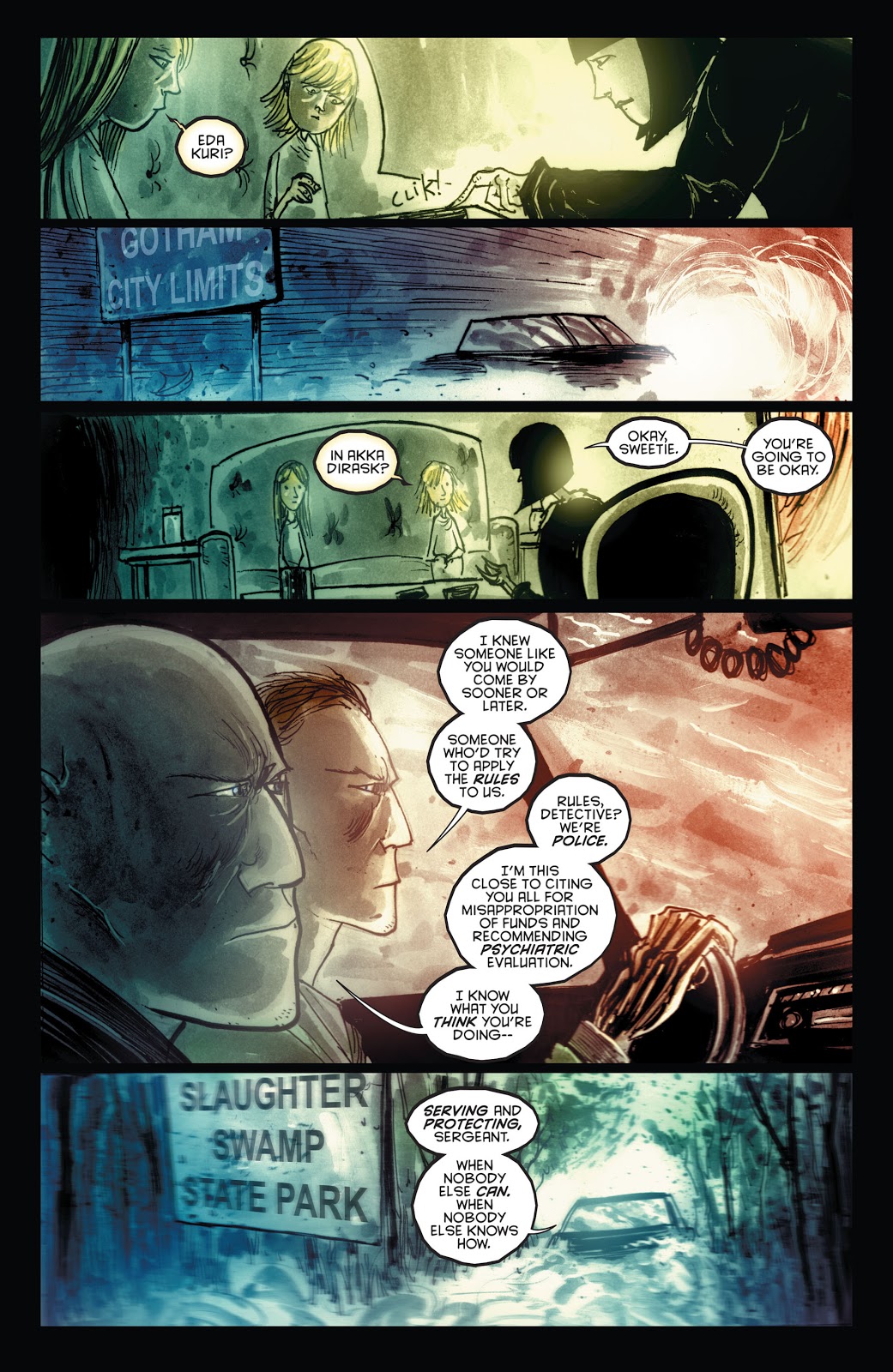 Gotham being what Gotham is, there’s a small police task force headed by Jim Corrigan and allocated to the weird and supernatural horrors who infest the city. Corrigan is also host to the Spectre, a manifestation of God’s wrath who metes out appropriate punishment to sinners, but that’s almost incidental, as Corrigan is the main feature, not the Spectre. He’s a tired and isolated man worn down by what he’s experienced, and what he knows is out there, yet he still gets up every night to do his job. He’s surrounded by a small cast of equally touched specialists, all of whom have glanced into the abyss.

Under Ray Fawkes the results of their investigations produce surely the bleakest DC title since the days of Jamie Delano’s Hellblazer. That was disturbing, yet the art nonetheless had the comfort of at least adjoining the familiar. Ben Templesmith, best known for the frights of 30 Days of Night, supplies none of that, just relentless scratchy and unsettling atmosphere. His people are the types who raise goosebumps when they walk into a room, and his seamy locations are almost smeared with a very limited wash palette, making everything creepy, as if the lights don’t work properly.

Fawkes introduces the cast and their purpose via an inspection from Internal Affairs wanting to know where their budget goes, then drops in their backgrounds amid a case of abducted children returned all speaking an incomprehensible language. There’s an obvious trust and mutual respect between members of the squad, but they equally keep others at a distance, knowing they’re the wall standing between the darkness and humanity. It’s all very desolate, and very effective, and Fawkes doesn’t take the easy route of letting the Spectre loose to deal with the evil with a snap of his fingers as used to happen back in the day. As a solution, the Spectre is as terrifying as the problem, and something to be contained, not released, especially when Gotham is a city rife with sin and the Spectre draws no distinction between sins, nor takes mitigating circumstances into account.

Better still, there is evil, but the evil has a point. What’s happening is revenge, not indiscriminate slaughter, although that’ll be no comfort to humanity. Because this is Gotham we see Batman, only briefly, but meaningfully, and there’s a smart revelation near the end that recontextualises why Gotham needs a Batman, that the darkness is inherent and has been present since the city was founded.

It’s astonishing that Fawkes disappointed with similar themes on Constantine when he’s capable of such coherent and visceral horror, yet manages to keep it character driven. Of course, Templesmith being such a maverick talent is a massive contribution, but the foundations are there. Juan Ferreyra picks up the art for Rest in Peace. 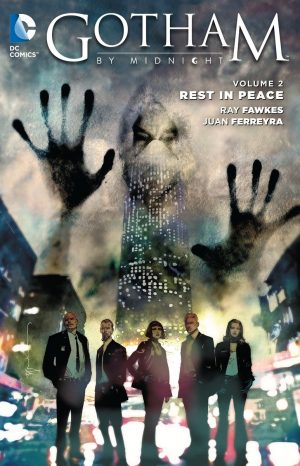