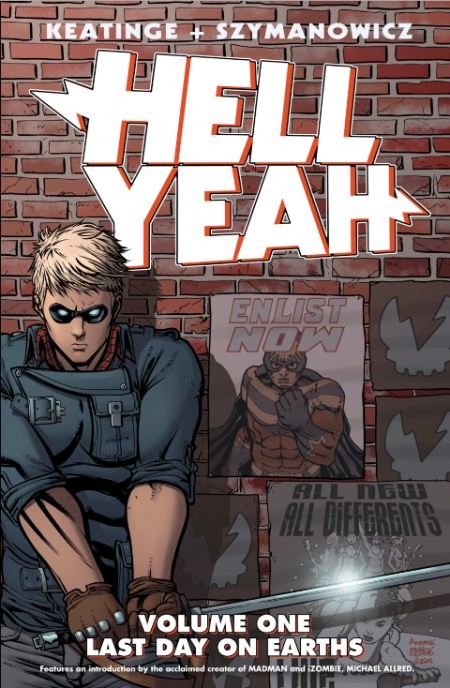 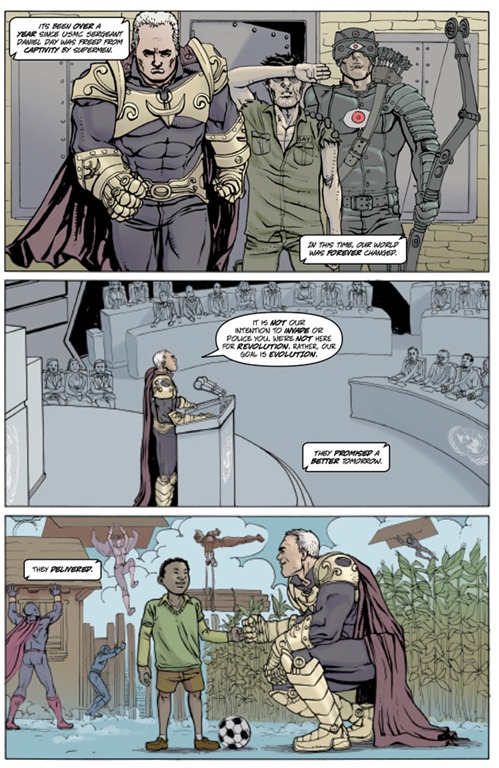 Ben Day (an in-joke for older readers) lives in a world that’s been greatly improved by changes instituted by a group of superheroes who suddenly revealed themselves one day. Over the opening chapter Joe Keatinge’s not keen to let readers in on much beyond their first appearance being to rescue Ben’s father from terrorists. That doesn’t matter, because Ben and his attitude and problems are more than enough to skate through without the details. He’s relatable, and when a group of other superheroes turn up the hook is well and truly pulled in.

Last Day on Earths requires attention. It’s not that Keatinge and Andre Szymanowicz aren’t clear storytellers, but the story they’re telling is a complex one dealing with alternate realities. Shifts between them occur, and the same people are seen at different times in different places, although generally looking a little different as well. Keatinge ensures readers know about situations that not all the protagonists have an awareness of, with the surprising identity of a killer dropped comparatively early. The combination of not knowing some things, yet being privy to others is a smart way of having readers continually asking the questions that Ben’s also concerned with, especially the part where his alternate Earth versions are constantly being murdered.

Szymanowicz is a good clear artist with design a real strength, which needs to be the case for the audience to differentiate multiple versions of the same character. Time and again some little item will pop out as looking so neat during the reading.

The surprises keep coming, and they’re well thought out in bringing some new ideas to superhero comics. A lot has been learned by both Ben and readers by the end, at which point Hell Yeah seems to be settling in nicely and there’s a good tease for the future. Unfortunately only one further comic followed, meaning the remainder of Ben’s mysteries remain untold. What’s the bet that the mysterious old guy is another version of Ben? 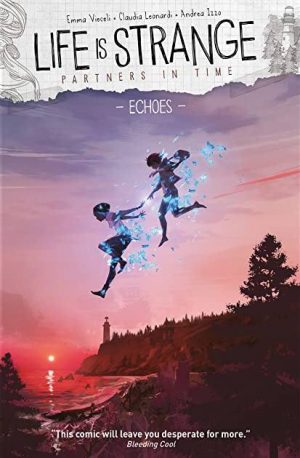