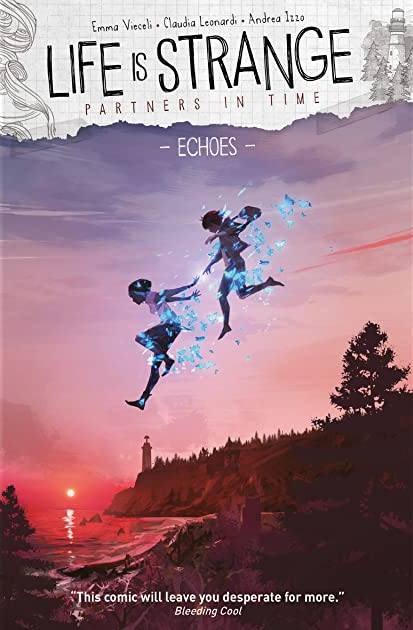 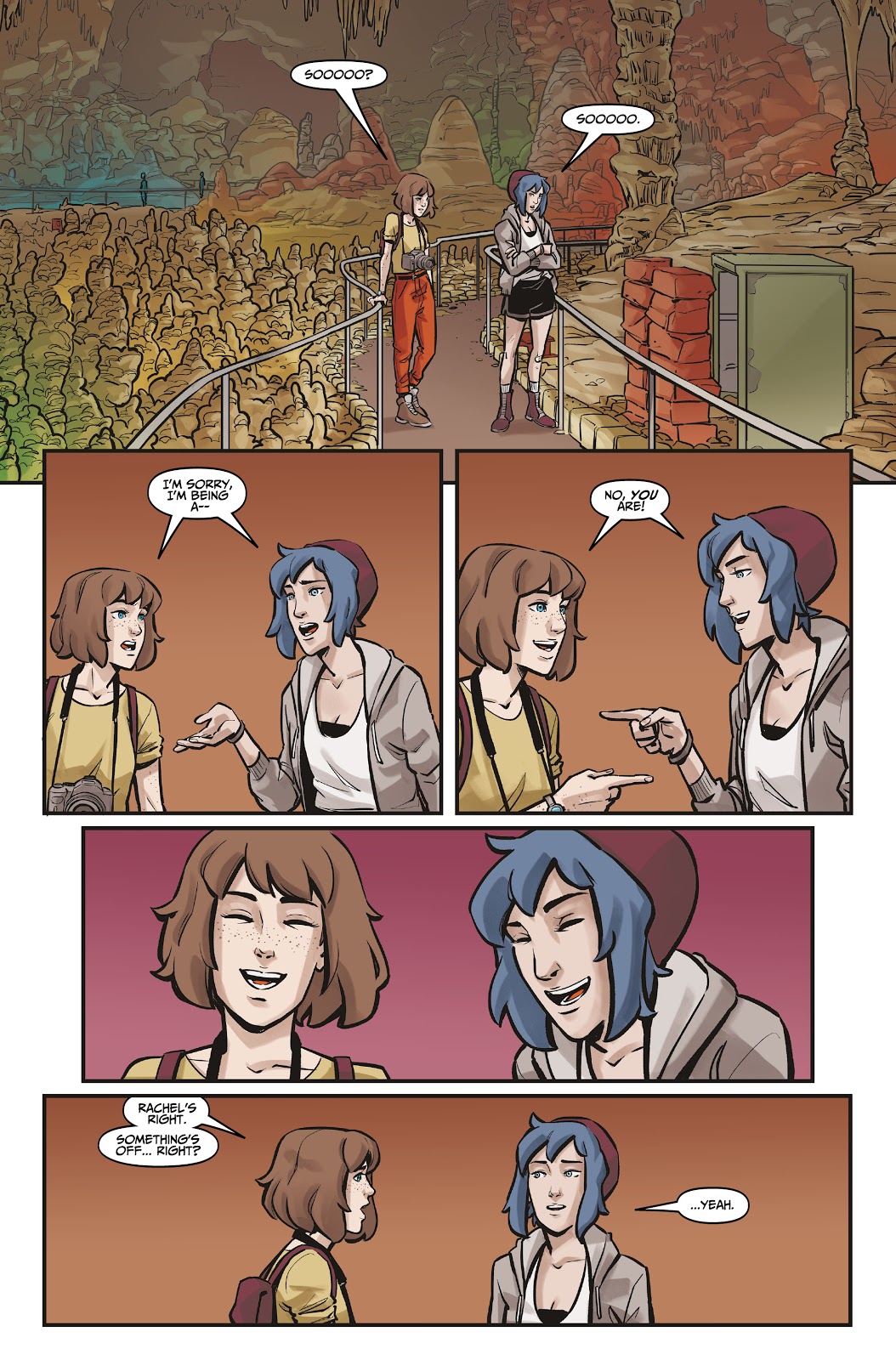 Five volumes into this series extrapolating the lives of characters from the Life is Strange game, matters have become very complicated indeed. Max Caulfield is stranded on an alternate world with alternate versions of people she knows or loves. Theoretically it’s possible for her return home, but there are consequences every time she uses her ability to turn back time, so she only does so sparingly. Partners in Time: Tracks complicated the situation immensely by following two sets of similar characters on two different worlds, and ended with previously minor supporting player Pixie revealing she was aware of what Max could do.

Emma Vieceli opens here with the immediate aftermath, with a neatly conceived look at both Pixies and how they’ve always been able to imagine alternate possibilities very vividly, and it’s where the work put into the often too diluted previous volume begins to pay off. Pixie’s abilities offer new possibilities and insight, while Vieceli continues the wonderfully naturalistic conversations, especially between Max and Chloe, and Max discovers a new talent.

Because Life is Strange is so personality driven, featuring so many people in two versions, Claudia Leonardi’s deft way of defining the cast via their posture or expressions is far more important than it might be in other stories, as is that of colourist Andrea Izzo. She highlights minor changes indicating the specific world being shown, such as Chloe’s hair or Pixie’s oufit. Throughout the series Leonardi has been an absorbing artist, defining the locations and ensuring there’s always something interesting to look at wherever the characters are. First chapter highlights include a beautiful set of connected caverns and a shop of horror-based material, and more follows.

Echoes counteracts the dip in quality experienced last time round. Even though Vieceli is still introducing new characters, the concentration is on a smaller cast with those given too much time in Tracks fading into the background once again. Pixie’s new prominence is as a conduit, both obviously regarding her ability to connect with alternatives and an emotional touchstone for the likes of Chloe and Tristan. It’s very astutely handled, and once again the maturity of the emotional connections is remarkable, especially as they’re followed over two worlds. Vieceli drawing several pleasing comparisons and insights is beautifully handled, and so is the way she’ll have the same words used on two worlds.

Echoes is a hugely joyous outing working its way to a neat cliffhanger ending to be resolved in Settling Dust.