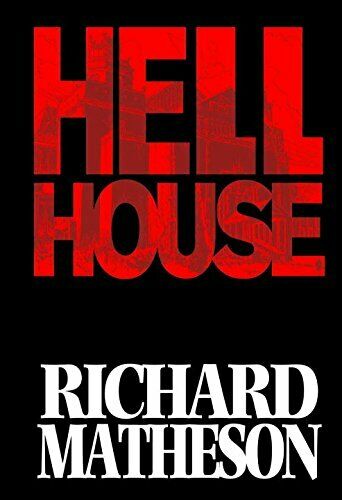 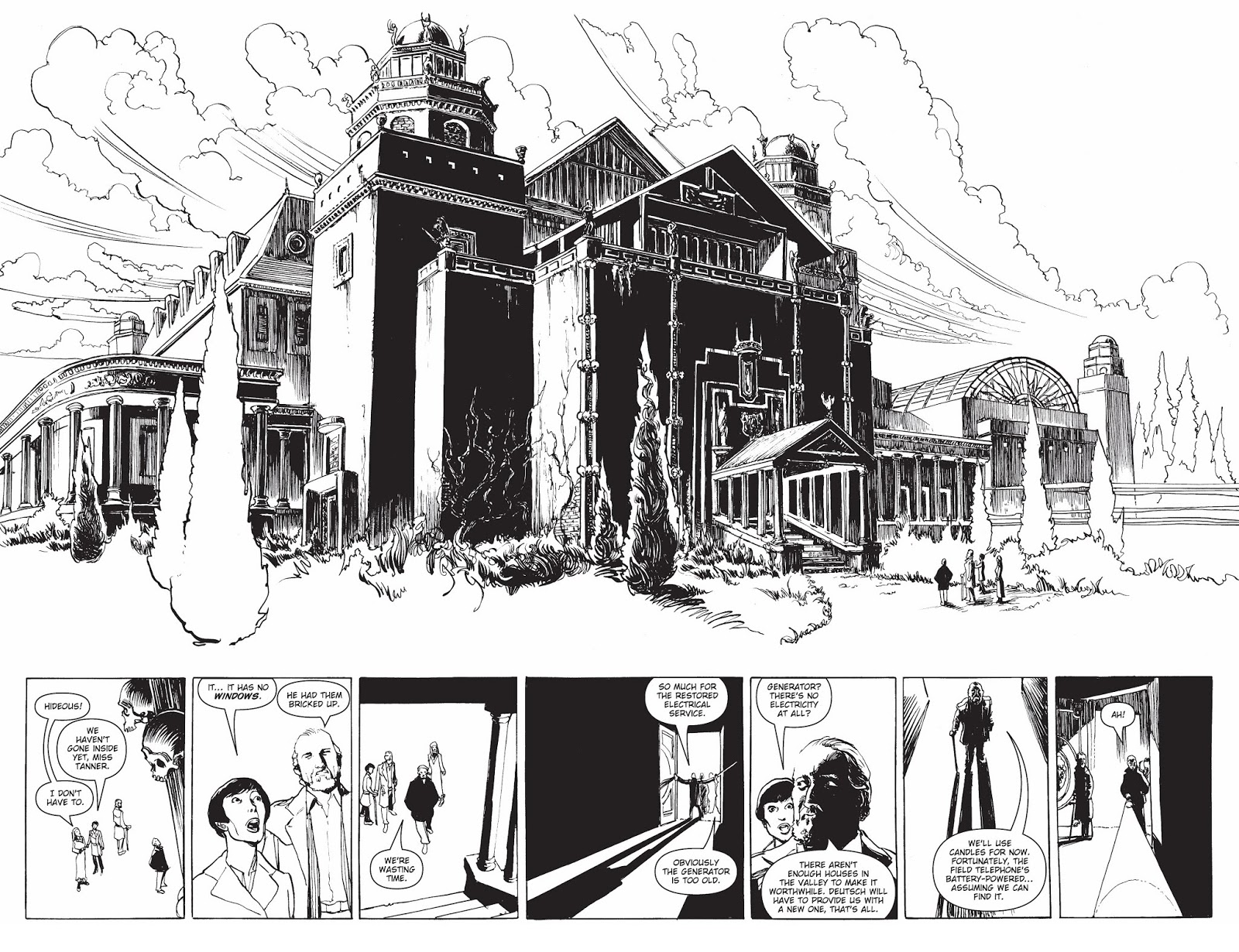 What defines the success of an adaptation? People familiar with the source material frequently bemoan the absent richness when transferring a novel to film or graphic novel format, yet for most the definition of success will be if the adaptation can be read or viewed without any feeling of missing out on something. In that respect Hell House is a great success.

Working from Richard Matheson’s plot, a tidy few opening pages on Ian Edginton’s part introduce several conflicts. The incredibly wealthy, although ailing Deutsch has bought a massive house notorious for paranormal activity. He employs a small team of specialists given an unlimited budget to prove or disprove the existence of afterlife within a week. Deutsch’s son vehemently opposes the project and swears there will be no payment.

The house was previously owned by a sinister type named Belasco who dabbled in magic and debauchery and was fond of trickery and deception, presumably Matheson’s exaggeration of Alesteir Crowley. Atrocities occurred, slowly revealed. The conflicting beliefs of the primary cast, most prominently that of science and spirituality, and their personal strengths, weaknesses and desires drive the tension, also maintained by the constant use of precise times established throughout.

Simon Fraser’s art almost flies in the face of traditional horror storytelling in comics. He uses contrasting light and shade, but not excessively, and plenty of pages are far lighter than dark, yet he nonetheless instils the necessary foreboding mood. Because the plot is fundamentally about conflicts of belief and rationality Fraser’s art requires strong definition of personalities and emotions, and the inevitable horrific happenings also have a proper weight.

Any number of horror films inspired by Hell House have used the premise of gathering people in a haunted environment and whittling them down, yet Matheson’s version is distanced by a greater intelligence. Edginton brings through how he worms his way into the cast, deconstructing them, while thought has been given to the procedures of paranormal investigators to ensure they’re not being tricked. It’s a very slow build over a considerable number of pages, but a build that sustains the mystery. Is the Belasco house really haunted, or are the assorted phenomena just responses to the internal tensions of the people within?

There’s a satisfying ending as well, revelatory rather than thrilling, but very good. It would have to be an extremely picky reader of the original novel to reject Edginton and Fraser’s sympathetic adaptation, although their lack of credit on the cover is disappointing.

Hell House is also included in Richard Matheson: Master of Terror, combining four adaptations of his stories published by IDW. 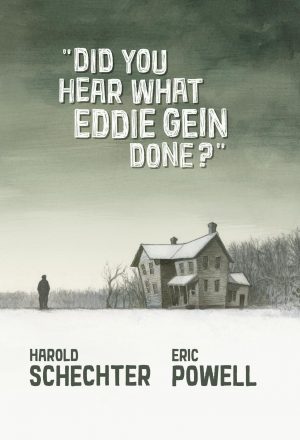