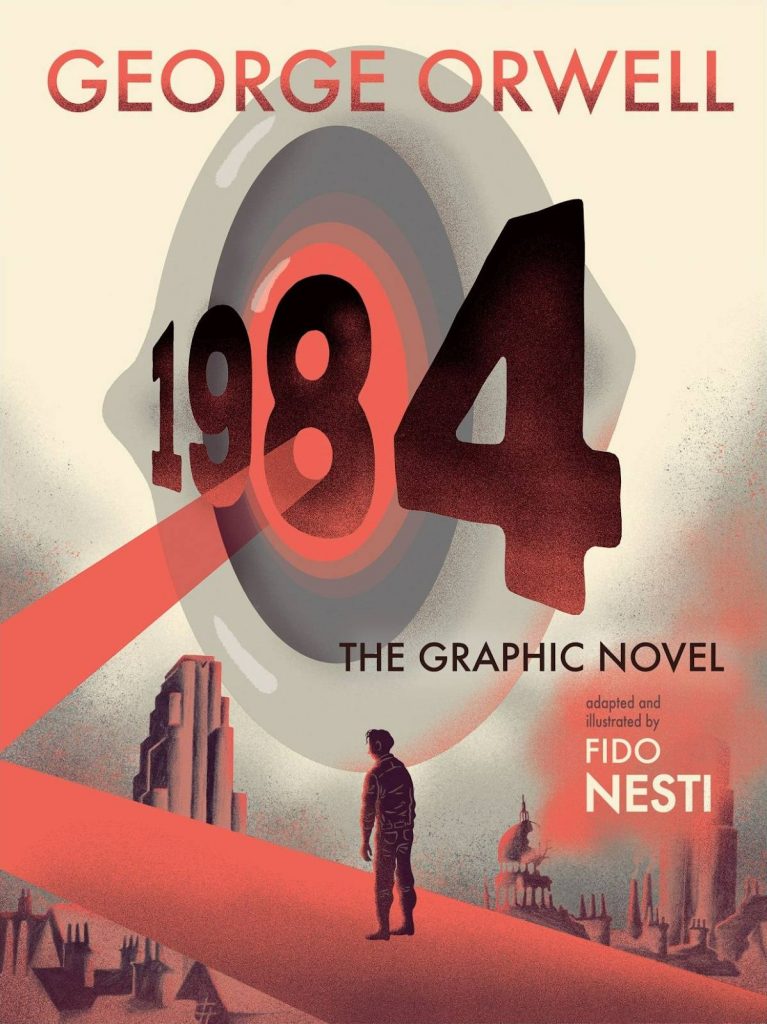 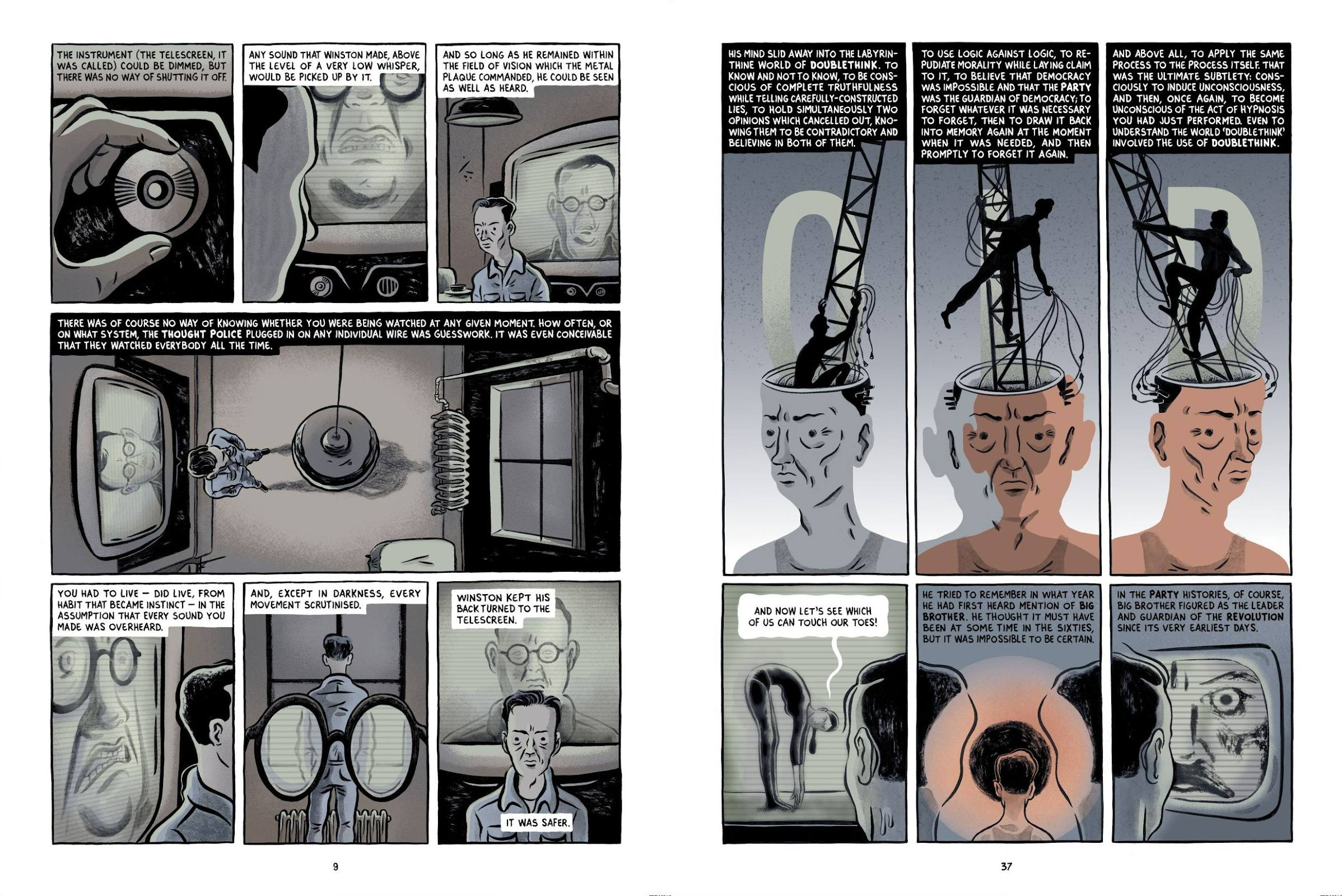 It’s now decades beyond the year allocated to George Orwell’s chilling prophecy of the future, but in case its relevance is considered in the past also, it’s worth bearing in mind that Orwell supposedly wanted to the title to be 1948, the intended year of publication. 1984 has become a byword, shorthand for intrusive state surveillance, intervention and control, and while there’s no shortage of people in the English speaking world willing to invoke it as precedence, also worth noting is that this adaptation is the work of a Brazilian creator. During Fido Nesti’s lifetime his country, and neighbouring ones, have been controlled by military dictatorships.

Dense and attentive, it’s difficult to imagine anyone capable of producing a better graphic novel adaptation of 1984. Nesti faithfully transfers the power and emotional states, and he does far more than just retain the essence of a long novel, including the thought processes and the nuts and bolts of an oppressive system. His visual additions are subtle and imaginative, and he transfers much of the text in which Orwell describes the lies and manipulation used to suppress people.

1984 picks up in a London still scarred by the ravages of war, and focuses on Winston Smith, a minor cog in the great government machine, employed to constantly revise documentation so it conforms to the officially approved version of history at any given time. Everyone can be observed through the large TV screen in their home, and criticism of the government is harshly punished. Does anything sound familiar? Citizens are constantly reminded that Big Brother is watching them. Winston begins with a small act of rebellion and is gradually swept further and further into events beyond his control. He’s not by nature a courageous man, and his plummet retains all the original terror.

From the opening pages the panels institute the claustrophobia of the city and paranoia of the citizens, all of whom have the haunted expressions prompted by the possibility of “facecrime”, while restricting the colours used seals the effect. Nesti conceives interesting visual metaphors to explain complex passages, such as the deliberately contradictory government language seen on the sample art, yet retains the casual horrors by not emphasising them. Winston being asked if he viewed the hangings the previous days isn’t accompanied by an illustration of them, just kept to passing mention.

Some original text is included, an important book quoted via a fifteen page excerpt revealing the party’s lies. It’s an unusual step for a graphic novel adaptation, but narratively valid in presenting the only unfiltered thoughts other than Winston’s.

The original novel is a bleak warning, and Nesti’s adaptation follows every dark turn. 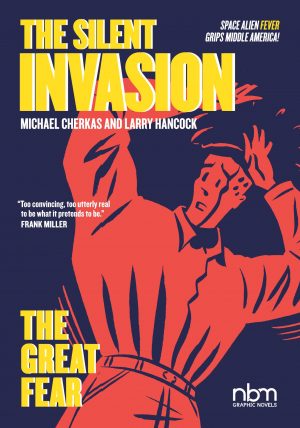 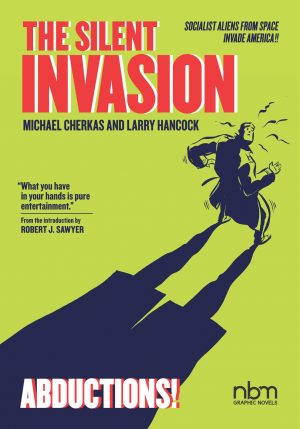 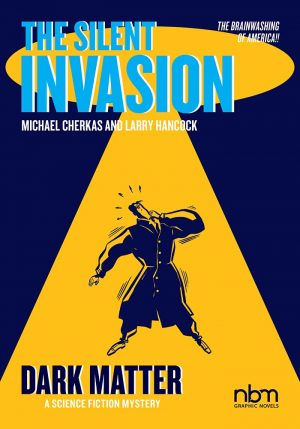