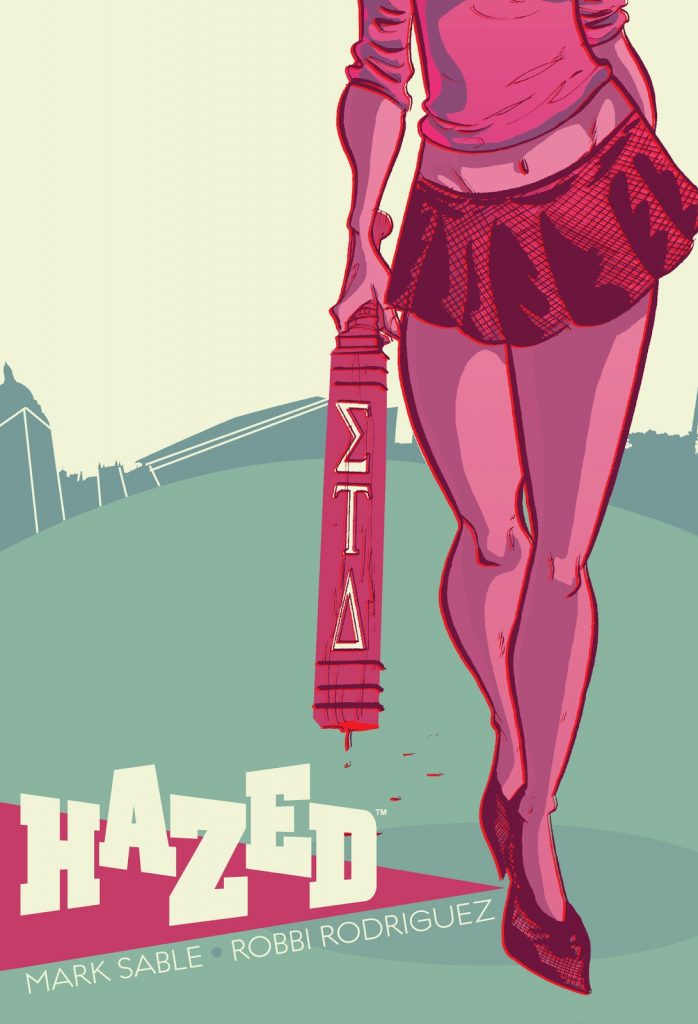 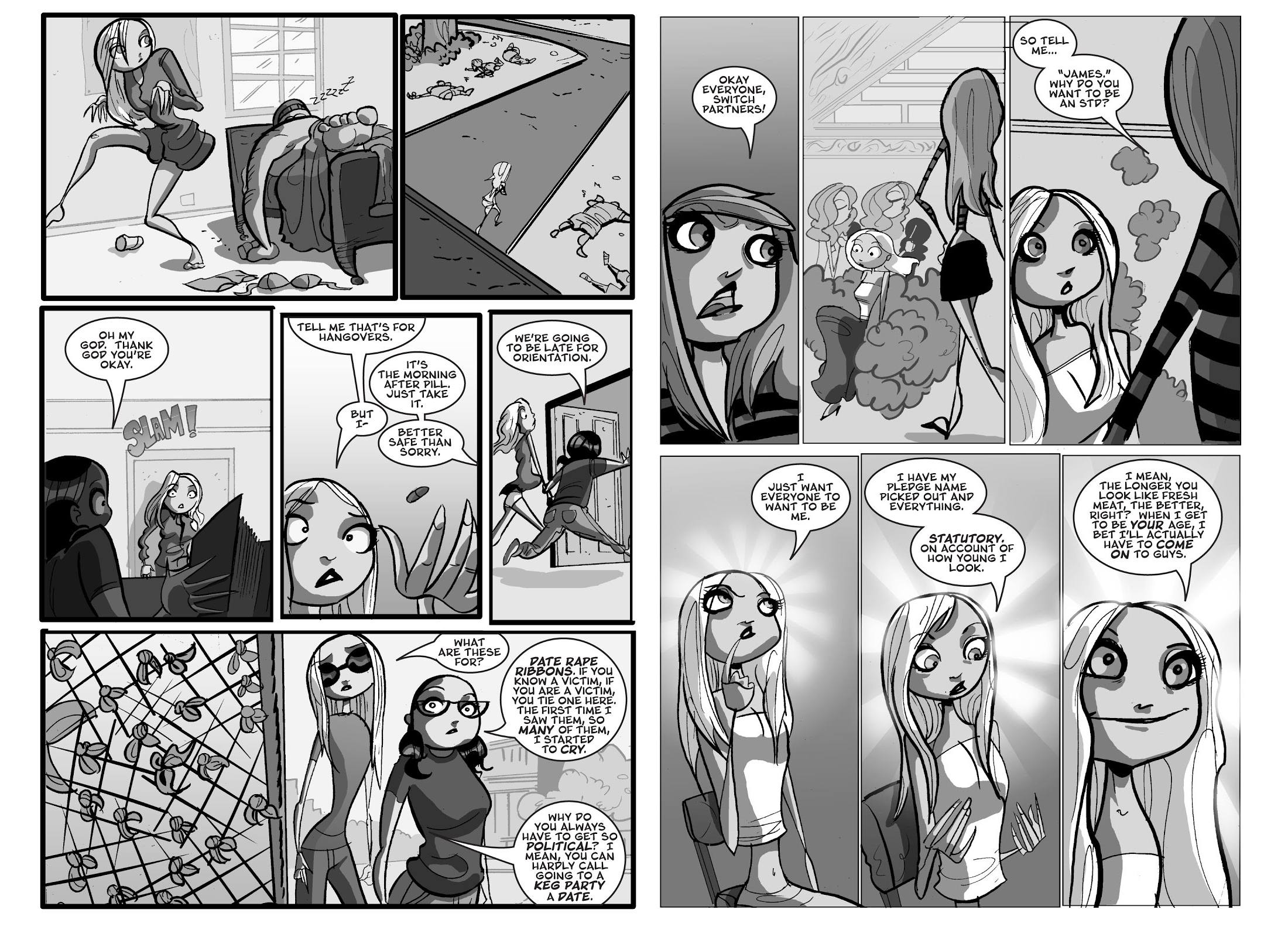 Ileana’s smart, but not quite smart enough to attend any of the top ranked colleges, which is how she ends up deep down South at a place where she’s the square peg in the party town.

It’s positioned as a satire, but there’s an extremely unpleasant sniggering tone to Hazed. Mark Sable seemingly figures that if his lead character is a Women’s Studies major with principles that’s enough to excuse the barrage of standard jock jokes. If Ileana’s sneering at them, that’s okay. Date rape ribbons are dismissed, there’s a fraternity named STD complete with its own cheerleader jingle, and there are jokes about kids committing suicide if unable to join a fraternity. Ho. Ho. Ho. Oh yeah, that ‘joke’ figures as well.

In creating a shallow world where objectification is the ultimate validation, Robbi Rodriguez turns out page after page of fine cartooning. He gives the women and their environment some weight, is good at providing expressions and there’s a fluid look to the movement. It’s just a shame it’s servicing such a cynical exercise in exploitation.

Having Ileana join the elite sorority to pull it down from the inside enables even more of the same, with further offensive comments about attempted suicide. The ‘jokes’ on the sample page are representative of Hazed throughout. The cast are entirely one-dimensional, just there to give voice to Sable’s caveman attitudes to women, yet everything’s okay because over the final ten pages the villain of the piece gets hers. It’s shoddy beyond belief.