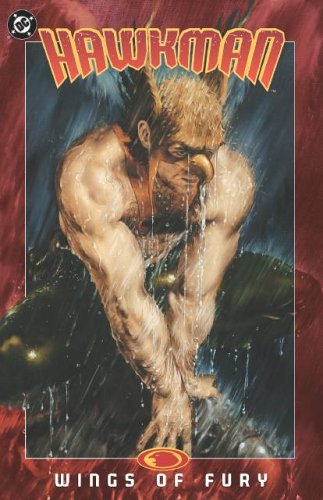 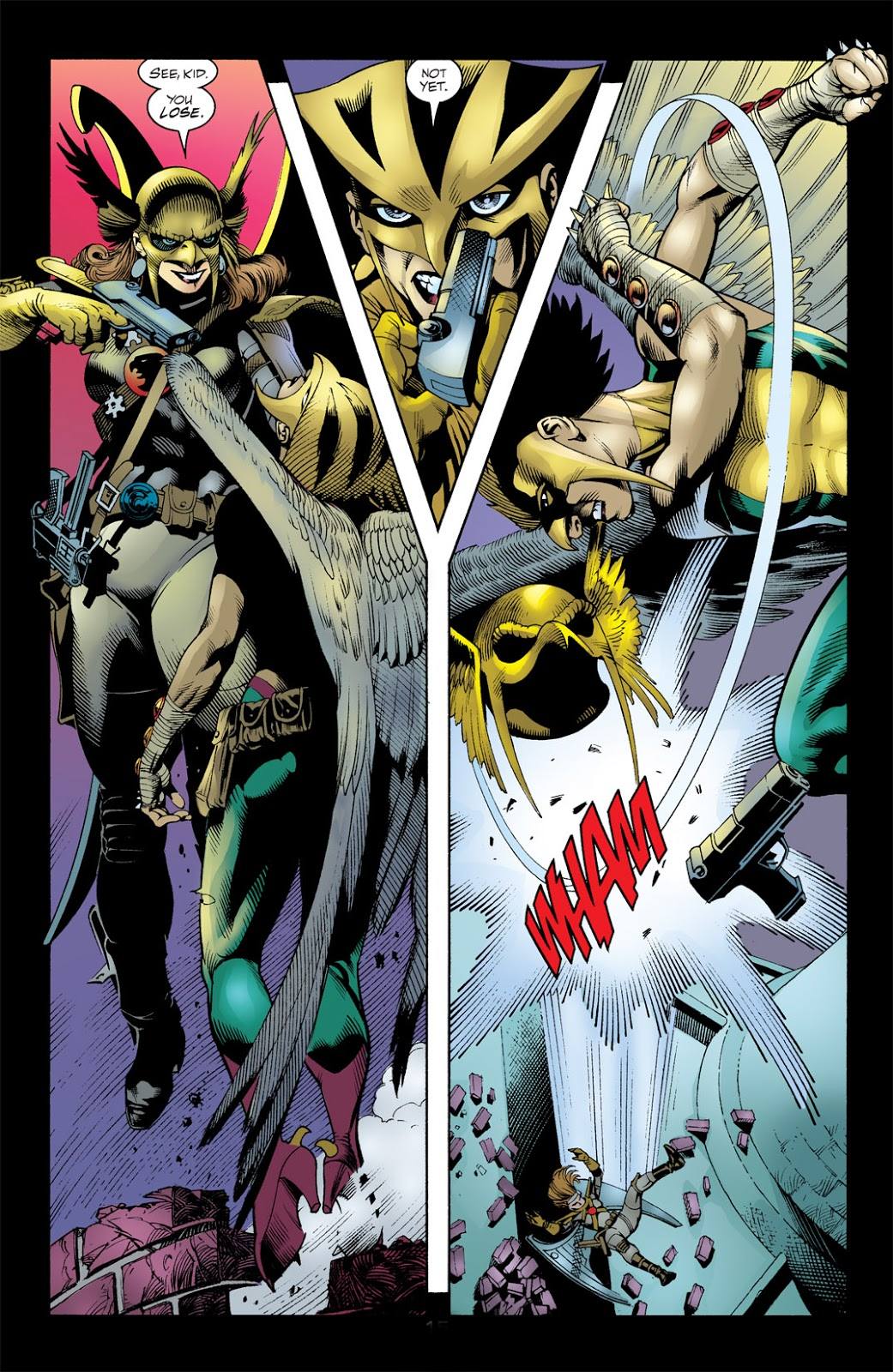 Hawkman’s history has been long and complicated, yet Geoff Johns had previously managed the nearly impossible by reconciling the assorted Hawkmen and Hawkgirls of the past as essentially one long, perpetually resurrected dynasty. Wings of Fury throws a spanner into that by reintroducing the Hawkwoman of the late 1980s and early 1990s, a Thanagarian police officer stranded on Earth.

Before we get to that, however, it should be noted that anyone expecting a resolution to the plot of Kendra Saunders’ dead parents won’t find it here. For some reason DC didn’t bother presenting the concluding chapters in Allies & Enemies, and forgot about them here. It’s what makes the first volume of Geoff Johns Hawkman the better purchase. What’s presented in Wings of Fury can be found in volume two. Alternatively the Geoff Johns Hawkman Omnibus supplies the entire run between two covers.

Hawkwoman’s appearance begins what’s by some distance the best of Johns’ run on Hawkman. Maybe anyone unfamiliar with Hawkman’s history will find the constant references to it tiresome, but for everyone else it’s a succession of jaw-dropping moments over the opening two chapters, readers never certain what the truth is, or who’s telling it. It wouldn’t be nearly as effective without the stunning action art provided by Rags Morales. Time and again you’ll have to stop reading just to admire the way he’s posed the cast and how good they look. By the concluding chapter Animal Man is also involved, along with another old enemy of the Hawks.

The only disappointment about the single chapter ‘Blood Lines’ is that it barely features Hawkman in costume at all, but refined art from José Luis García-López compensates for an awful lot. It’s a reflective story of Carter Hall wandering around the Northern German city of Lübeck investigating a past life and considering the pain of death. Another single chapter follows, this drawn by Scot Eaton and digging up someone else’s past. It’s a prelude to where Hawkman heads after Wings of Fury. Both have interesting moments, but neither grips as the two longer stories do.

‘Headhunter’ is the second of those, introducing a new villain who ties into the study of long-lived indigenous people and has a macabre need to absorb the memories of the long-lived. As Hawkman has lived multiple lives, it makes him a prime target. Johns includes a side dish of heavy emotional problems, with Hawkgirl rightly angry, and Morales conceives a suitably creepy design for Headhunter. This starts well, and succeeds in providing a credible realisation for Hawkman, but the ending isn’t commensurate with the threat, eventually too easily dealt with.

As with the remainder of Johns’ Hawkman, this is again an inconsistent collection, but the quality bar has been raised, and this is the best of the three individual trades. Johns finishes his Hawkman run with an extended story crossing over with the JSA, and collected under their title as Black Reign, and the series is picked up by a new creative team with Rise of the Golden Eagle.