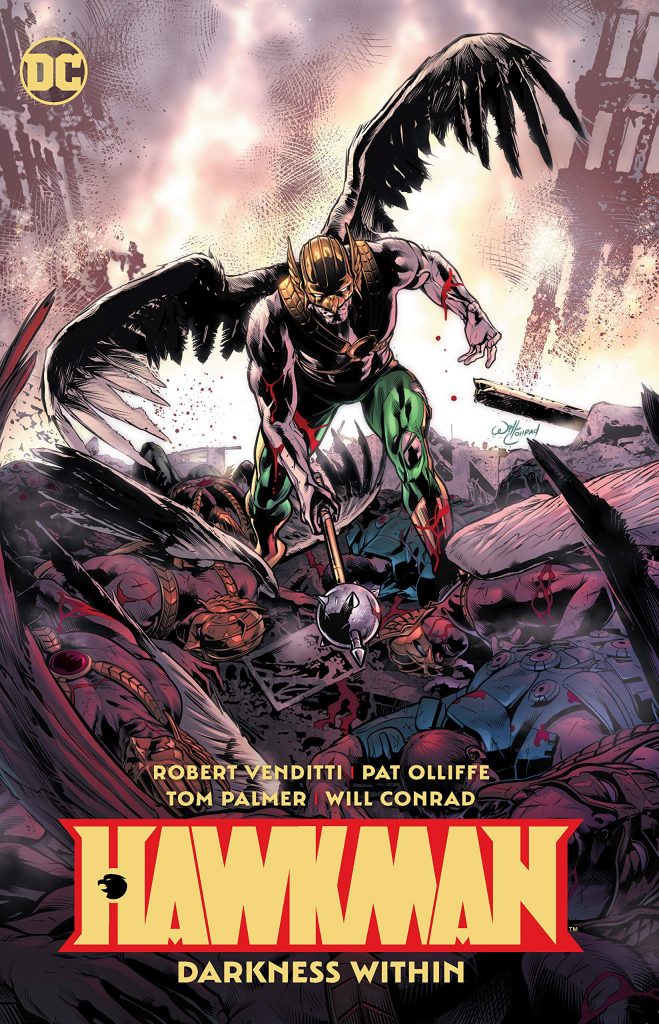 Carter Hall/Hawkman has recently acquired the full knowledge of his thousands of previous lives over the centuries, as revealed in Deathbringer, and Darkness Within begins with Robert Venditti having him experience some of those lives. This is via a clever war story occurring over centuries, showing him embedded within both opposing forces at different times. It’s nicely drawn by Will Conrad, although at first it seems as if he’s placing too great a reliance on similar panels. They’re necessary, though, to make the eventual point.

The title story returns old Hawkman villain Shadow Thief, but in a way that can be understood by any reader whether or not they’re familiar with him, and in this new form a name that was understood one way now has a new meaning. He operates from shadows and can disappear into them and a power-up makes him even more formidable. His motivation remains settling scores with Hawkman, which is credible, and there’s a greater self-belief given his new abilities. Venditti ties it in with someone else who controls a darkness from the shadow realm as a means of displaying this is a more powerful Shadow Thief, and for the finale Venditti also messes with other Hawkman foes from an earlier generation. They were never an inspired bunch, but some role reversal makes them more interesting even if their appearance is brief.

Artist Pat Olliffe suffers from the comparison with Bryan Hitch over the two previous volumes, even when inked by Tom Palmer. His is acceptable superhero art, if a little looser than his known style, but it doesn’t approach the spectacle Hitch provided because Olliffe just doesn’t pick up on the visual possibilities Venditti provides. Too often there’s only ordinary. However, the same applies to Venditti, although his hands are tied to an extent by editorial decree that a certain number of chapters tie-in with DC’s Year of the Villain crossover. Vendetti chooses to make them all part of the same story, with the result that Shadow Thief’s activities drag on too long.

Darkness Within comes full circle as Venditti introduces another of Hawkman’s previous incarnations in the final chapter, this one hardly conforming to the personality seeking redemption. A collection that’s dipped slightly ends with a cliffhanger leading to the final series volume Hawks Eternal. 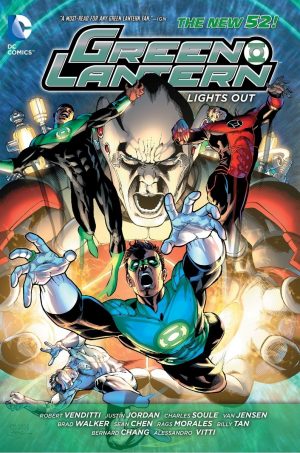