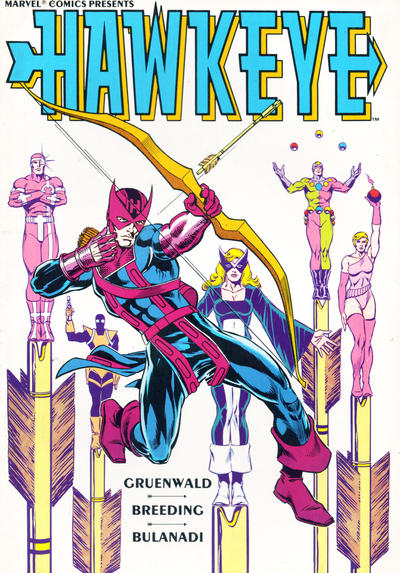 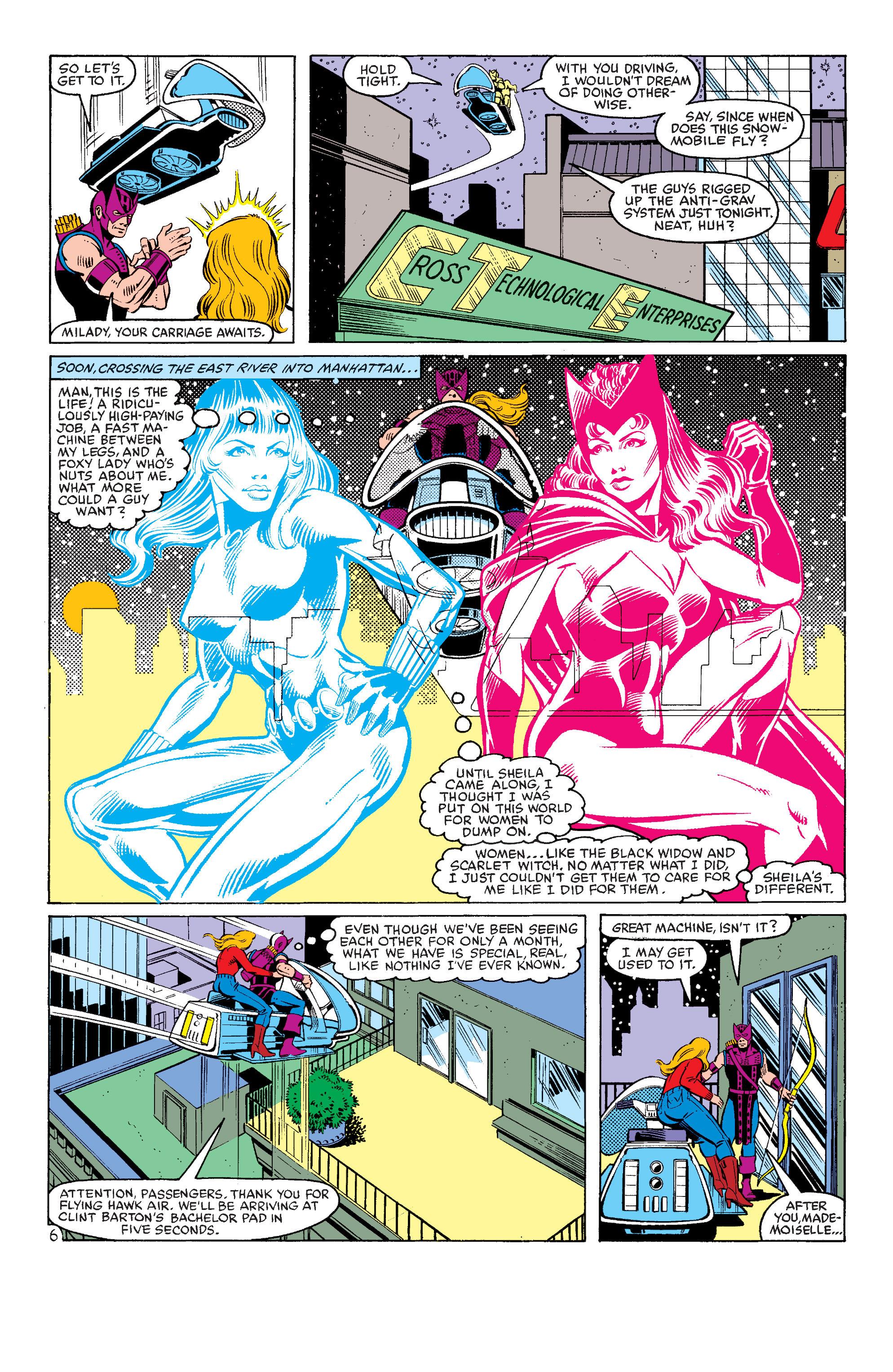 Hawkeye had been knocking around the Marvel universe for almost twenty years before being handed his first shot as a solo artiste, and it’s a sprightly offering from Mark Gruenwald, although no longer as innovative as it was when first serialised in 1982.

When it begins, Hawkeye’s had a difference of opinion with the Avengers, so has applied his prodigious archery skills to the position of security guard with Cross Technology, equipping himself with the technological marvel of a flying rocket sled/horse. To cap what’s looking like a great year, he’s also dating the company’s attractive head of public relations. His proposed romantic night is interrupted by Mockingbird breaking into the facilities claiming Cross are manufacturing a mind control device, and from that point Hawkeye’s life falls apart.

Hawkeye’s charm always rested in his personality rather than his skills. He’s quick to mouth off, and sometimes quicker to foul-up, but knows right from wrong even if his methods might bend the law a little, and he’s been pretty luckless in love. He’s the template for loads of likeable movie goons from the 1980s onward, and Gruenwald exploits this well, introducing circumstances that result in a complete loss of confidence. Mockingbird plays a far larger role than might first be presumed, although the rapidity of a blossoming relationship is unconvincing. The villains and traps Gruenwald creates are very silly, but fun, and credit is due for the introduction of an affliction then unknown to the superhero community.

It’s surprising to see Gruenwald’s name on the art credits also. His layouts are imaginative, but beyond that the art is basic, and there’s some suspicion that inker Brett Breeding might have carried out more work than he’s credited for, as when Danny Bulanadi inks there’s a dip in quality. Awkward figures, poses that twist or stretch the body too far and lapses in perspective all catch the eye.

This edition is long out of print, but Marvel have made maximum use of the four chapters. They’ve found their way into a later hardcover collection also titled Hawkeye, and into the Hachette partwork version of that. Both feature additional material. Mockingbird’s considerable presence means it’s also part of Mockingbird: Bobbi Morse, Agent of S.H.I.E.L.D.