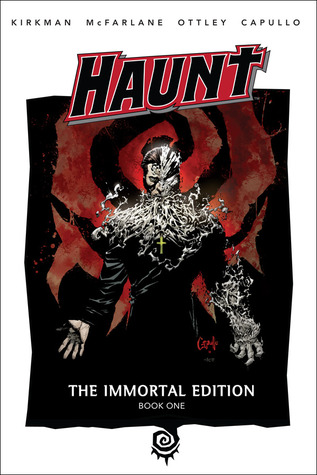 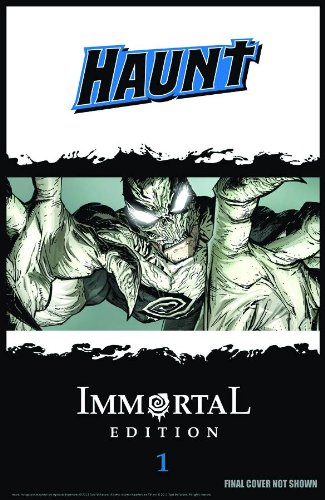 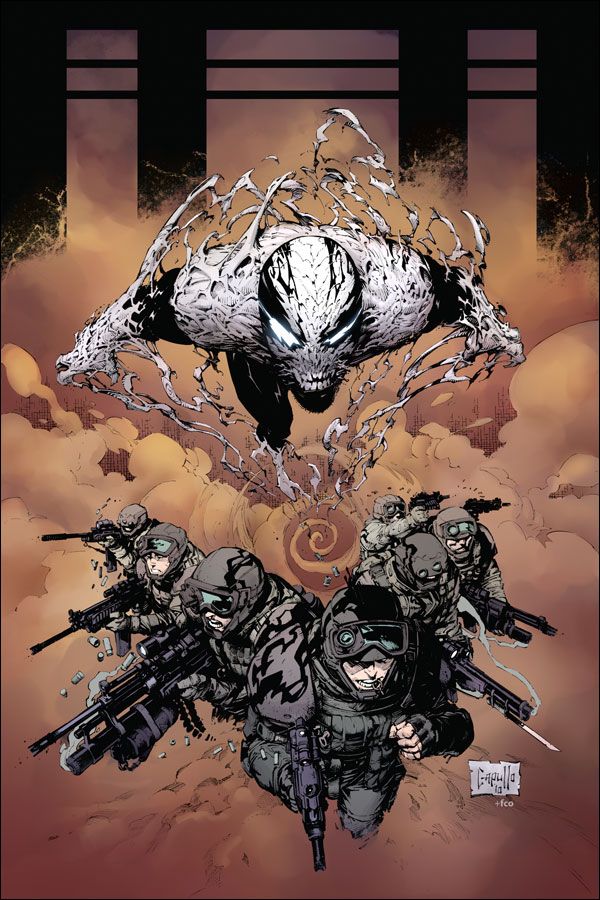 Todd McFarlane and Robert Kirkman pooled their talents to create a new protagonist, an ultra-violent fusion of a dead secret agent somehow attached to his anger-fueled brother, who begins the series as a priest. Visually the new character very much resembles the anarchic whiplash that was Venom in action from McFarlane’s days drawing Spider-Man twenty years previously. Based on their other work, although they’re listed as co-creators, it would seem McFarlane’s input was greater.

Kurt Kilgore is an assassin for an agency whose brief and loyalties are never established. He’s sent on a retrieval mission, but has an attack of conscience that later results in his own death. Instead of passing on, though, he’s tethered to his brother, with whom he had a dysfunctional relationship, able to communicate with Dan, but no-one else. When threatened Dan and Kurt’s ghost merge to become a fearsome clawed creature nearly impervious to harm, who comes to be named Haunt.

Dan and Kurt’s relationship is defined, but almost everyone else is only granted barely enough character to service the plot for the pages on which they appear. The primary villain is ridiculously named Hurg, and is a caricature spouting pompous nonsense “Your health is not something to be ignored. True, you’re an assassin, but I doubt you plan to do that forever. Do you want your body failing you in your golden years?” We then have some dietary recommendations. Four chapters later Hurg is extolling the virtues of eating steak dinners whenever possible. Were this consistent with the tone of the remainder this could be considered insight into his hypocrisy, but it’s just poor.

Greg Capullo provides layouts for Ryan Ottley for the first half of the book, and it’s an uneasy mix, stifling Ottley’s naturally exuberant art while being far from the full Capullo. When he assumes full pencils the look of Haunt improves with a rapid injection of dynamism, although the head of the agency still looks as if she’s just graduated from college.

Kirkman rises to the occasion for Capullo’s first full chapter, supplying the best plotting in the entire book by completely reconfiguring what we believed occurred before Haunt’s creation, but thereafter he dips back down again.

It’s been very many years since any work by Kirkman could justifiably be described as poor, but he skates very close here. He’s going through the motions, supplying those who’ve enjoyed McFarlane’s material in the past with something that’s very familiar, yet marginally different. There’s a real lack of originality, again, an accusation that can rarely be levelled at Kirkman.

This edition collects the first two of three Haunt books Kirkman wrote before leaving the series, and the prestige presentation offers assorted extras for those who do like the character and his world. These mostly consist of production sketches, and the assorted variant covers of the original comics. A second volume in this format gathering the remainder of the series was promised, but yet to appear.