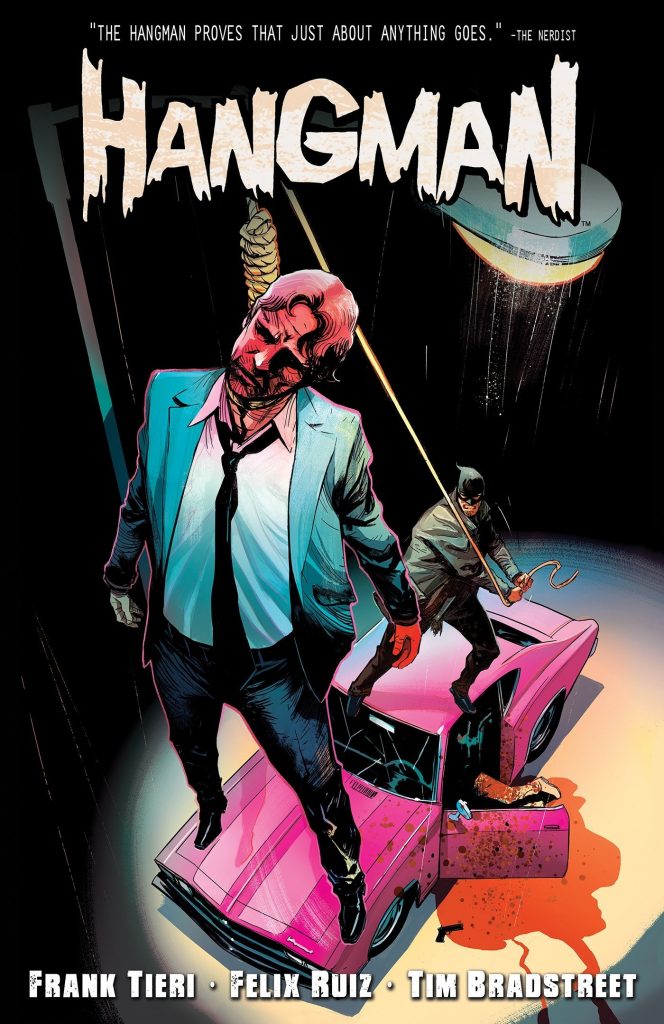 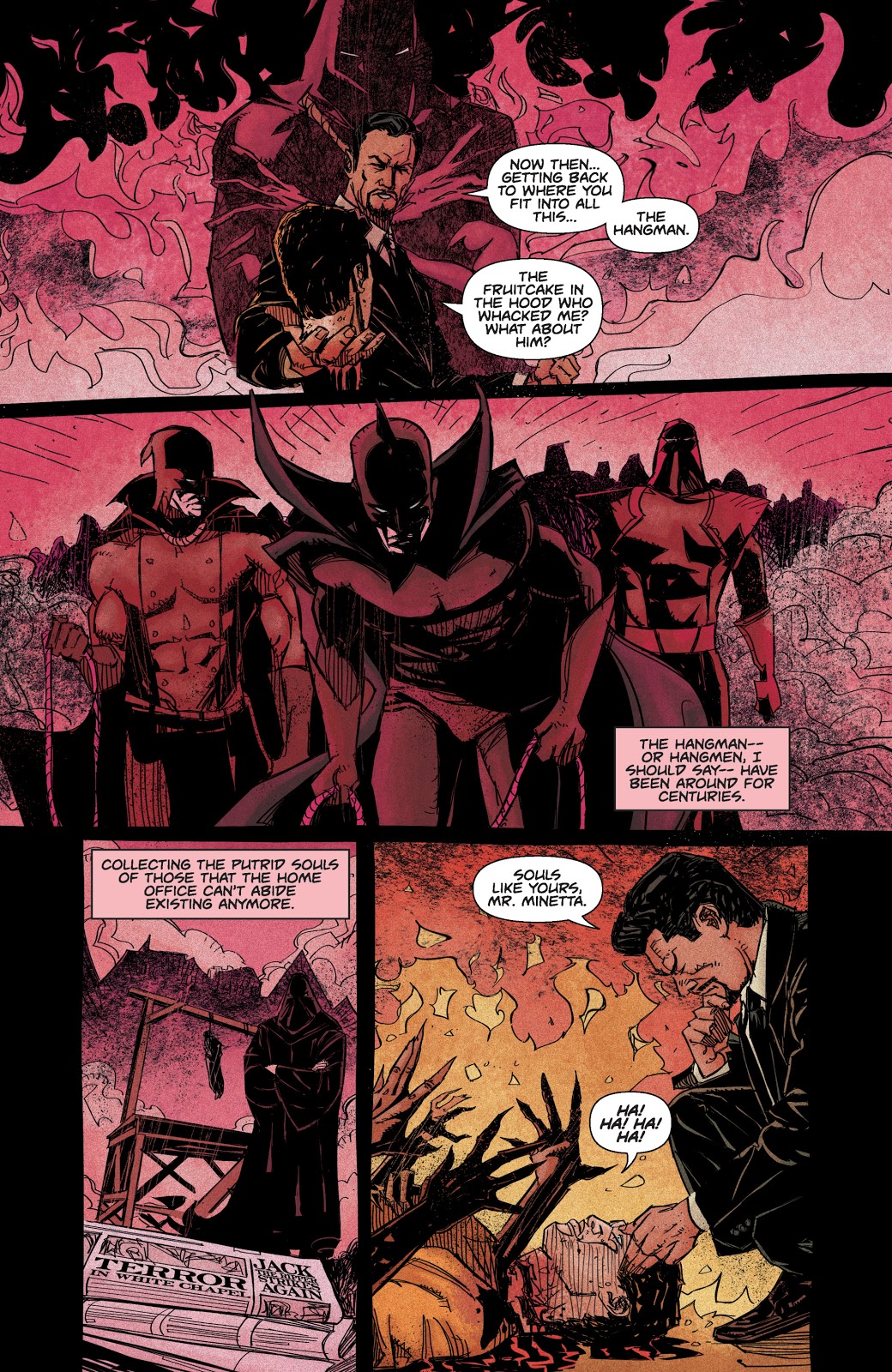 The Hangman dates back to the earliest days of superheroes in the 1940s, and has been sporadically revived since. The distasteful cover notwithstanding, his name isn’t, as might be assumed, due to an especially grisly method of permanently dealing with criminals, but due to his distinctive hood and the image of the gallows he flashed onto a wall behind the criminals he targeted. It’s apparent from that cover and the opening pages that Frank Tieri and Felix Ruiz aren’t going to be associated with such feeble soft-soaping, as they show us hitman Michael Minetta and what he gets up to. Be warned, it’s not pleasant.

There’s an annoying aspect to the opening chapter, as the Hangman only deals with Minetta after he commits his latest crime, having trailed him around and watched him in action. It would be annoying in isolation, but in the light of later revelations it’s even clumsier. However, it’s the only mistake made in what’s a very nasty story, primarily concerning itself with the tradition of the Hangman, their purpose and their eventual salvation.

It can hardly be said that the Hangman has a widely enthusiastic following that has to be kept happy, but in adding considerably to the background and motivations, Tieri’s respectful toward the Hangman’s previous incarnations. Robert Dickering from stories past is the Hangman we’re first introduced to, and all the additions Tieri makes are logical considering what’s been revealed in earlier series. It’s a wild concoction, but definitely aimed at the adult end of the market, paced like a HBO crime drama with plenty of swearing, and Ruiz not shying away from the violence. The result is a vengeful character not too far removed from the Spectre in some ways, yet with restrictions placed on how the Hangman operates.

Even when distanced from Archie Comics via the use of the Dark Circle imprint, it’s still astonishing to see this level of mature content in a graphic novel even vaguely related to America’s most wholesome teenager. Whether the audience failed to materialise for this reboot, or whether Archie found the brew too strong, these four chapters are all there is, when from the set-up it certainly seems Tieri and Ruiz had further plans. The ending just about works, but is like running into a brick wall. Even without any continuation there’s enough to this to make reading worthwhile if you like mobsters and superheroes with a satantic twist.