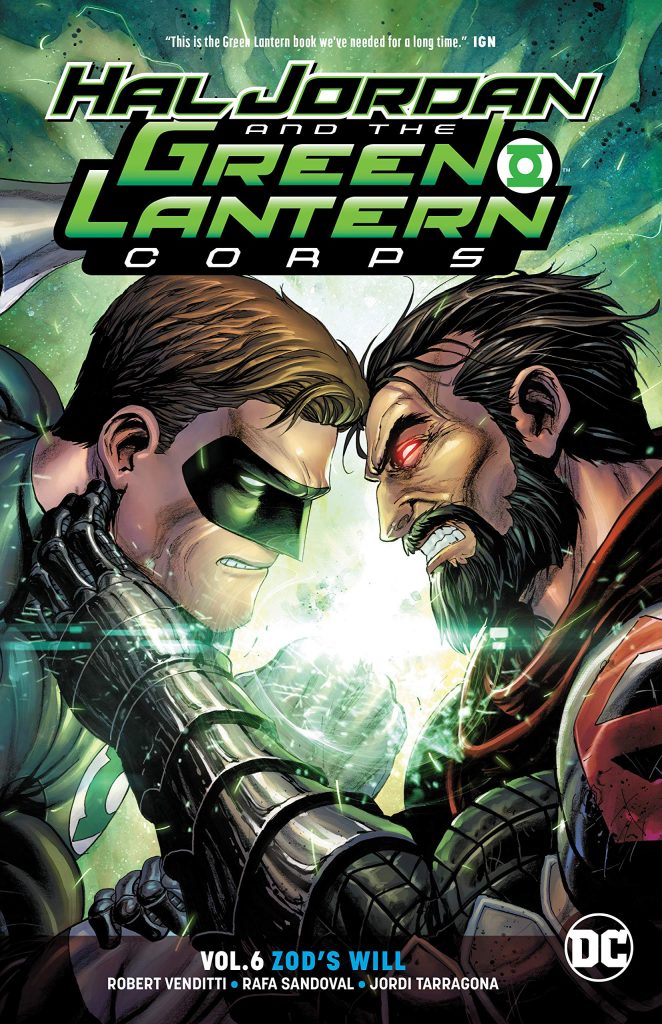 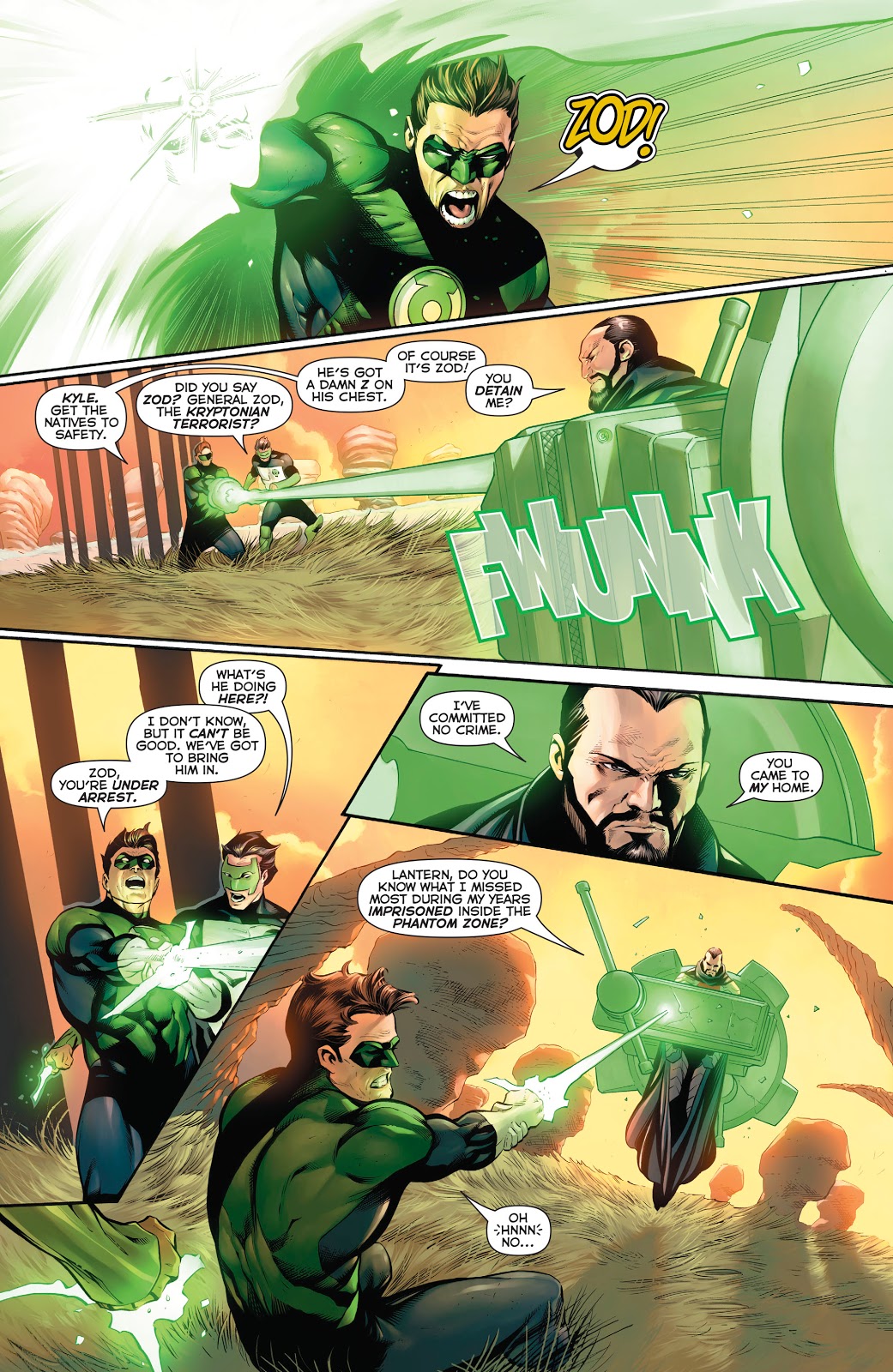 Kryptonian despot General Zod has played a large part in DC’s post-2015 continuity, and as the volume title tells us, he’s now pitted against Hal and the Green Lantern Corps. How will infinite willpower fare against the indestructible?

Before that, however, there’s the matter of the returned Guardians of the Universe and their desire to administrate the Green Lanterns once again. Whether a plot forced on Robert Venditti from elsewhere, or just from a desire to wrap up the previous Twilight of the Guardians, he seems to have little interest in the idea, keen to move onto Hal and Kyle Rayner meeting Zod and his family. Venditti has a novel, but not very credible motivation for Zod, which is that Green Lanterns are supposed to protect the universe, yet Krypton exploded while one of them was occupied elsewhere. The transference of blame is a common human psychological condition, and may well be common to Kryptonians, but is it enough to hang a story round?

Just as the story doesn’t really push the right buttons, neither is the art of the first rank. It’s nice to see Ethan Van Sciver’s work on Green Lantern again, if for a single chapter, but it’s too cluttered to match previous glories, while Rafa Sandoval has persistent problems with foreshortening, sometimes making his characters seem folded. They also hang in space filled by colourist Tomeu Maury. Brandon Peterson on the final chapter finally provides action not distracted by poorly composed people.

The eventual reasoning behind Zod’s actions is smart, and it does tie in with the re-emergence of the Guardians, so Venditti succeeds in pulling the wool over our eyes, but that triumph over the final pages is preceded by too much that’s too ordinary. This series concludes with Darkstars Rising.