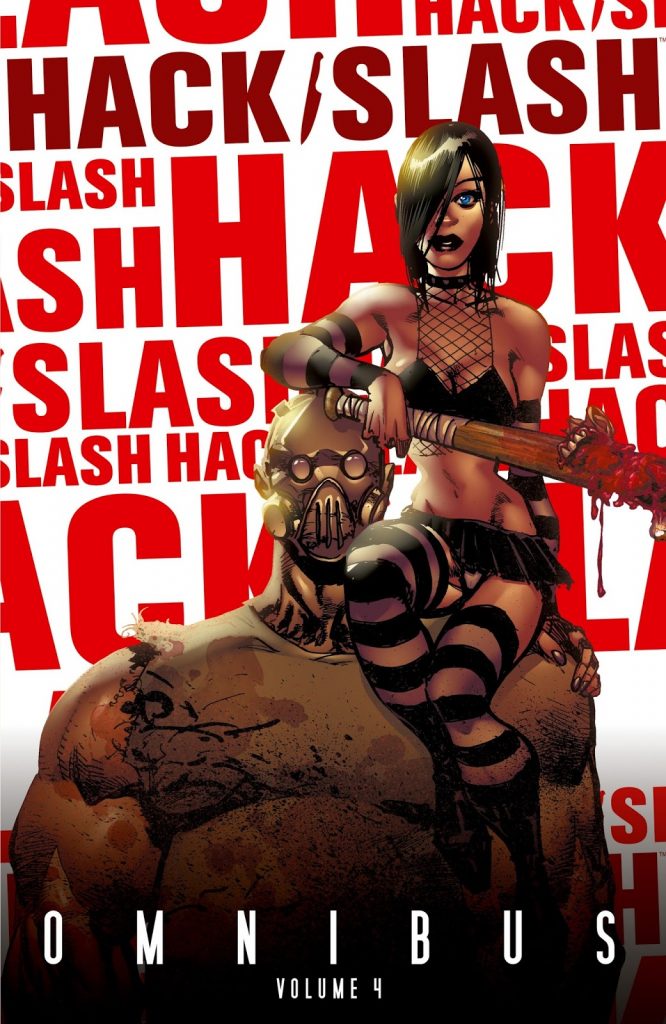 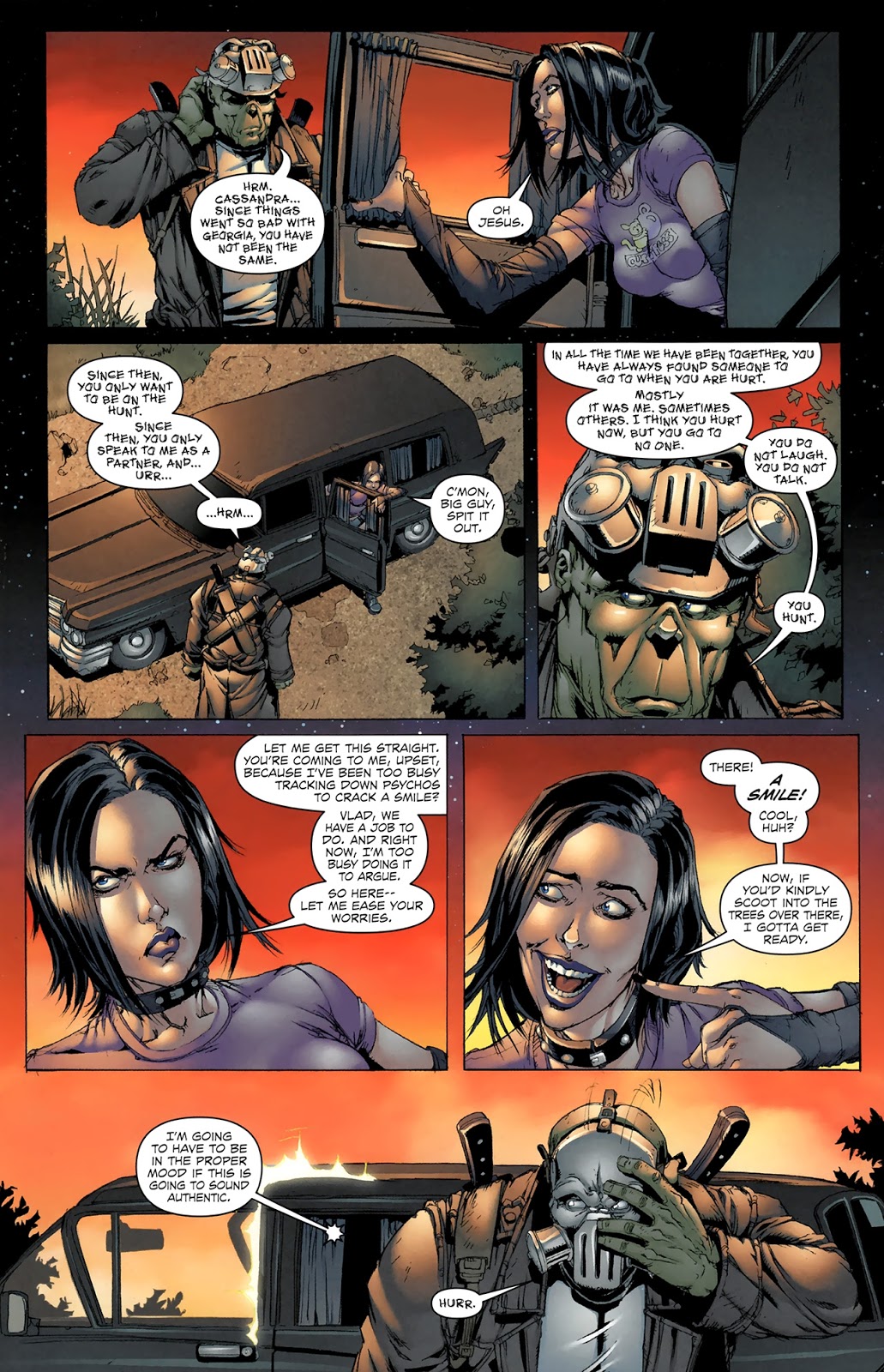 This Omnibus compiles the paperback collections Torture Prone, Dead Celebrities and the first story from Marry F*ck Kill, along with the one-shot Hack/Slash Meets Zombies vs. Cheerleaders, not a title that trips off the tongue. As that’s not available in any other Hack/Slash collection let’s deal with it first.

Zombies vs Cheerleaders is a title that raises a smile and it’s easy to see how it would fill a one-shot funny comic. The surprise is how much more it prompted. It’s more obvious comedy than Cassie and Vlad’s world, so they’re toned down to fit that cartoon alternative by Steven L. Frank and Benjamin Glendenning. It suits them better than might be thought, and Cassie having to re-enroll in high school provides a few laughs.

The remainder of the Omnibus is a quality roller coaster. The switch to Image Comics as publisher enabled Daniel Leister to become far more explicit with his art, and the exploitation now leaps out of control. This isn’t always the alluring sight it’s intended as because Leister distorts his female bodies, and the deeper into the Omnibus we head, the sloppier his art becomes. Of the other credited artists Ariel Zucker-Brull is the best, offering a scratchy delicacy on a simple story set in the Louisiana swamps.

It’s not just Leister’s art that sometimes disappoints. Tim Seeley takes a majorly wrong turn by introducing a threatened rape as story device, wrong even if he doesn’t follow through, and the introduction of Cat Curio to the supporting cast has very little purpose over several stories here. She’ll develop into someone with more effect on the plot in Omnibus 5, where her oddball teaming with Poochie creates an interesting dynamic. Poochie’s former masters the Nef Lords influence a fair amount of the trouble Cassie and Vlad find themselves in, having vowed revenge and sending a new agent to Earth to gather extensive power through adoration. A better story, though, is a return match with the irredeemable Bomb Queen, and she reintroduces Samhain to the supporting cast, which will have later consequences.

Much of this content transmits as Seeley having little idea where to take Cassie and Vlad, and it’s the weakest Hack/Slash Omnibus to date.