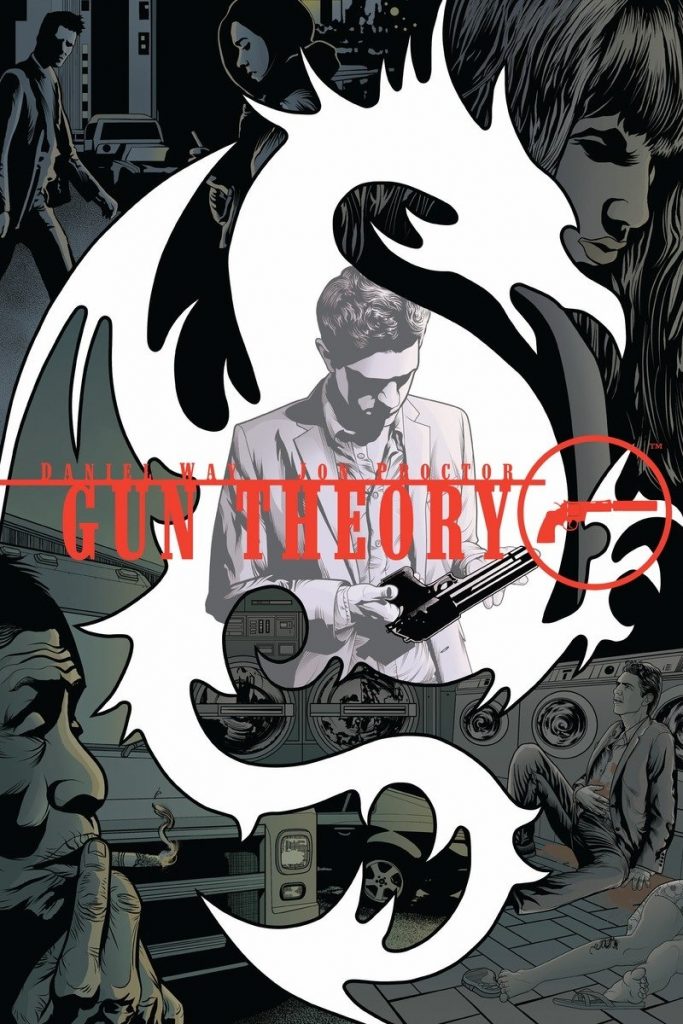 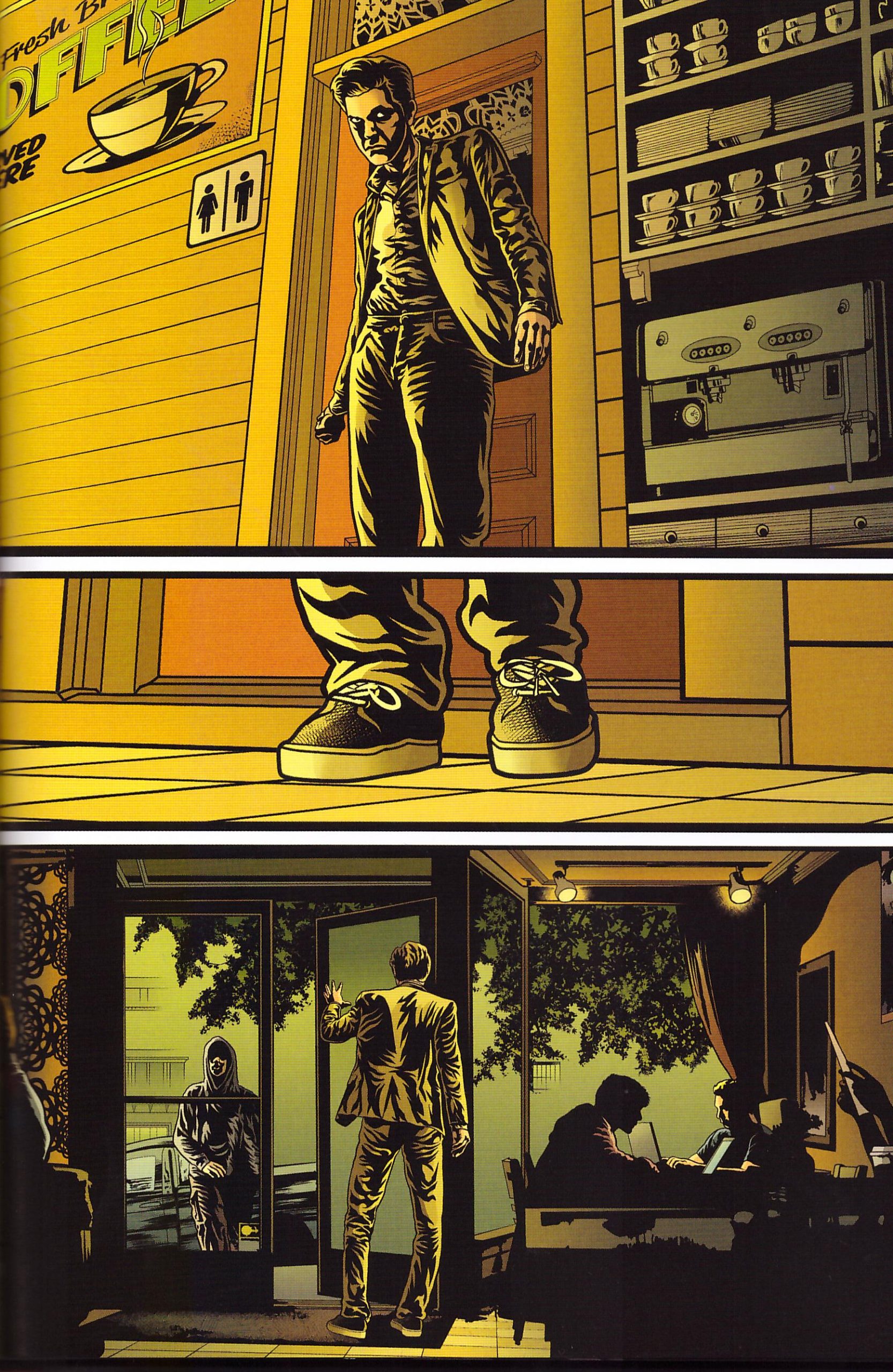 Gun Theory takes the classic noir template to drag us into Harvey’s world, the route over the opening pages showing the trail of corpses he’s left, before settling on Harvey himself, now slumped on a wall holding his intestines in place with a lot blood staining his shirt. How did he arrive in that situation? Funny you should ask…

Harvey’s an assassin whose reputation depends on no-one witnessing him at work ever surviving. He takes his jobs through a contractor, and is merciless when it comes to innocents who stumble on him. Daniel Way establishes early that he’s not a man for whom we should have a whole lot of sympathy. Having killed two innocents on a job, his primary concern is how large a bite replacing his lost car will take out of his fee.

Jon Proctor’s art is detailed, with the viewpoints well considered, but his people are extremely posed and have very little depth or weight to them. He uses shading, but not where it would do the most good, in defining people, and movement is also a problem. All too often it looks as if Harvey’s floating on a surface, whereas some other panels have a great finesse to them.

This isn’t Harvey’s first appearance, as Way and Proctor introduced him in 2003, but Proctor has completely redrawn the story for this publication. Ultimately, Gun Theory is a simple story, but not convincingly told. Harvey’s methods lack credibility, which could be papered over if he were in any way sympathetic, and that his apparent downfall is the one occasion he departs from them follows a noir tradition, but not with enough originality. 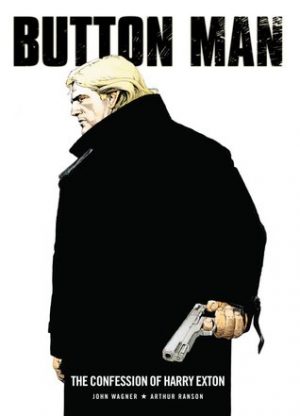