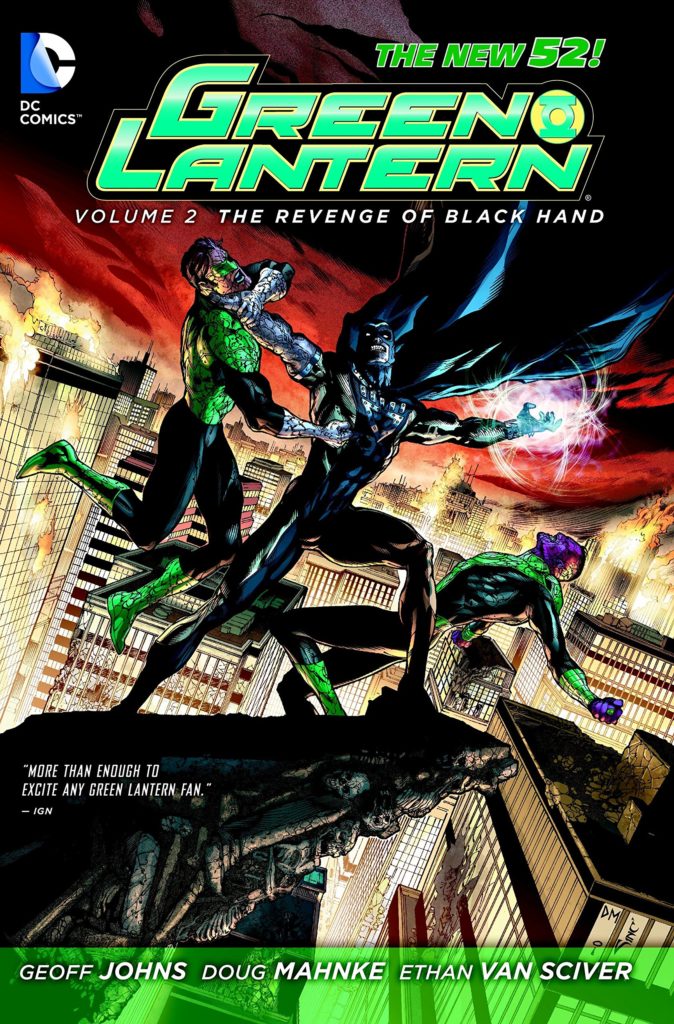 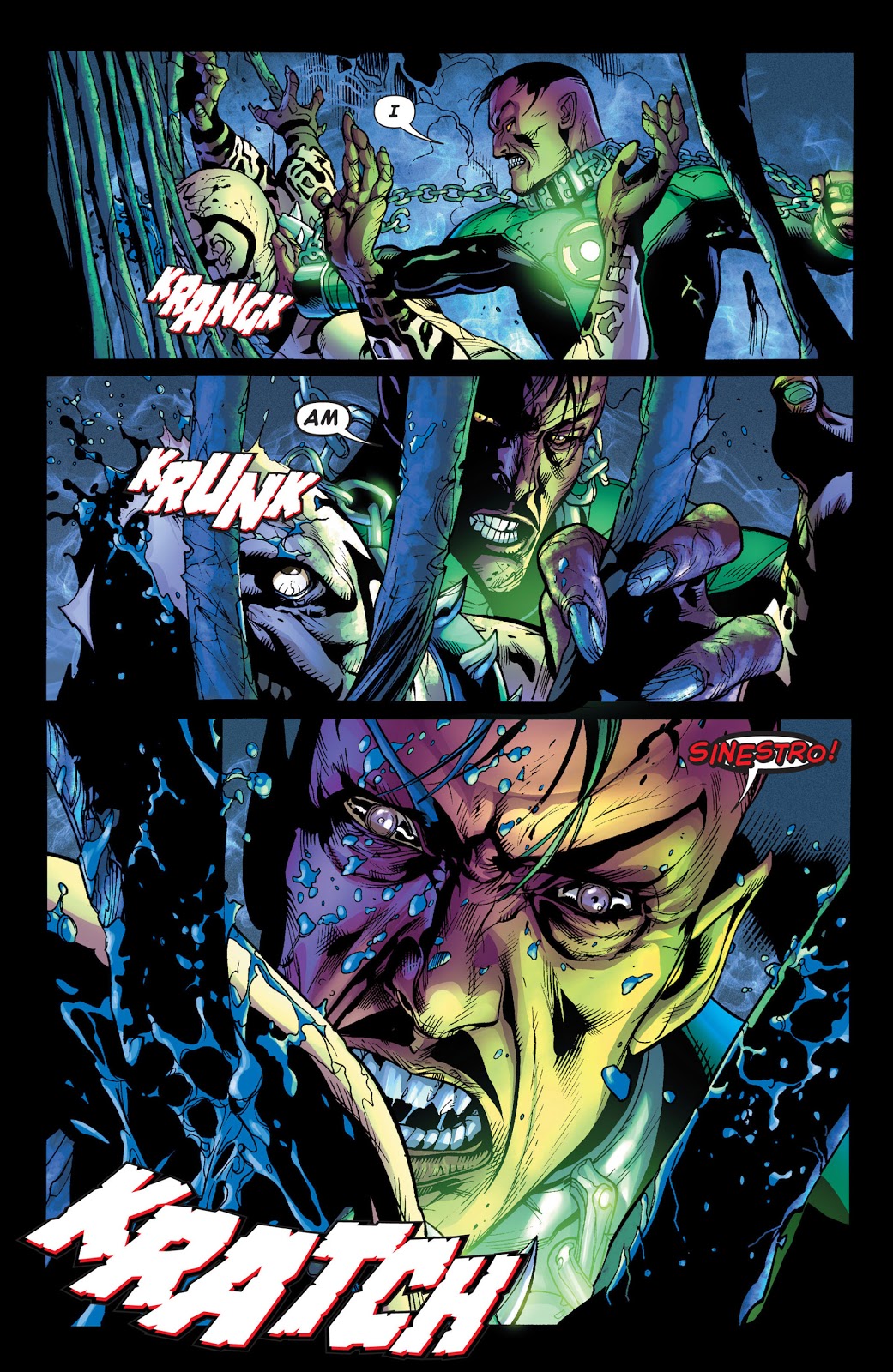 A significant element of the Blackest Night crossover was a book of prophecies, with the few that have been revealed in subsequent stories coming true. Via access to it, in Sinestro, the former villain learned the Guardians of the Universe intend to replace the Green Lantern Corps with a force they can directly control. He’s not happy. That, however isn’t the main story. Geoff Johns created the Indigo Tribe as part of Blackest Night, and because so much occurred there and since, he didn’t explain them beyond a basic level. Revenge of Black Hand explains them, and it adds more to the past of Abin Sur, a character Johns has developed brilliantly. This has been over years, Johns taking someone who was previously only a bit player, a means to the end of ensuring Hal Jordan became Green Lantern, and created an immense and universe influencing back story for a long dead character. It’s been very impressive.

So has Doug Mahnke’s art. A nice touch for the circumstances Hal finds himself in is that a series of ring-constructed vehicles is required, and Mahnke’s Humvee, motorcycle and plane are exhilaratingly powerful. Beyond that we’re treated to strong action pages in the manner to which we’ve been accustomed. Renato Guedes and Jim Calafiore share the pencilling for a chapter, their work fine without matching Mahnke, and it’s a real treat to see Ethan Van Sciver’s action pages on the final chapter.

Key to this portion of his myth creation is Johns stressing Sinestro and Jordan’s different approach to being a Green Lantern. In Sinestro’s case it’s whatever gets someone to do something quickly, usually force, while Jordan may be rash as a civilian, but is more considered and considerate as Green Lantern. The balance between the pair has shifted by the end of the book, although they’re still reluctant allies.

The first story is another twisting and fast paced superhero thriller, the only downside being the contrivance Johns uses to set up the desperate circumstances of the fourth chapter. A person has cultivated something for decades, knowing it has a greater purpose, so when a crimp in the plans is revealed, would that really be their reaction? Johns needs the consequences to produce some major twists, including the return of Black Hand, but it could have been handled more smoothly. Black Hand’s reappearance isn’t as satisfying. He’s nowhere near as powerful as he was during Blackest Night, yet still a very capable threat, but he, Sinestro and Hal are eventually shunted into the background as other plots emerge, concerning the plans of the Guardians for their new pliable universe protectors. These chapters prioritise moving people into places they need to be for later material, and the events constructed around that aren’t as interesting despite a couple of surprises. They lead into the next two big Green Lantern crossovers, Rise of the Third Army, and The Wrath of the First Lantern, collectively Johns bringing a nine year stint on Hal Jordan and his world to an end. 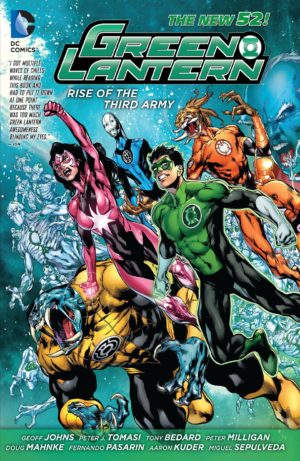 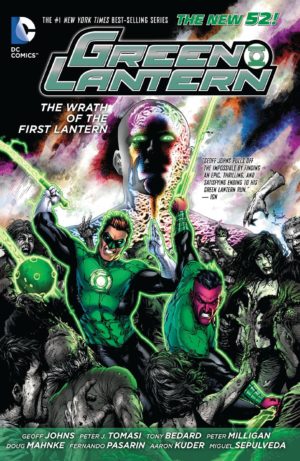