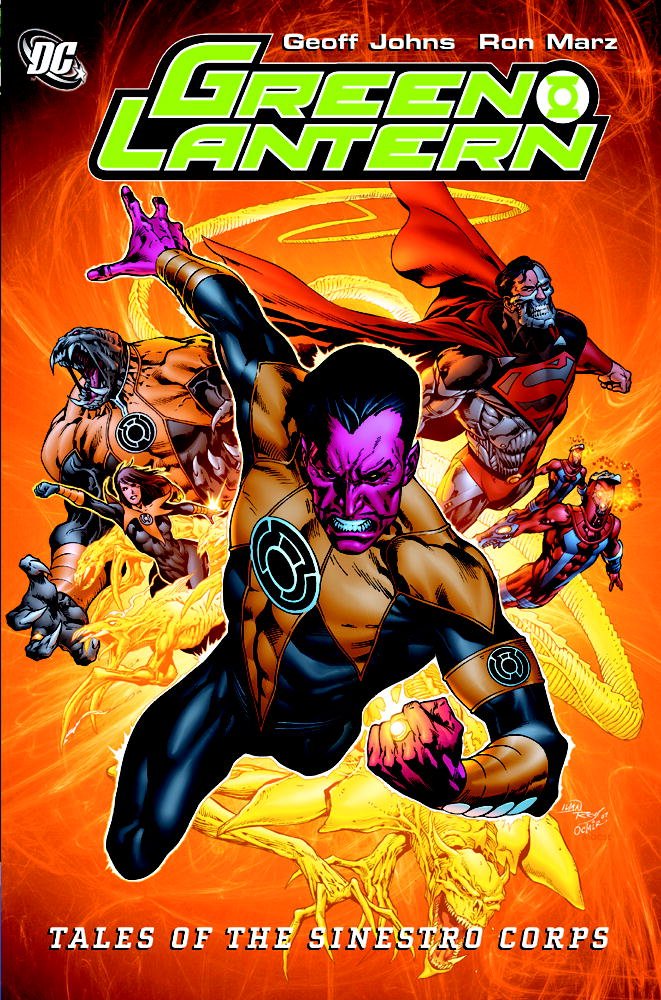 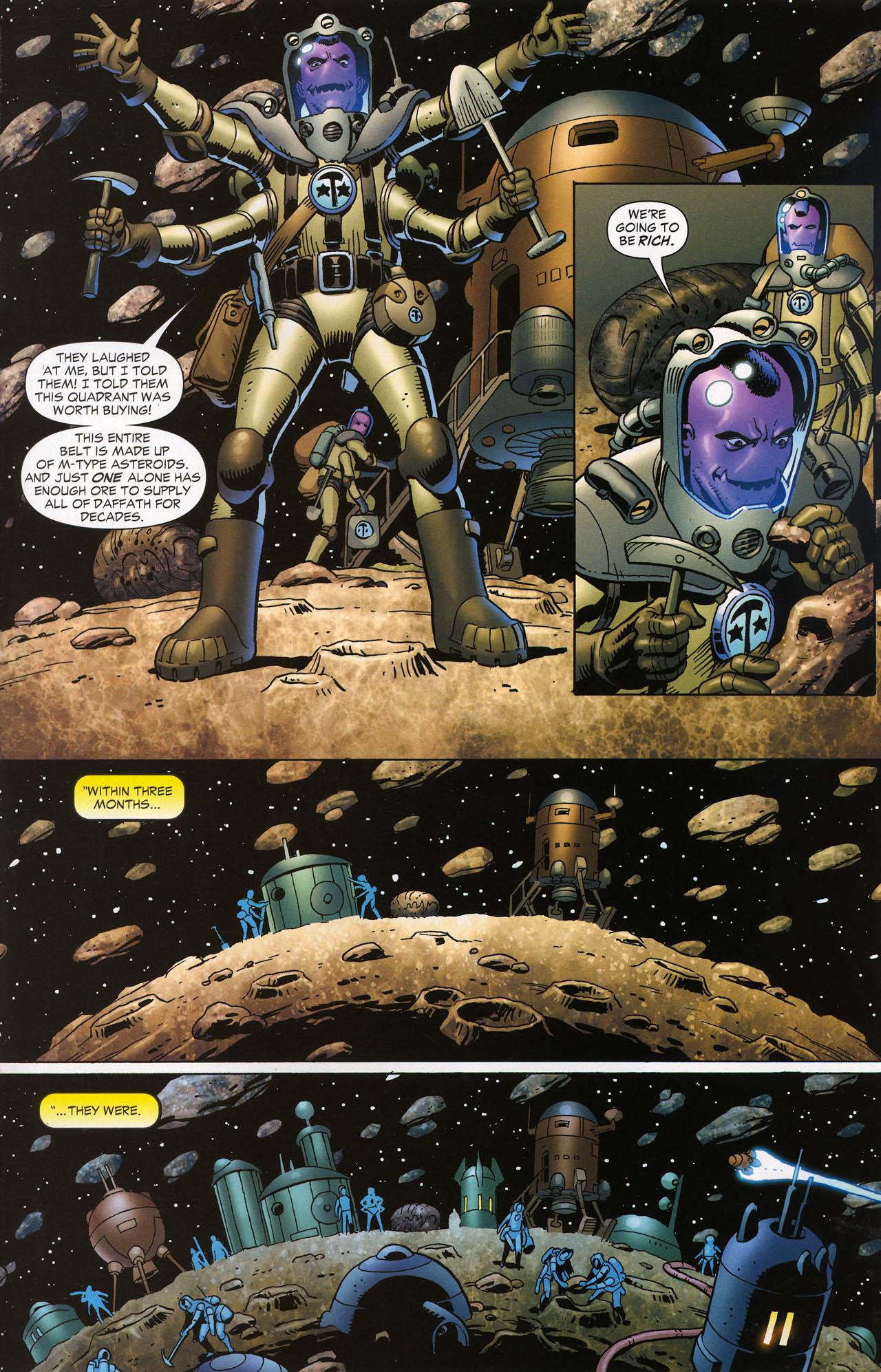 This tie-in product in some places provides a more engaging read than its parent. A deliberate narrative choice of concentrating entirely on conflict rendered The Sinestro Corps War somewhat the dull blade. Without contrast, the blood and thunder held diminished meaning, but some of this background material has greater spirit.

For starters there’s the all too rare sight these days of Dave Gibbons art. Sure, he was writing the Green Lantern Corps series, but here he draws short stories by Geoff Johns introducing prominent members of the Sinestro Corps. Their experiences are incorporated into a book of atrocities, and imparted to an eager Amon Sur, son of the man who bequeathed Hal Jordan his power ring. The final one is a relatively standard run through of Hal Jordan and Sinestro’s relationship featuring some nice additions from Johns, but the others resemble nothing so much as more horrific versions of the shorts that one populated DC’s mystery comics. They’re great, and Gibbons is on top form.

Other members of the Sinestro Corps play a larger part in the scheme of things, and each is allocated a longer showcase, their stories embedded in the conflict once begun. Former Green Lantern writer Ron Marz, the man who introduced Parallax, or the concept at least, presents a conversation in the head of Kyle Rayner, then later the finale also spotlighting Rayner. Both artists have their strengths. Adriana Melo has a traditional superhero style, but impresses with various different contributions to the plot, while Michel Lacombe is more restrained and subtle.

The other longer spotlights feature variations of Superman. The Cyborg Hank Henshaw was once touted as his replacement, and the Superman of Earth Prime is an evil duplicate. The latter’s tale is the work of Johns. We learn about this Superman’s youth on an alternate Earth as the heroes of another desperately attempt to capture him with their own Superman absent. Pete Woods proves surprisingly good at widescreen superhero action, but then he’s a good artist. So’s Jerry Ordway, who supplies the sequences of the younger Superman.

It’s Alan Burnett who takes on the Cyborg Superman, building on a surprise revelation in the parent series and presents a rather different tone, exploiting similarities to run what’s almost a parody of the Fantastic Four’s origin. Given the revelation about Henshaw, other elements seem parodic as well and this is the least successful piece here despite decent superhero art from Patrick Blaine.

The longest section is given over to all the background information you’d ever want to know about individual Green Lanterns and members of the Sinestro Corps. Over two hundred brief bios are accompanied with information about infrastructure and planets. For the real fan it’s surely an invaluable reference, although those not as concerned about background characters won’t see it that way.