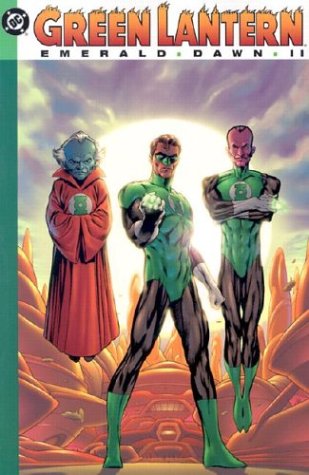 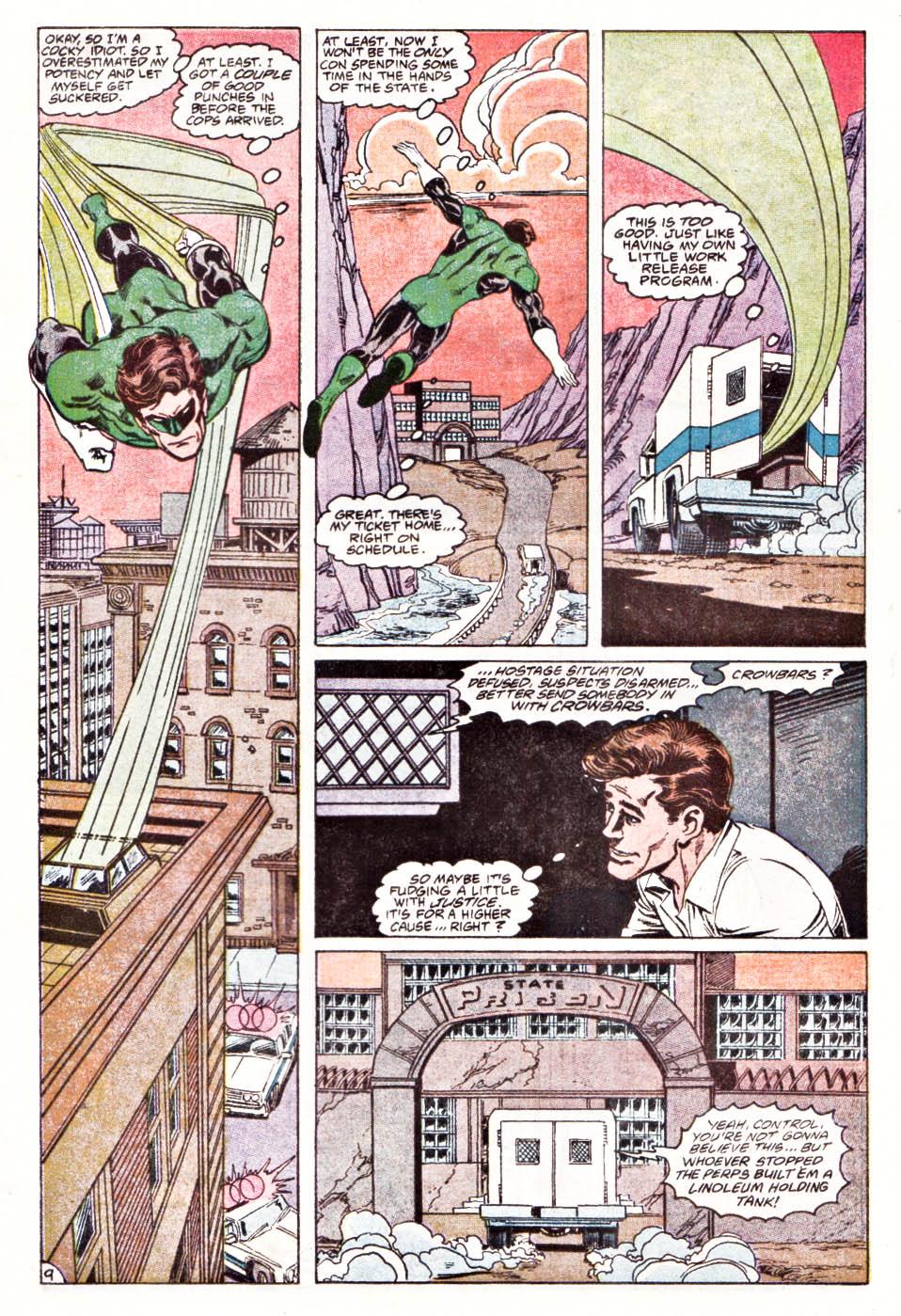 Keith Giffen didn’t take the most obvious choice when it came to following up the very successful Emerald Dawn. He starts by heading back a step and having Hal Jordan jailed for ninety days for the drunken driving offences seen in that first book, then introduces some people well known to regular Green Lantern readers, then also in very early days of their career. The one with the largest role is Sinestro, familiar in Green Lantern continuity as his greatest enemy, but here just another Green Lantern in a different space sector, albeit with an arrogant and grandiose attitude to his position. Sinestro is allocated to train Jordan, but has his own ideas on how this should occur, and Giffen juxtaposes this neatly with the complication of it occurring simultaneously with the jail sentence.

As previously, dialogue is provided by Gerard Jones, and M.D. Bright is the pencil artist. He proves to be rather the chameleon, at times channelling the style of Gil Kane for some of the outer space sequences, and renders the entire story in a convincing fashion. This is whether it’s superheroic action or the character sequences set in the jail.

Jones does more than fill the word balloons, his dialogue adding character. A sequence in which Sinestro enforces some intergalactic diplomacy sparkles in particular, but Jones isn’t as adept concerning Sinestro’s obsession with order, lapsing into caricature midway through Emerald Dawn II. The underlying plot delivers a logical basis for Jordan and Sinestro’s subsequent enmity, but it’s over-baked. Thankfully the next chapter restores some tension and the two closing episodes introduce some interesting ethical questions that raise this story slightly above its predecessor. There are still moments indicating Emerald Dawn II of its time, but it predates the excesses of the 1990s, and Giffen has always ensured his plots ensnare readers.