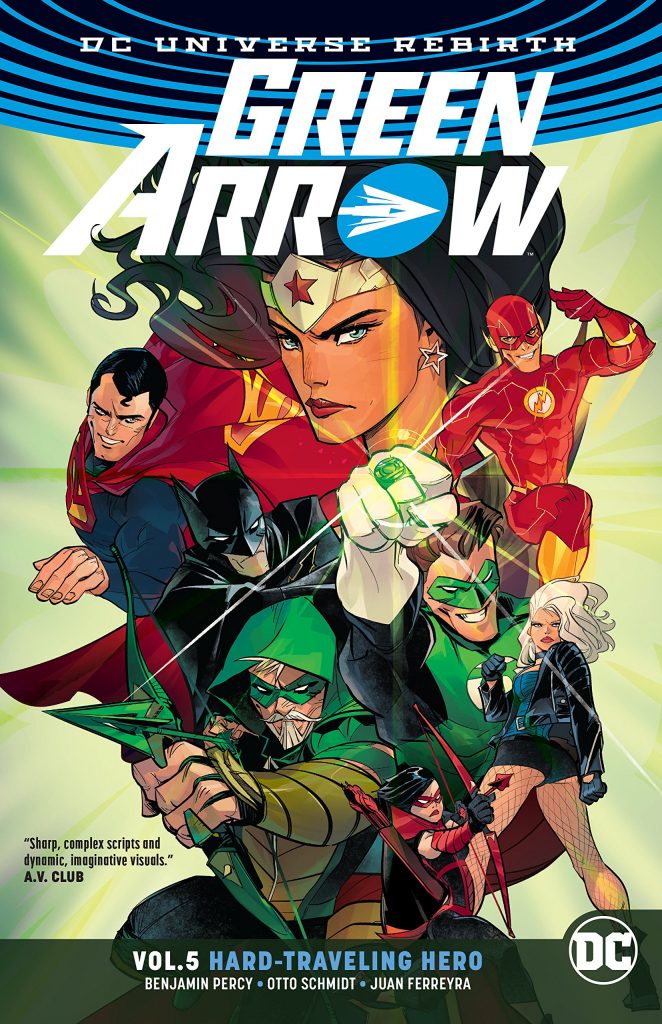 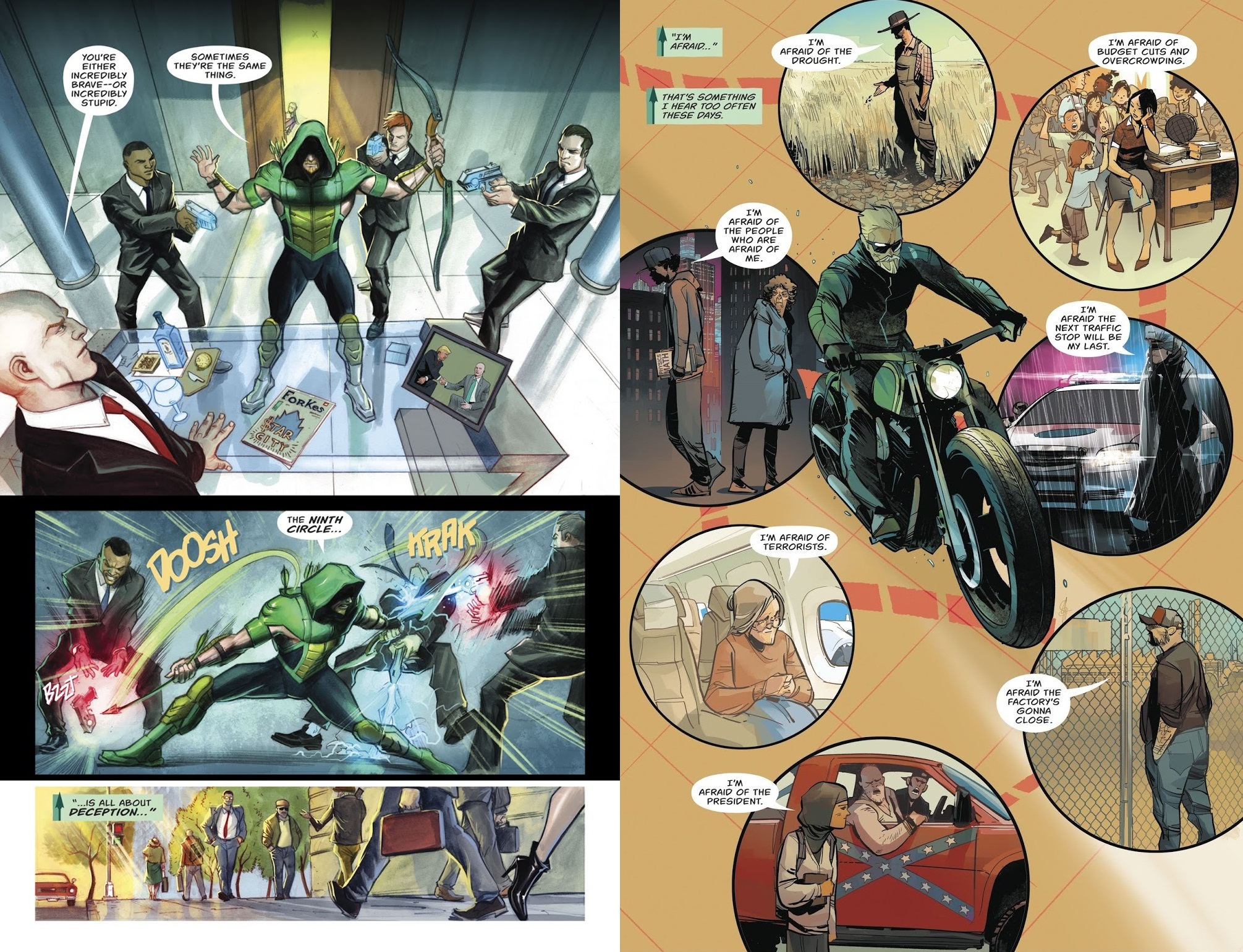 The stories cementing Green Arrow and Oliver Queen as someone with possibilities occurred when he was seemingly mismatched with Green Lantern, the pair touring the USA of the early 1970s combating social injustice. The misuse of wealth to create even greater wealth is a theme running through Benjamin Percy’s Green Arrow, and after The Rise of Star City he takes Green Arrow on the road again, touring the cities policed by other superheroes.

This, however, isn’t the 1970s. The threat is more focused, a group called the Ninth Circle aiming to take control of the USA by stealth, consequently financing other organisations that will further their ambitions. Think Hydra. Percy uses this to make a few points regarding the USA in 2018, about how demonisation and fear stimulate profit. In common with the way Percy approaches superheroes, this is overstated, exaggerated for effect rather than being the way we’d expect DC heroes to act. The entire tone of the opening chapters is one of lecturing of one type or another. Even given Green Arrow has been framed, the way his former superhero friends treat him isn’t realistic. Would Wonder Woman really prioritise lecturing Green Arrow over dealing with a villain in a heavily weaponised suit who’s already murdered several people? Would Flash really speak down to him as if he’s a naughty child? Such misjudgements underline that the plot is being artificially stimulated, Percy changing the characters to fit the story.

That story is episodic, so for once the constantly changing artistic roster isn’t as disruptive. Stephen Byrne handles the Flash chapter, with Jamal Campbell picking up with Wonder Woman, both good superhero artists. It’s Juan Ferreyra and Otto Schmidt who’re the A-team, though, and each handles two chapters. Ferreyra (sample art left) seems strangely rushed in places, his spreads still looking great, but there are some off looking figures on other pages. That isn’t the case with Otto Schmidt (sample art right), but neither is there the density to his art seen in earlier Green Arrow graphic novels.

To begin with, false notes with the characters hamper what’s otherwise a good plot, with Percy’s ideas effective, but as the book continues the relationships improve. Green Arrow and Batman butting heads is natural, Superman is kept away from the centre of a threat he could so easily handle alone, and the buddy relationship with Hal Jordan’s Green Lantern is well conveyed. It raises the collection back to the usual standard. The ending page is intrusive, connecting not with the following Trial of Two Cities, but with a Batman crossover. 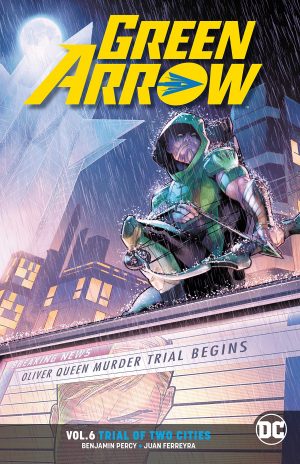