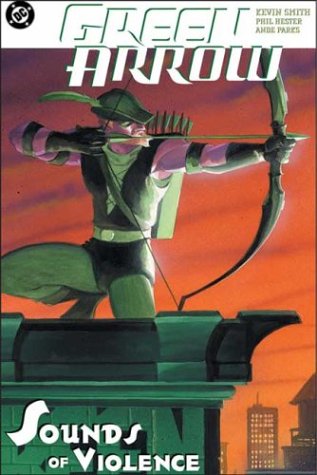 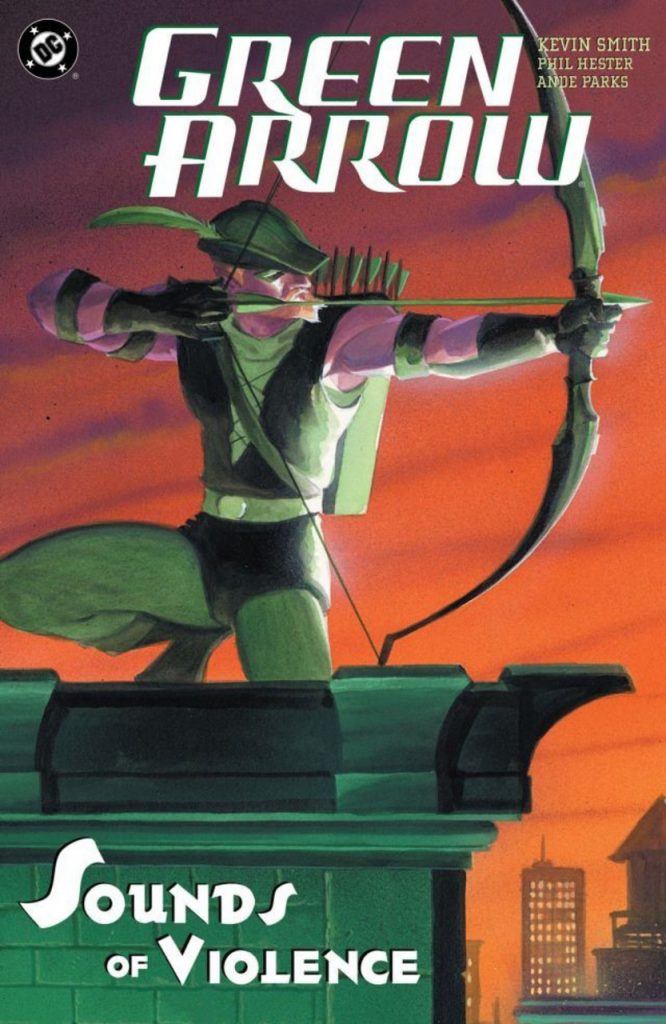 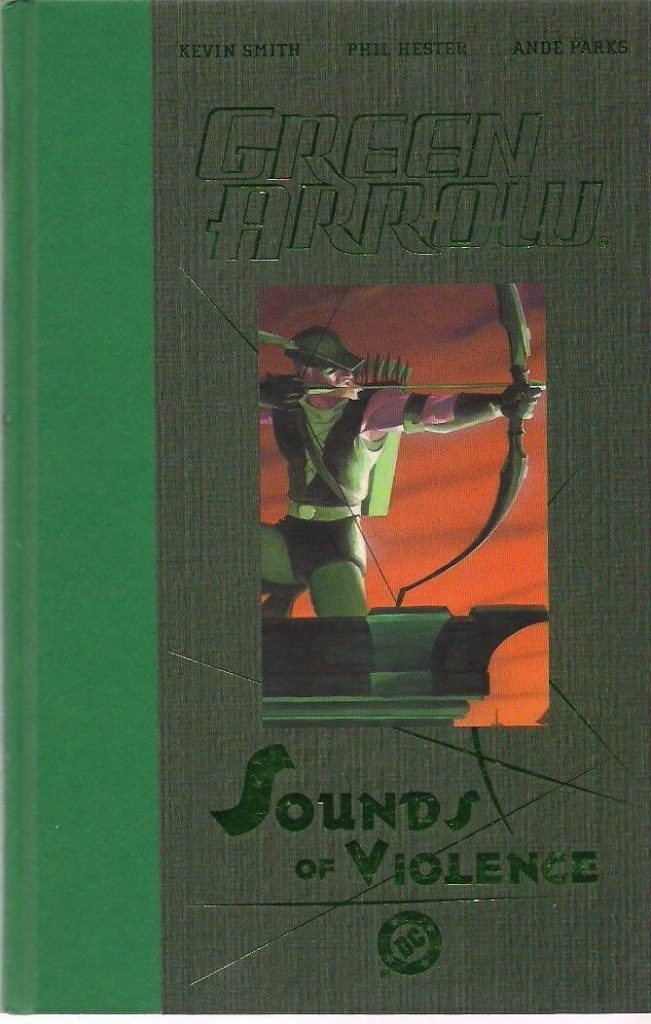 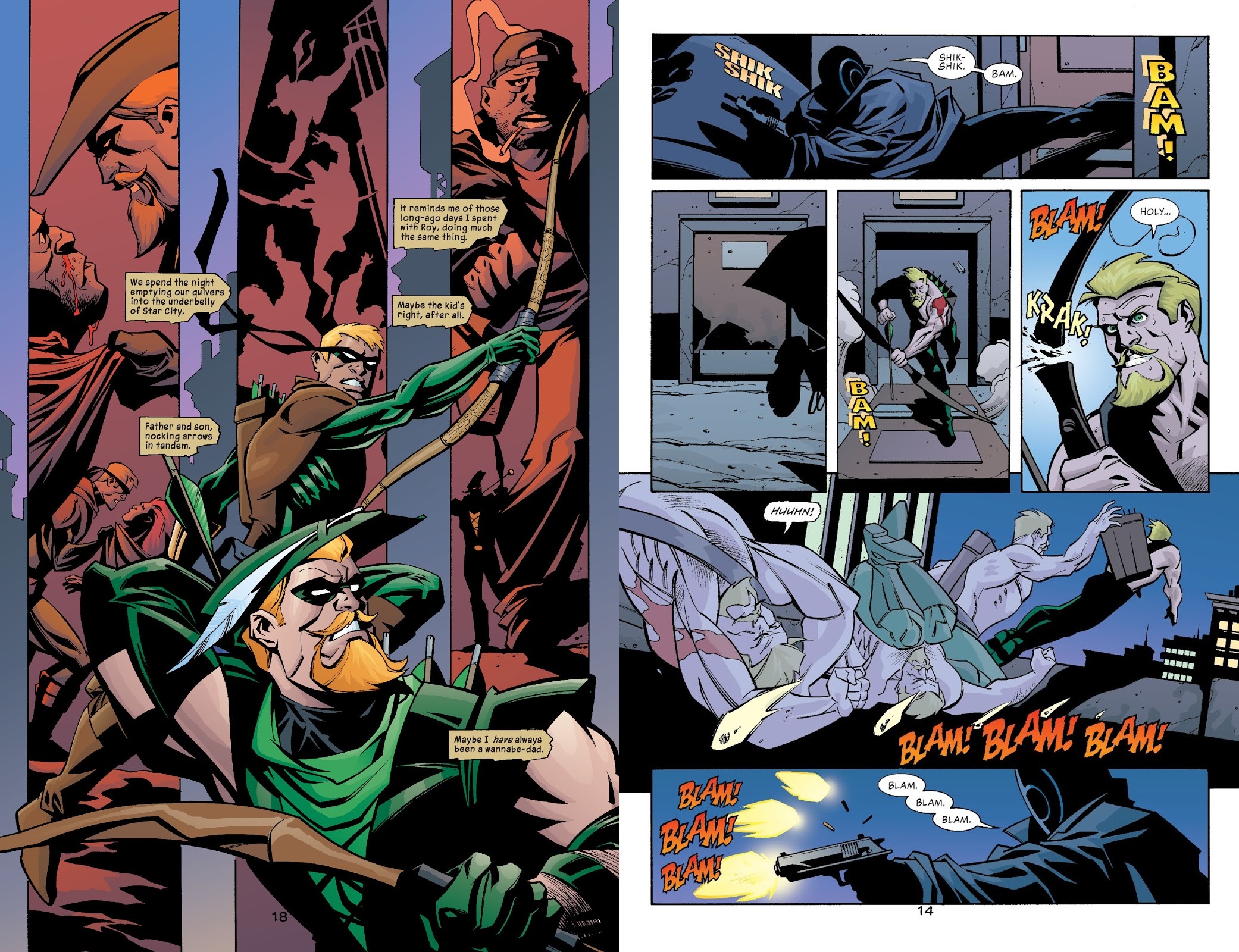 When assigned to Green Arrow, Kevin Smith’s brief was to resurrect Oliver Queen from the dead and return him to his position as the socially conscious, crime-fighting archer of Star City. This was accomplished in some style with Quiver, which also managed nice moments with Black Canary, other superheroes, incorporated the Connor Queen version of Green Arrow, and introduced the surprising and likeable Mia Dearden. She has ambitions to take up vigilante archery herself, and a nice opening chapter contrasts those ambitions with the Green Arrows on patrol. That’s followed by an even better piece as Green Arrow renews his acquaintance with Hawkman, a pair whose opposing ideological views have caused friction in the past, before an unusual date night and its sequel.

That takes us to just about halfway through The Sound of Violence. We’ve had an engaging tour of the supporting cast and their concerns, the villain has been introduced, and there have been a few smutty laughs, some possibly not to the liking of anyone who prefers their heroes to be upstanding. Additionally, Phil Hester has delivered some fine, jagged, art and continues to do so. From then, though, while the character beats pass muster, the plot descends into farce and that’s down to the villain.

Conceptually Smith’s villain is a sound idea, but never transcends that starting point. He’s called Onomatopoeia, and the novelty is that his only dialogue is sound effects. He’ll either imitate a set of noises he’s just heard or pre-empt them, so he’ll be firing a gun while saying “blam, blam, blam”, while all around him the traditional sound effects are lettered in. Over the first couple of panels it’s a novelty, something that would work within the surreal context of something like Doom Patrol, but becomes a massively irritating intrusion in the otherwise almost real world of Green Arrow. There’s no explanation for his peculiarity and nor is there when Smith later uses Onomatopoeia in Batman stories. Would the Punisher have any credibility if he shouted “blam, blam, blam” whenever he fired a gun? While there is a Ditkosque viability to the character, he’s wrong for a piece approximating the real world. It’s very difficult to feel the tension Smith’s stoking around the rest of the story with “blam, blam, blam” on the agenda.

This paperback is the original 2003 release, but the content is now packaged with the far better Quiver in oversized hardcover as Absolute Green Arrow or the equivalent content in traditional format as Green Arrow by Kevin Smith.