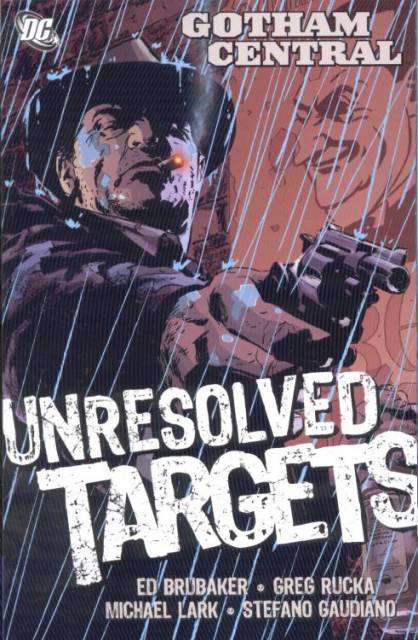 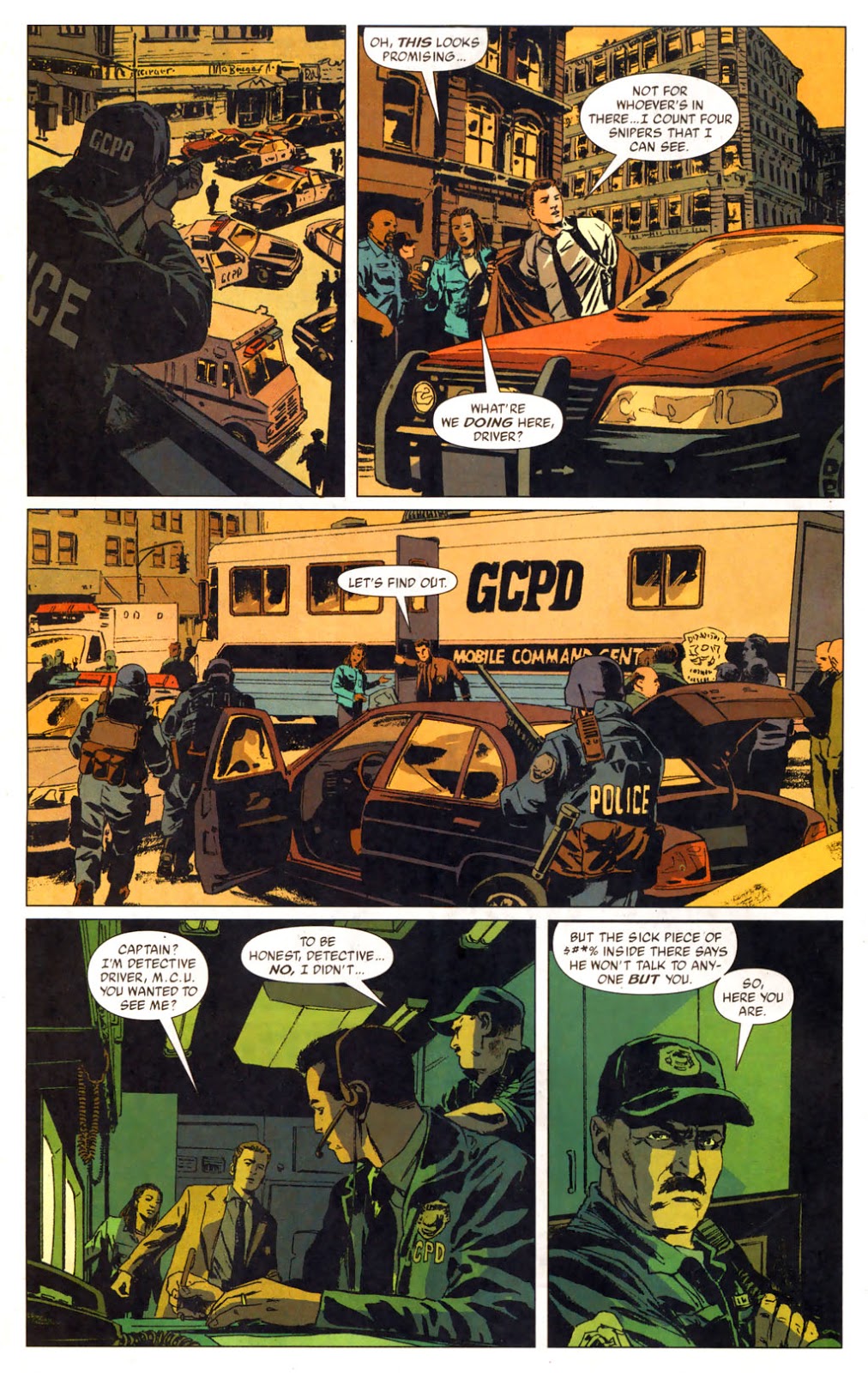 This is, broadly speaking, much the same content that would appear in the later hardback collection Jokers and Madmen, but omitting any material not drawn by regular series artist Michael Lark, which amounts to four issues.

We are left with two meaty procedural dramas, each running to four chapters. In the first there’s a sniper loose in Gotham, targeting civic officials, and thereby instituting broad panic in the city. It features a fine opening discussion between the mayor and the chief of police with some cynical overtones with regard to a tragedy that occurred in In the Line of Duty. Ed Brubaker and Greg Rucka are jointly credited for writing this tense thriller which leads into some unexpected territory.

Equally good is Brubaker on his own for the second tale. Years previously the Gotham Hawks college baseball team had been decimated by a pipe bomb in the locker room. Only two members survived, and a present day incident involving one of them leads to the case being re-opened with new evidence. Until this point in Gotham Central the better known among the Gotham police officers have been sidelined, but here we have former detective Harvey Bullock in all his glory.

Always a rule bender in the service of results, since leaving the force he’s declined, yet is still haunted by the Gotham Hawks case as the one he never put to bed. He has theories, though, and believes the new evidence bears him out. This is contrasted against the still serving officers attempting to carry out their investigation with a bull loose.

Lark’s depiction of Gotham’s gloom and grime is excellent, as the manner in which he characterises the cast, and he’s an integral part of what’s a thoroughly entertaining crime book. There are Gotham villains here, but they play a smaller part than the cover reproductions from the original series would have you believe.

As this is long out of print, though, and the stories missing are good, one introducing a key character, you’d be better off with the Jokers and Madmen collection. The next in the series is The Quick and the Dead.