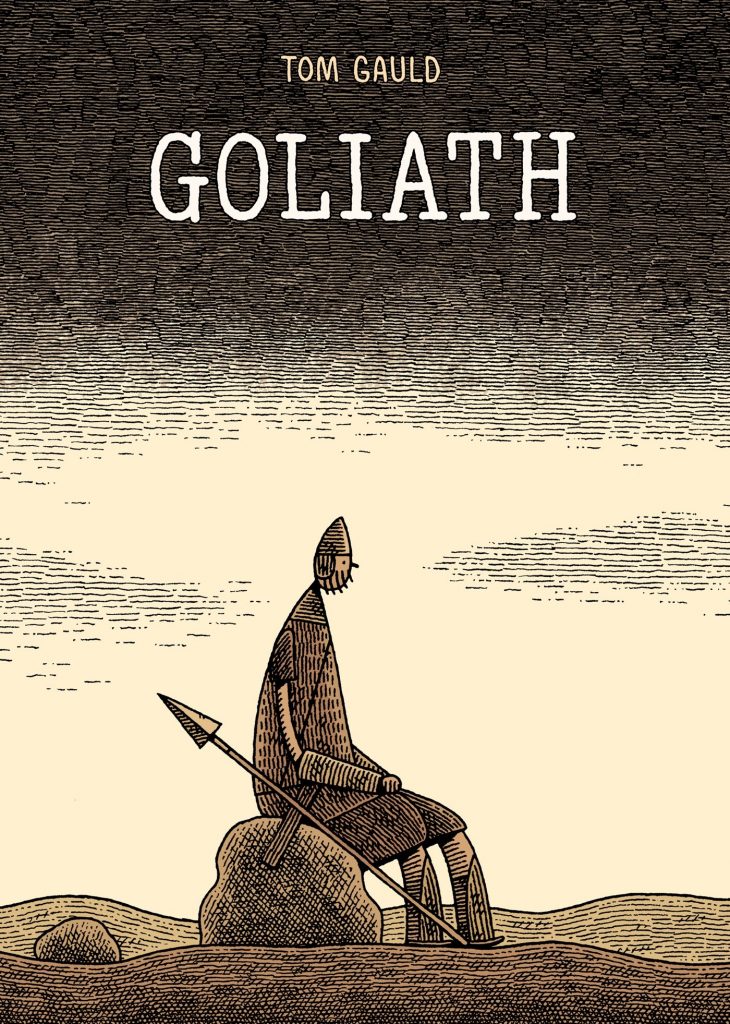 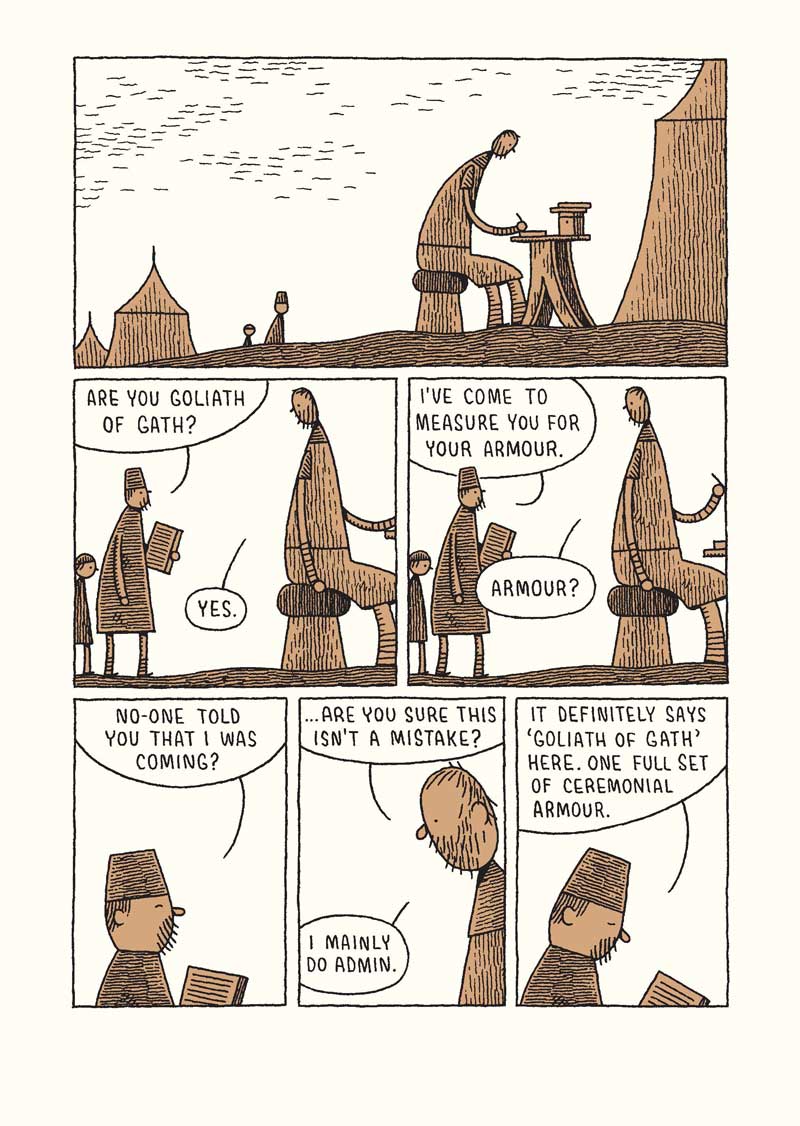 Everybody knows the story of David and Goliath. Big, mean evil guy at the head of an oppressive army terrorising the Israelites until a little boy chosen by God kills him with a stone from his slingshot. But surely there’s more to it than that?

In Tom Gauld’s supremely understated and gentle retelling we see what the petrifying Philistine was actually like and learn history and religion have been more than a little unkind. Like most really big guys, Goliath of Gath is a shy, diffident, self-effacing chap. The hulking man-mountain is an adequate administrator, but fifth worst swordsman in the entire army, which has been camped in opposition to the Hebrew forces for months. Moreover, the dutiful, contemplative colossus doesn’t even have that much in common with the rough-and-ready attitudes of his own friends.

When an ambitious captain gets a grand idea, he has his titanic towering clerk outfitted in terrifying brass armour and orders him to issue a personal challenge to the Israelites every day.

“Choose a man, let him come to me that we may fight.
If he be able to kill me then we shall be your servants.
But if I kill him then you shall be our servants.”

The plan is to demoralise the foe with psychological warfare, to grind them down until they surrender. There’s no reason to believe Goliath will ever have to actually fight anybody. It’s a bit like government policy, where announcing that something is being discussed to be actioned to be carried out is considered exactly the same as having done the task and moved on to the next crucial problem that needed fixing immediately, if not four years ago.

Elegiac and deftly lyrical, this clever reinterpretation has literary echoes and overtones as broadly disparate as Raymond Briggs and Oscar Wilde and, as it gently moves to its grimly inescapable conclusion. The deliciously poignant, simplified line and sepia-toned sturdiness of this lovely hardback or comforting paperback add a subtle solidity to the sad story of a monstrous villain who wasn’t at all what he seemed.