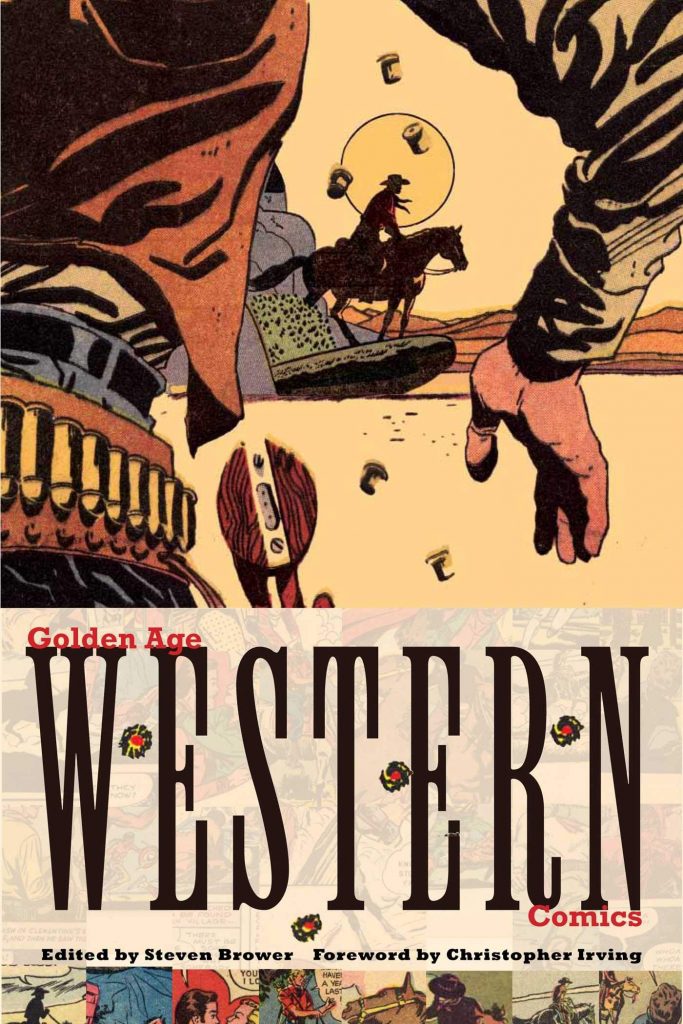 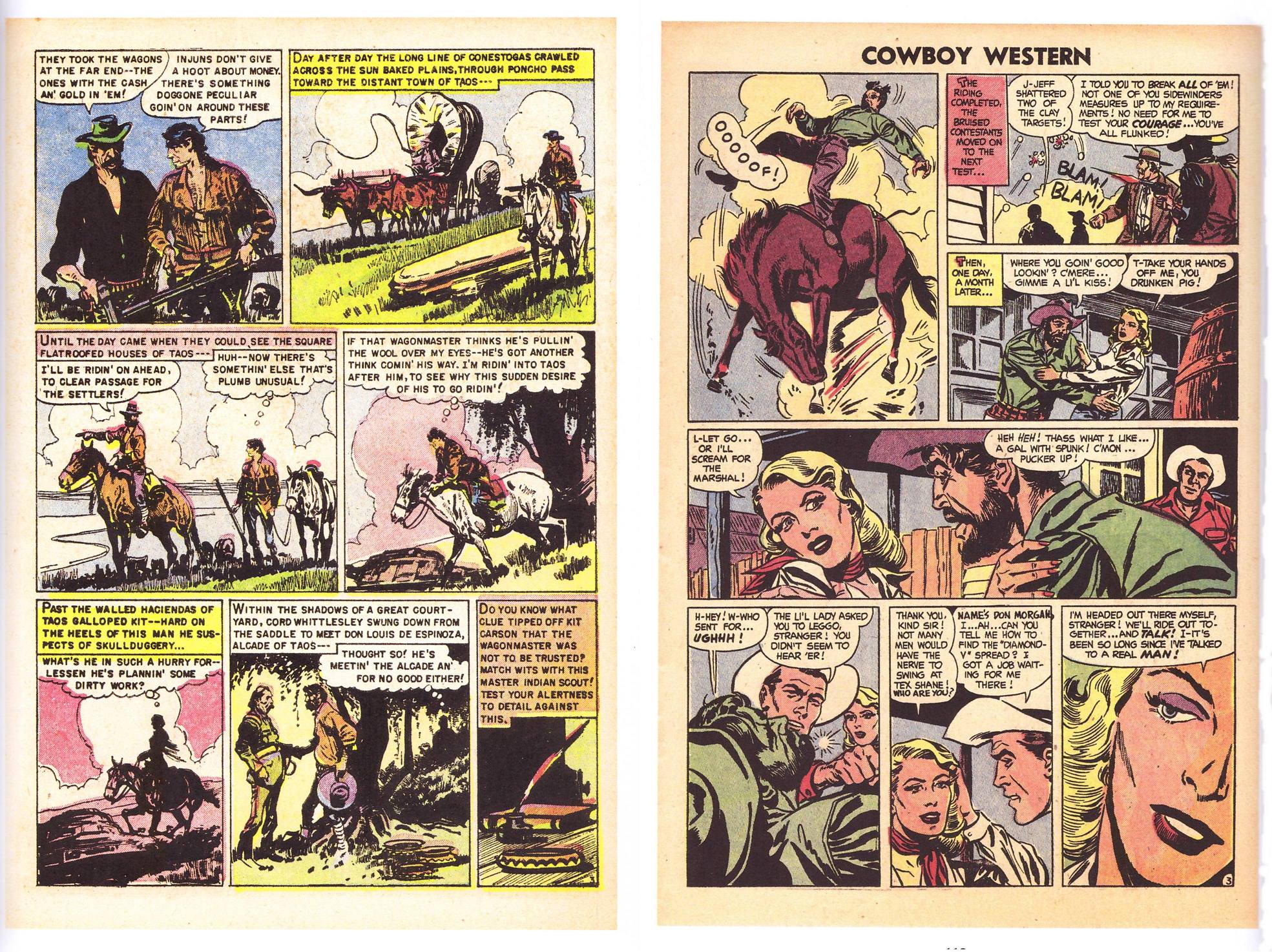 It’s hard to conceive a more obvious case of dressing mutton as lamb than Golden Age Western Comics. The content has been lovingly curated, there’s both an introduction and a foreword, and the design and production are first rate, with aged looking pages on a white background, and a hard cover thoughtfully designed and embossed with faked bullet holes. Open the book, though, and with few exceptions you’ll be greeted by a parade of art that’s functional at best and substandard at worst, and if you try reading the strips you’ll find just as little time and thought has been applied. To claim as the back cover does that they’re the work of the best writers and artists of the era isn’t true, and neither is the back cover claiming Golden Age Western Comics contains over forty stories, when it actually presents twenty.

In the 1940s and 1950s Western comics were heavily fictionalised myth-making about existing heroes from the past such as Daniel Boone, Kit Carson and Annie Oakley, while this collection also features a heroic Jesse James. These are combined with stories about Western actors such as Gabby Hayes and Tom Mix, completely made-up characters like Little Eagle, and the Tenderfoot, and the occasional awkward variant such as Buffalo Belle. Very few move beyond predictable staging, although the complications of ‘The King’s Ransom’ from Lash LaRue Western ensure it’s a cut above. Sadly neither the writer nor the half-decent artist can be identified.

Of the artists who are credited it’s the work of Gerald McCann (sample spread left) who stands head and shoulders above anything else here with strong graphic sensibilities and a refined sense of composition and figurework. Sadly, his work on the Kit Carson strip hasn’t been fully restored, and the obvious delicacy is mutilated by the original muddy printing also being out of register. Mike Sekowsky’s strip is clear and focussed, although the Masked Raider must have the campest Western outfit ever, and there are three strips from a very young Dick Giordano (sample right). It’s not art to swoon over, but there’s a basic competency and appeal absent from the likes of Joe Certa, Jerry Iger, Manny Stallman, and some artists whose credits weren’t known on publication (Edmond Good on ‘Texas Tim’ to name but one).

One editorial choice was tricky. Most Native Americans are portrayed as heroic, if sometimes patronisingly, but nonetheless demeaningly treated within the strips, reflecting both the attitudes of the 1800s and the 1950s. Were such strips not included, Golden Age Western Comics would be open to accusations of omission. There is no easy answer.

Presumably no-one’s going to quibble about the copyright of strips originally dashed off between 1948 and 1955, the cinematic prime of the Western, and issued by long-defunct publishers, but the content is nowhere near as enticing as the presentation would have you believe. Check the recommendations for far better Westerns.